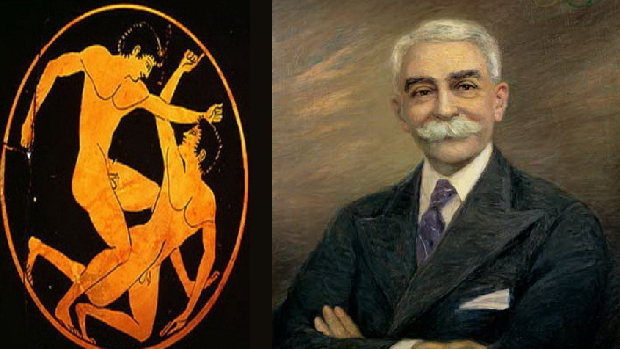 On Tuesday, February 12th, the International Olympic Committee (IOC) made a stunning and highly criticized move to strip wrestling, one of the world’s oldest sports, from the Olympics. The 2016 Rio de Janeiro Games will have wrestling, the exclusion starts with the 2020 Games, for which a host city is not yet named.

Dick Pound, former president of the World Anti-Doping Agency (WADA) and former vice president of the International Olympic Committee (IOC) told Athletics Illustrated, “At a time when the fundamental Olympic values are under great pressure (just see what is going on in cycling and football, among others), the decision of the IOC Executive Board to exclude one of the most traditional of the Olympic sports seems counter-intuitive. This is all the more so when the obvious split among the members of the Executive Board suggests not a principled consideration and decision, but subjective personal opinion, perhaps in some cases influenced by conflict, or perceived conflict, of interest.”

The motion proves that stifling, agonistic European control within the IOC continues to reign supreme; nine of 15 voting members are European. One of those European voting members is Juan Antonio Samaranch Jr. Samaranch Jr., is the son of former President of the IOC, Juan Antonio Samaranch. At the same time Samaranch Jr., happens to be the vice president of the international governing body of modern pentathlon, The International Modern Pentathlon Union (UIPM),  a sport that was spared the guillotine. The vote came down to a decision between axing wrestling – the ancient sport, or modern pentathlon, an event few people recognize what disciplines make up the sport. I perceive conflict of interest.

The Olympic committee’s 15-member voting board, (there is speculation that President Jacque Rogge may not have voted) made the decision by secret ballot at its head offices in Lausanne, Switzerland. Did Samaranch Jr., make an emotional plea to spare the obscure sport of modern pentathlon?

The Associated Press report:
“The IOC program commission report analysed more than three dozen criteria, including television ratings, ticket sales, anti-doping policy and global participation and popularity. With no official rankings or recommendations contained in the report, the final decision by the 15-member board was also subject to political, emotional and sentimental factors.”

Mr. Pound appears to be onto something. I lay my money on Samaranch Junior’s emotional plea.

“The question of why wrestling should have been singled out does not have an easy answer. As a sport, it has many, if not most, of the elements of sport: conditioning, strength, speed, agility, tactics, one-on-one competition. It is clearly one of the classic sports, with a much longer and closer connection to both the modern and ancient Olympic Games than many of the other sports that are precociously described as the “core” sports, including other combative sports and recent inventions,” shared Pound.

Right again. Like athletics, wrestling is one of the longest-standing competitive sports. Wrestling is an original sport dating back to the ancient Greek Games from 708 B.C. The Olympic Games took place 293 times from 776 B.C. to 393 A.D., a period of nearly 1200 years. Wrestling was again included at the beginning of the modern Olympic movement in 1896 as part of Baron Pierre de Coubertin’s first modern Games; he is considered the father of the modern Olympics.

With broken hearts, the ancient Greeks would roll over in their graves.

Modern pentathlon was created by de Coubertin in 1912. he is also a founder and president of the International Olympic Committee. Modern pentathlon’s competitors take on enigmatic events like pistol shooting, show jumping and the baffling, epee fencing. Accessibility and popularity are important criteria for the IOC when considering the relevancy of individual Olympic sports, so they say, but modern pentathlon is available only to the privileged. How many third world athletes have access to the equipment required to practice modern pentathlon?

Conversely, wrestling requires limited resources to practice. Wrestling is a pure sport as there is no judging. How the athlete-wrestler looks and dresses has nothing to do with the result of their competition. However, judging is open to subjective interpretation and opinion and has also proven to be prone to corruption. The only beauty that de Coubertin referenced was the moral beauty of the motto that he helped to popularise: Citius, Altius, Fortius or Faster, Higher, Stronger. Coubertin said “These three words represent a programme of moral beauty. The aesthetics of sport are intangible.”   The wrestler pins his or her competitor to the mat, there is little ambiguity in the result.

“The IOC Executive Board should be pressed for an explanation. It should also not repeat the insulting error of giving the IOC Session (composed of all the IOC members) a single option on which to vote…”

“True, the officiating of wrestling involves some elements of subjective opinion, but far less than in many other sports and there are seldom major officiating controversies, unlike in many other of the judged sports, including but not limited to tae kwon do, boxing, diving, gymnastics, football and skating.  There is, however, no indication that this was at the root of the IOC decision, said Pound.”

Wrestling will now join seven other sports in applying for inclusion in 2020. The others are a combined bid from baseball and softball, karate, squash, roller sports, sport climbing, wakeboarding and wushu. One of these events may be included in the 2020 Games.

What would the Greeks say should roller sports or wushu replace wrestling?

Wushu is not a globally popular sport. It is primarily confined to China and is a standardized form of martial arts as defined by the wushu governing body. The events are performed using compulsory routines, which are created for the athlete, resulting in each athlete performing basically the same set; wheel in the judges.

Dick Pound added, “The IOC Executive Board should be pressed for an explanation. It should also not repeat the insulting error of giving the IOC Session (composed of all the IOC members) a single option on which to vote, as it did on the last occasion when the program was revised in 2009. If it does, the IOC members should indicate their dissatisfaction by rejecting the proposal, or risk becoming irrelevant in one of the major aspects of their Olympic responsibilities – the design of the Olympic Programme.”

De Coubertin, le rénovateur of the modern Olympic Games, died on September 2nd 1937. At his request, he was buried in Lausanne, almost within sight of the present IOC headquarters. His last will and testament stated that his heart was to be removed from his body and buried near the site of the Ancient Olympic stadium, where it had always been, where wrestling originated, not modern pentathlon.