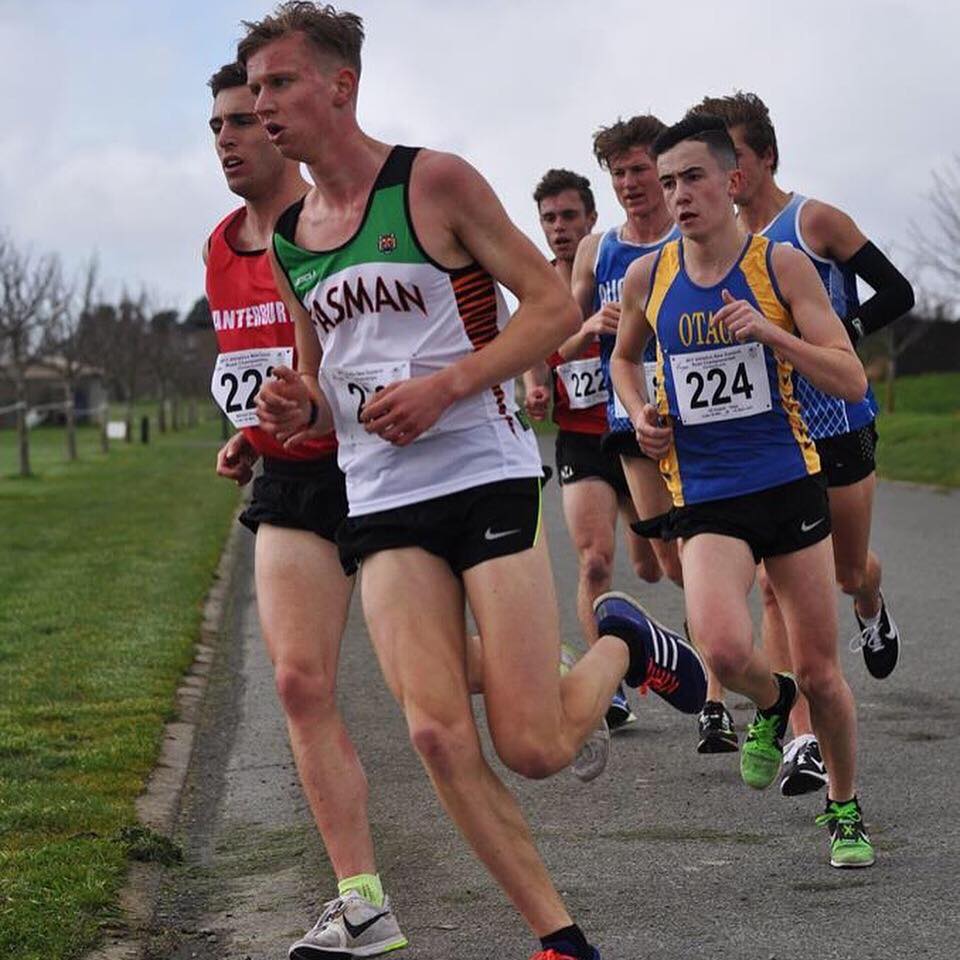 Theo Quax is a middle-distance runner from Auckland, New Zealand, who specialises in the 1500-metre event. He also toils in the 800 and 3,000m distances.

The 18-year-old (born Dec. 1999) is currently deliberating on which NCAA school he should commit to for next year. He has narrowed it down to two: Northern Arizona and Minnesota for two very different reasons.

Quax, the younger, is a former rugby player, who discovered running at the age of 15 and has excelled at it from the beginning.

Christopher Kelsall: So, are you done with rugby?

TQ: I dropped rugby in year 11 (15 years old) to focus on running. The decision was made easier when I suffered a concussion that left a scar near my left temple. I had planned prior to my injury that I would drop the sport at the end of the year.

TQ: I played baseball when I was really young, but in school, I tried everything from basketball to soccer.

CK: At what age did you discover that running is something that you would like to pursue?

TQ: I started taking running seriously when I was about 15 or 16. That’s when I realised the opportunities I could create for myself as well as that’s when I really started enjoying it.

CK: Are you going to school in New Zealand? Or will you consider the NCAA?

TQ: NCAA. I have been talking to schools in the states for a while now and will soon have to make a decision between my two top schools, Northern Arizona University and the University of Minnesota.

CK: Both good choices, you have two-time Olympian Steve Plasencia leading the Gophers and of course Michael Smith at Northern Arizona with all his collegiate success. What do these two schools have that grabbed your attention?

TQ: Well Minnesota has a great track and field program backed by a strong engineering faculty which is what I am looking to study. While NAU is probably the best place in the world for a distance runner to pursue tertiary education but has a slightly weaker academic program. Both are great options, honestly, wish I could do both.

CK: What sort of trainer are you? Do you like mileage volume or do you prefer to get the most out of each session?

TQ: While I do love mileage and racking up big weekly km’s I do enjoy a hard track session, I would say I am a quality over quantity trainer, I will increase the quantity only if I am hitting the times.

CK: It appears you are focussing on the 800m and 1500m distances. Do you have a sense yet, if you will move into one specifically for your collegiate career?

TQ: I have always preferred 1500m and considered it my specialist distance. I enjoy 800’s as well but I think as my career progresses I will move up to 5,000m potentially and double them with 1500’s instead. All just speculation at the moment but it seems to be where I am headed as I start strengthening up and enjoying longer distances more.

CK: Has that always been the plan or was it when you dropped your 3K to 8:22, did you think then that you will go longer?

TQ: Wasn’t always the plan. It was after a strong road season that I realised my endurance was sharper than my speed and that it would be a good change for the future.

CK: What sort of strong road performances did you have?

TQ: I won the National U20 road race championship and won Auckland’s secondary schools in a record time. Which were unexpected but revealed something about myself I did not know.

CK: Your father’s generation and the decade before him produced a prolific group of athletes. Are you constantly being made aware of the Lydiard effect in New Zealand and the rest of the world?

TQ: It would be hard as a distance runner growing up in New Zealand to not hear about the likes of Lydiard, Snell, Halberg, Walker and my father. The Lydiard training theory is almost law when it comes to training here, very few coaches vary from it and if they do they don’t stray too far away from its core principles.

CK: So would you consider yourself a student of the sport?

TQ: You could say that, still much to learn, however.

CK: Somewhere you mentioned that you would like to compete in the Olympics. I assume 2020 is a little too soon?

TQ: Competing in the Olympics has always been a dream of mine for almost as long as I can remember. It would be an honour to compete at the highest level of the sport but unfortunately, I don’t think that would be a possibility for 2020 in a sport like distance running. Soon after hopefully!

CK: So logical steps are college, Oceania Championships and then Commonwealth Games.

TQ: Yeah, I think the first major goal would be Commonwealth 2022

CK: One common weakness with many athletes is a  lack of trust in their coach. Do you feel a real sense of comfort having your father coach you, where you don’t have to second-think your plan? That must be a load off of your mind.

TQ: Knowing that he has been through everything and he understands me better than anyone is definitely a weight off my shoulders, yeah. I feel I can 100% trust my coach.

CK: Are you going to grow the legendary Quax mustache?

TQ: I wish I could, I have made attempts to work on it but I am not mature enough to be able to pull off a full, bushy Quax Mo. I will make another attempt in the future, however.

CK: We will follow the media images for the growth pattern, both as an athlete and as a bushy Quax mo-grower. What are your goals for the upcoming outdoor season?