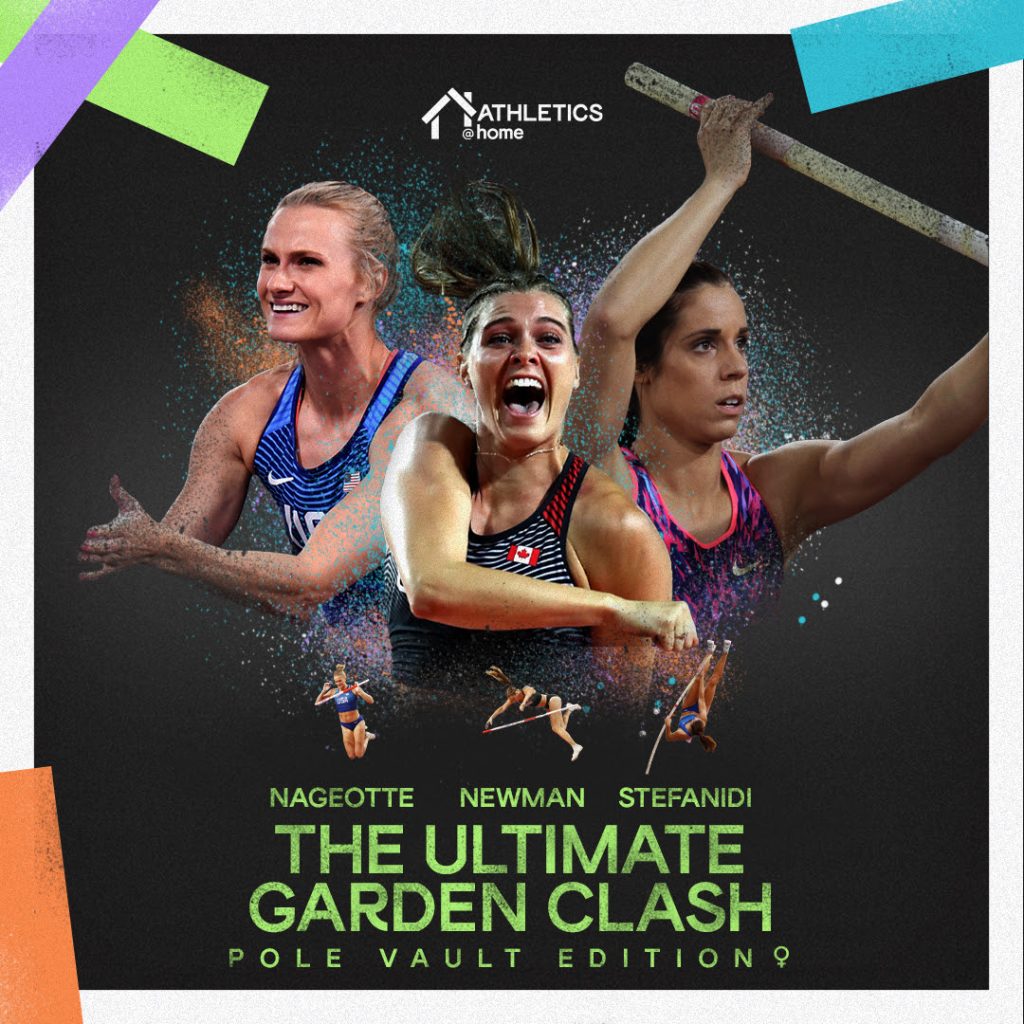 Three of the world’s best pole vaulters are set to take part in the second Ultimate Garden Clash on May 16.

This clash comes after the first Ultimate Garden Challenge which included Mondo Duplantis, Renaud Lavillenie and Sam Kendricks – the event was a hit.

Duplantis and Kendricks ended up tying with 36 clearances each during the 30-minute competition.

The women are hoping to match or better the men’s tally of 98 clearances.

For the women’s challenge, the bar will be set at four metres, with each of the athletes competing at their respective training facilities.

The event is scheduled to take place on May 16 from 6:00 pm CEST with Stefanidi competing in Athens in Greece, Nageotte competing in Georgia in the United States and Newman competing in Ontario in Canada.

What’s up next at Athletics Illustrated: July, 2020

Person of the Week for July 6, 2020: Allison Grace Morgan

Survey: How do you feel about doping in athletics?

Barry Fudge’s stepping down from UK Athletics a good thing

What do you think of doping? Do our short survey.

What’s coming up at Athletics Illustrated!