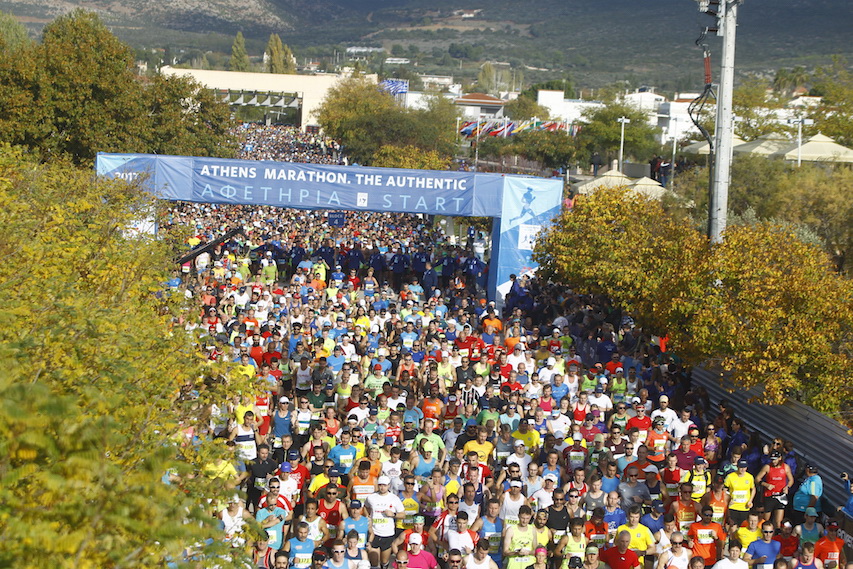 The Athens Marathon will go ahead on the traditional route from the village of Marathon to the capital on November 11 without changes despite the devastating fires which took place on parts of the course in the summer. The course, which is essentially the same as in the first Olympic Games of the modern era in 1896, leads through the town of Mati which was in the centre of the tragedy in July.

In the weeks before the 36th edition of the “Athens Marathon – The Authentic,” the Hellenic Athletics Federation (SEGAS) is launching a project inviting its Official Sponsors and Partners to help revive the coastal areas of Attica devastated by wildfires in late July. While the name of the project is “Runners’ Forest“, the concept is for a “green revival“, buying and planting trees for just over four kilometres along the marathon course in the village of Mati, around 12 to 16 kilometres into the race. The overall death toll is estimated to be approximately 100 in what was one of the worst cases of fire devastation this century.

The project aims to raise funds from event sponsors and partners to complement the initial contribution from the Hellenic Athletics Federation. Decisions about the kind of trees to be bought and where and when they should be planted in public areas would be co-ordinated with official state agencies and relevant experts. This scheme is separate from renovation projects already organised and being carried out by the Greek government.

Runners taking part in this year’s “Athens Marathon. The Authentic” will also have their chance to promote awareness of this project. On race day, November 11, each participant will be given a green bandana or headband to wear when they run through the burned-out areas around the village of Mati. The aim is to create a “Runners’ Forest” of a green revival in the aftermath of devastation.

It is also hoped that in winter and spring 2019, volunteers and local runners, given the agreement of state and local authorities, will join in planting trees bought by this fundraising in the affected area, thereby creating a permanent “Runners’ Forest”.

Meanwhile the “Athens Marathon. The Authentic” has record numbers of participants for the various events taking place on November 11. 18,750 have entered the historic footrace, beginning as usual in the coastal town of Marathon and a total of 55,000 will be involved over a variety of distances. Both figures are record entries and the latter is the maximum the event can hold in its present form. Discussions are already underway to assess what changes might be made to allow more participants in future years, starting with 2019.

As ever, it will truly be a week of the marathon in the build-up to race day, since the 12th edition of the annual international Marathon Symposium will be organised in Athens by the Association of International Marathons and Distance Races (AIMS) and SEGAS. It has been the AIMS headquarters since 2011 and the city will also host the AIMS “Best Marathon Runner” (BMR) Awards for the outstanding male and female runner over the classic distance in 2018 on Friday, November 9. The votes of more than 400 AIMS members will decide the outcomes.

The victor’s laurels are always hard-earned for the men’s and women’s champions when they are presented in the Panathenaic Stadium, given the demanding course, but they and thousands of their fellow runners who cross the finish line in Athens this year should have even more reason to appreciate the unique nature of their experience.

More information is available at: www.athensauthenticmarathon.gr