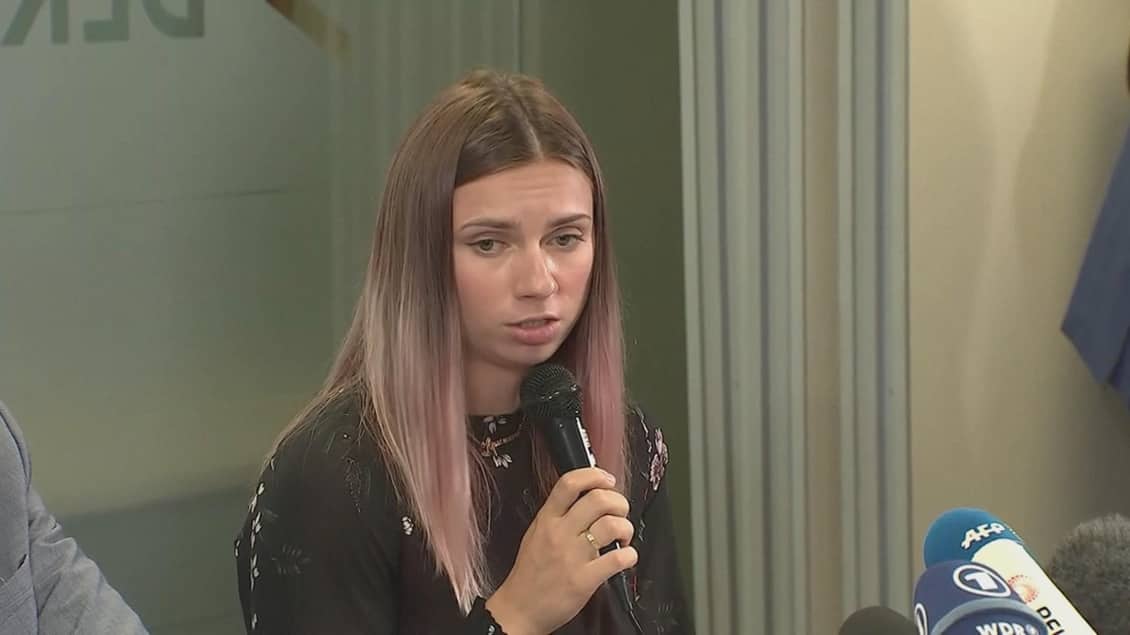 She used her phone to translate a plea for help and showed it to Japanese police as she tried to avoid being forced onto a plane.

During a Warsaw news conference on Thursday, Tsimanouskaya said she was told to pack her bags on Sunday after she posted a message on social media criticising the way her team was being managed. She said team officials told her to say she was injured and had to go home early.

Reassured to see that the athlete Krystsina #Tsimanouskaya arrived safe in Poland.

One more proud Belarusian has however been forced to flee her own country due to the actions of the Lukashenko regime and Olympic truce been violated.

She spoke briefly to her grandmother, who said there was a massive backlash against her in the media in Belarus, including reports that she was mentally ill. Her grandmother advised her not to return. Her parents suggested she could go to Poland.

Thomas Bach, IOC president said the IOC was very happy that Tsimanouskaya, who is now in Warsaw, Poland after being granted a humanitarian visa by the country, is safe and she is with her family after Belarusian coaches tried to send her home against her will.

Yuri Moisevich, the Belarus athletics head coach, and official Artur Shumak were requested to leave the Olympic Village immediately and have left.

The 24-year-old, who was forced to miss her 200m race on Monday, Aug. 2, alleges that Belarusian officials attempted to forcibly make her leave without her consent.

Although stripped of their accreditation, Moisevich and Shumak, were still able to have contact with Belarusian athletes.