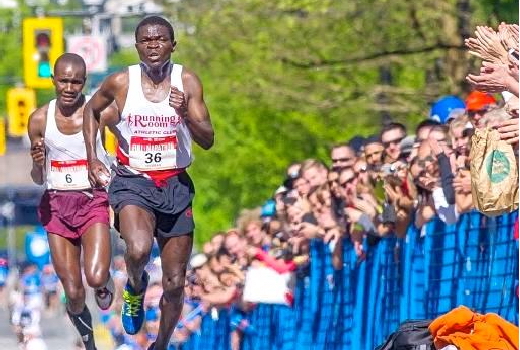 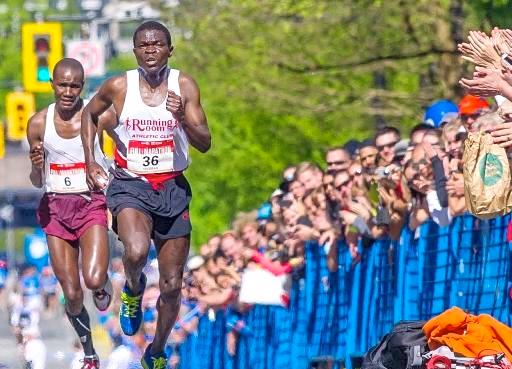 Kenyan Thomas Omwenga, who currently trains in Hamilton, Ontario, will be racing the 2014 GoodLife Fitness Victoria Marathon this Sunday, October 12th with the intention of winning the event for his third time.

This will be Omwenga’s fourth time racing the event overall. During the 2013 edition he finished in fourth position with a slow result for his standard, finishing in 2:26:35. He ended up well back of countrymen, Josephat Ongeri with his finish time of 2:19:53 for third place, while Kip Kangogo (now Canadian) with his second-place finish time of 2:15:35 and overall winner and new course record holder Lamech Mokono, who crossed the line in 2:13:42. “So far I can say I have prepared very well despite the normal challenges that come up in training,” offered Omwenga.

“In 2011 and 2012 I did many marathons, which exhausted my body completely. Like cars also our bodies need service and service is to rest. I decided to reduce the number of competitions for two years during the 2013 and 2014 seasons so that my body can recover,” shared the 32-year-old, who is from Sontu about 200 kilometres west of Nairobi.

This year Omwenga will be paced by American Ryan Vail for the first 16 miles or 26 kilometres. Omwenga will have to contend with 27-year-old countryman Daniel Kipkoech, who has run the marathon distance as fast as 2:19:20 from two years ago in Caen, France, Kipkoech joining the race should make for good competition. However, defending champion Mokono is a late scratch.

Asked if he is going back or staying to train in Canada he said, “I am not intending to go back soon, at least no until next year when I will start serious training to better my personal best for the marathon distance.”

Vail is in town as his wife Eva will be racing her first marathon. The next marathon that Ryan Vail will be competing in will be the New York Marathon in November.

Past winners of the GoodLife Fitness Victoria Marathon, which was formerly known as the Royal Victoria Marathon are three-time Olympian and former British 10,000m record holder Jonathan Brown, two-time Olympian Bruce Deacon, two-time Canadian marathon champion Jim Finlayson as well as Steve Osaduik who won the race three-consecutive times including setting a course record of 2:16:49 in 2006, breaking the long-standing record set by Surrey’s Tom Howard, which lasted from 1980. Kelvin Broad won the race five consecutive times and finished second once. His personal best of the six events was 2:23:02 from 1994. Broad also won the Calgary Marathon eight times.

The GoodLife Fitness Victoria Marathon will be enjoying its 35th running this year. There is also a half marathon as well as an 8K event and a kid’s 1K fun run. In total between 10,000 and 12,000 participants take in the weekend of events.