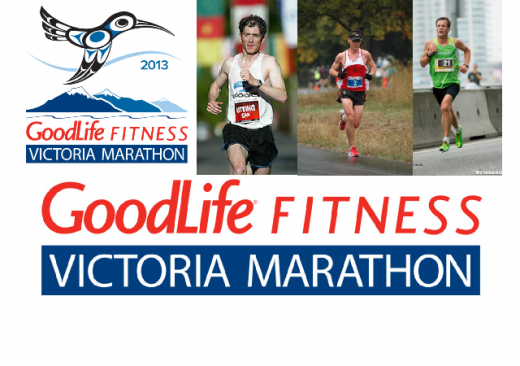 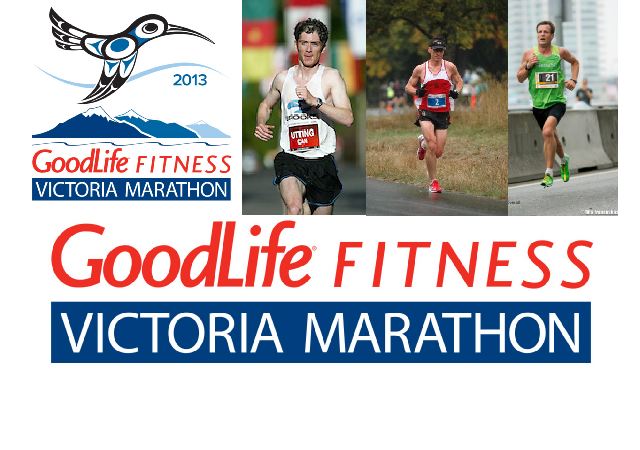 Three Greater Vancouver area runners plan to break Tom Howard’s twenty-five-year-old GoodLife Fitness Victoria Marathon master’s course record that was set in 1988. Howard’s 40-44 age-group record is 2:27.36, while the course record for 45-49 category is just 2:33.45, which was set by Danny Gonzalez of Lake Oswego, Oregon in 2009.

Howard was the winner of the inaugural Royal Victoria Marathon in 1980, where he finished in 2:21.45. The next year the Surrey, BC resident set the long-standing course record of 2:18:49, which would not be improved upon until Steve Osaduik of Fort Langley, BC broke it by exactly two minutes in 2006. The current open course record is 2:14.33 as set by Kenyan, Thomas Omwenga during the 2011 edition.

The 34th running of the event, will take place Sunday, October 13th on Canadian Thanksgiving. The three challengers are Kevin O’Connor, Oliver Utting and Graeme Wilson. When asked about his current fitness the 46-year-old O’Connor said, “I am currently in 2:27 shape; my goal is to run 2:27 and to beat Tom Howard’s course record. Mind you I saw Canada’s fastest marathon times and he has a best of 2.13 so he was elite quality. If weather co-operates we have a chance.”

O’Connor’s best is 2:26.04 set 19 years ago and perhaps does not reflect his ability to run the marathon, as he has personal bests of 14:48 for 5000m, 30:06 for 10k and owns a half-marathon best of 66:52, which all point to a time closer to the 2:20 mark. “Every workout has been run at 2.27 projected times and I’ve only missed three of them in last four months,” said the former resident of Great Britain, when asked how summer training has gone for him.

O’Connor could better the national 45-49 age-group record if he was a Canadian citizen, currently he is a permanent resident, and said “I can go after the 50-year-age-group records in a few years and the BC record which is just 2:33 for the 45-49 age category.”

He may have his hands full with Utting, who has been training, in his words, “harder for this than any race in recent memory.” The Canadian 40-year-old master is at the youngest possible age to compete in this category, so now is his best chance to run well as a master. He told Athletics Illustrated, “I think my fitness is good. I have been following a new training plan (Brad Hudson’s book), which is actually the same plan that Kevin (O’Connor) and Graeme (Wilson) have been following. So it will be very interesting to see how we respond.”

Utting has only raced once since the Victoria, BC-based, TC10k in April. He took part in a 47 km race in Italy. He won it, and said, “It was also almost three months ago! I had hoped to do the September 14th Vancouver Eastside 10k, but was sick, so that didn’t happen. It is hard to draw many conclusions (about my fitness) from that race in Italy. I will be very happy with 2:27. It is possible if the weather is good.”

Utting finished the TC10k in 31:26, meanwhile O’Connor crossed the finish line in 33:06.Utting’s personal bests are similar to those of O’Connor’s however, has managed to match his marathon time to his shorter distance bests, he ran the marathon as fast as 2:21.03. He also has run the 5000m over 20 seconds faster than O’Connor, while their 10k times are almost the same. O’Connor did manage to race the Eastside 10k and finished in 32:23.

Wilson’s personal bests are more recent, where four years ago he ran the half-marathon in 1:10.08 and the marathon in 2:27.58, his 10k best from 2008 is 31:36. Between the three there is every possibility that Howard’s record may be in peril. Utting, paraphrasing Wilson, said, “We will run together as friends until the water table at five or seven kilometres to go, then we aren’t friends again until we get to the end of the race.” The Vancouver native added, “at the end of the day, having us all aiming for this race has pushed each of us to a higher level and whatever happens we will have fun and enjoy the always well-organized GoodLife Fitness Victoria Marathon; although, it might only seem fun in hindsight, and not at 37 km!”

The event was previously known as the Royal Victoria Marathon, the name changed with the addition of title sponsor GoodLife Fitness in 2010. The following prize money is available in the Marathon, with identical awards for men and women:

Howard’s records may never be truly beaten, as they were run on a slightly different course from the current iteration.