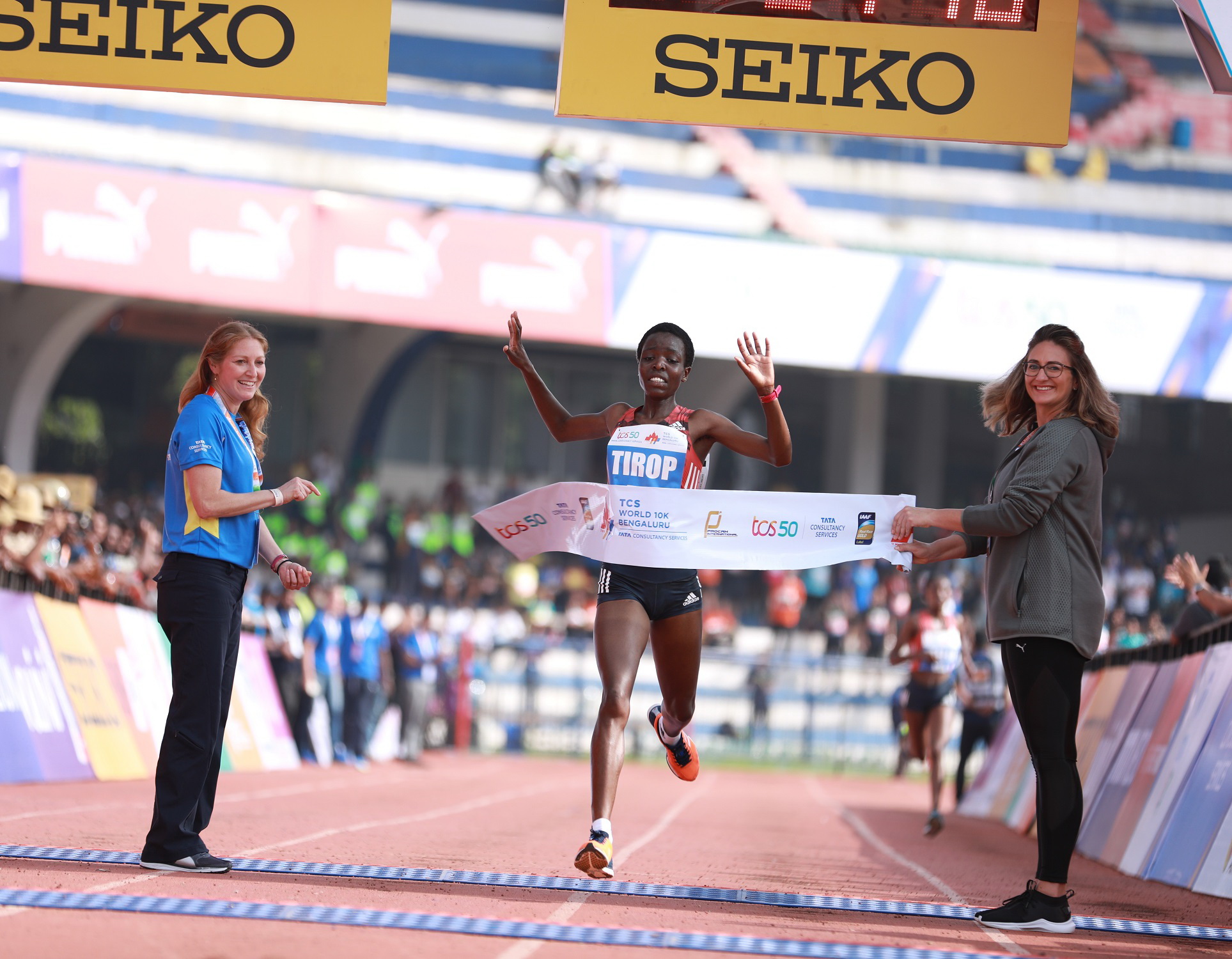 The essence of athletics is all about head-to-head competition and the 12th edition of the TCS World 10K promises to deliver that in abundance after the elite fields for this year’s race on Sunday 19 May were announced with 20 days to go.

Koech vs Kiprotich, Legese vs Belihu:

Kenya’s Geoffrey Koech and Vincent Kiprotich Kibet finished 2018 as the third and fifth-fastest men over 10K in the world last year with 27:18 and 27:21 respectively, both times considerably faster than the TCS World 10K course record of 27:44 set by their compatriot Geoffrey Kamworor in 2014.

Koech, the fastest man in the field, hasn’t been in quite the same form in his two outings so far this year, both half-marathons, but is hoping that dropping down in distance will pay dividends. Meanwhile, Kiprotich Kibet has already won one major 10K race this year, winning the famous Würzburger Residenzlauf in Germany in 27:35 on August 14.

Ethiopian duo Birhanu Legese and Andamlak Belihu both know what it’s like to win on Indian roads having respectively won the Tata Steel Kolkata 25K and Airtel Delhi Half Marathon in December and October last year.

Legese, second in Bengaluru last year, has also started the year in winning fashion by taking the honours at the Tokyo Marathon in an impressive 2:04:48 in March while the 20-year-old Belihu was eighth at the IAAF World Cross Country Championships.

Factor in Turkey’s in-form Kaan Kigen Ozbilen, who has already had a quick marathon and half-marathon outings this year, and Kenya’s ever-competitive two-time world championships medallist Bedan Karoki, who was second behind Legese in the Tokyo Marathon last month, and the men’s race promises plenty of thrilling high-quality action.

Tirop to defend her Bengaluru title:

Kenya’s Agnes Tirop returns to the Garden City to defend the title – a feat never achieved before in the women’s race since the TCS World 10K was inaugurated in 2008 – she won last year. In 2018, Tirop set a course record of 31:19 after managing to shake off Ethiopia’s Senbere Teferi with just 250-metres to go.

Teferi, who won the RAK Half Marathon earlier this year in a national record 1:05:45, is also back in Bengaluru while other familiar faces on the start line include Kenya’s Caroline Kipkirui and Ethiopia’s 2018 world half marathon champion Netsanet Gudeta, who were third and fourth in 2018.

Add into the mix the presence of Kenya’s world record holder Joyciline Jepkosgei and Ethiopia’s Tsehay Gemechu, who leads the 2019 10km world list after her win in the Spanish city of Valencia in 30:15 and you have a race that should be a match for the men’s contest in terms of excitement.

“Every year the quality of the elite fields for the TCS World 10K Bengaluru gets better and this year is no different. We have world record holder Joyciline Jepkosgei and five male athletes whose personal best is well below the course record. This IAAF Gold Label Road Race has consistently been rated as one of the best in the world. This is in line with our commitment to bringing the world’s top athletes to Bengaluru and complimenting their efforts with great running experience,” commented Vivek Singh, joint managing director
of race promoters Procam International.

An estimated 25,000 runners will take to the roads for five different races in what has become one of highlights of Bengaluru’s sporting year.

In addition to the TCS World 10K for elite runners, there is an Open 10K, the Majja Run (5km) the Senior Citizens’ Race and Champions with Disability Race (both 4km).

Apart from being a globally acclaimed sporting event, the TCS World 10K has created a phenomenal impact in terms of social change and established itself as one of the largest platforms for charity in India.

Pioneers of the distance running movement in India, race promoters Procam International’s Big Four – the Tata Mumbai Marathon, Airtel Delhi Half Marathon, TCS World 10K Bengaluru and Tata Steel Kolkata 25K – are among the leading races in the world at their respective distances.

In addition, these events have ushered in a running revolution that has helped to redefine the health and fitness of India, as well as the philosophy of philanthropy, especially in the cities where the events are staged.