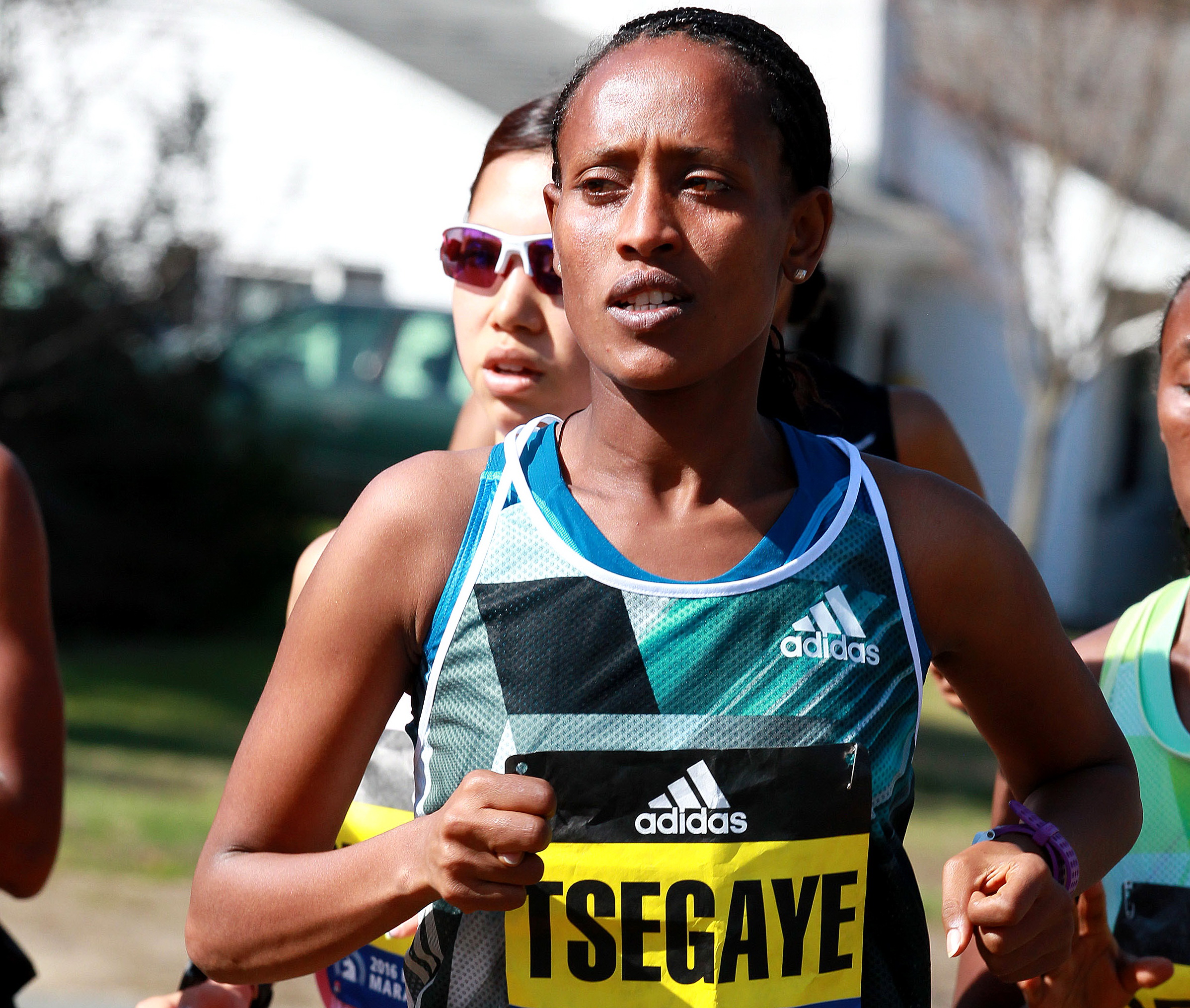 Three years ago, and prior to giving birth to a baby boy, Tirfi Tsegaye was ranked amongst the world’s greatest marathoners with some incredible performances. Now, after gradually returning to training, the Ethiopian Olympic runner makes her first start at the Scotiabank Ottawa Marathon, May 26th since the arrival of young Tilember Miresa.

As if these credentials aren’t impressive enough, consider she also won the both the Tokyo and Berlin Marathons in 2014 and finished 3rd in London. Few athletes have made the podium in one World Marathon Major let alone four.

“Training is going good,” Tsegaye says from her home in Addis Ababa. “But, I’m not like how I was before. It’s been a little different for me coming back but still training. I’ve missed it a lot. I’ve even missed the training more than the actual competitions. I’m pretty excited about the Ottawa marathon.”

Under coach Gemedu Dedefo she has slowly regained her form and counts such stalwarts as Shure Demise, a two-time Toronto winner, and Alia Mohammed, 2018 Ottawa 10k champion amongst her training partners.

During her maternity leave, she split with her husband and is combining motherhood and marathon training, which would cause concern but for the fact she is such a disciplined and highly experienced athlete.

“It’s tough but I manage,” she admits. “I have a nanny and she helps me out with the baby and other errands. When I come back from training I get exhausted, so, it’s really nice to have some help around the house.

“Pregnancy takes a lot from you and the time I had off was really therapeutic. I feel like I’ve recovered enough for now.”

Tirfi grew up in the town of Bekoji, 220 kilometres south of the Ethiopian capital of Addis Ababa. Bekoji was immortalized in a documentary “Town of Runners” as an unusually large number of Olympic champions have ‘graduated’ from the training of local coach Sentayehu Eshetu. These include Kenenisa Bekele, Tirunesh Dibaba and Derartu Tulu.

“Growing up in Bekoji was an inspiration in itself,” she admits. “Tulu was a major inspiration for me since we were one of the same. My coach was Sentayehu Eshetu at the time when I was in Bekoji. I moved to Addis in 2008.”

“Yeah, Derartu, Haile (Gebrselassie), Kenenisa and others have inspired me to try and push myself and be my best. I fell in love with their work and dedication when I saw them on television.”

As her impressive curriculum vitae suggests, Tirfi places high expectations upon herself even for this comeback race. Although predicting marathon performances is a difficult proposition at the best of times, it is unlikely she, or coach Gemedu, would confirm her entry unless she was going to be ready. Still, there is that element of the unknown.

Her Italian manager, Gianni DeMadonna, has made her aware that the course record of 2:22:17 was set by her compatriot Gelete Burka last year but for the moment that is secondary to having a successful return.  Victory would bring her $30,000 CDN and the course record is worth an additional $10,000 CDN. That is also a significant factor.

“Ottawa is a big deal for me now because I need to get back to my winning form,” she stresses. “I have big expectations for Ottawa and I will try and do my level best.

“I figure it’s going to be a little hard for me to beat the record set by Gelete last year. But, I think if I try my best I believe that it is beatable. I’m not familiar with the course or the climate. And I have not yet talked with any other athletes about the Ottawa race. But, soon I hope.”

Should she cross the finish line first she would be the tenth consecutive Ethiopian woman to emerge triumphant in this IAAF Gold Label race. There are, without a doubt, plenty of resources then for her to approach when it comes time to seeking advice on how to run the Ottawa course.

Having an almost three-year break from competition might well have spared her some of the compounded physical stress she would ordinarily have endured had she not had her baby. It means that she can afford to dream a little when it comes to future goals.

“I would love to run in the Tokyo Olympics in 2020 if everything goes according to plan. I will try my best when the time comes,” she confirms.

First, however, there is the matter of returning to the podium in an IAAF Gold Label race. Ottawa is a fine place to start.