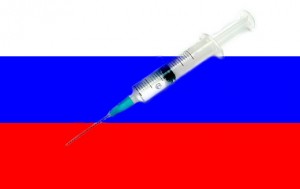 In order to save the venerable sport of athletics from becoming viewed merely as a pathetic niche spectacle run by corrupt, committee-dwelling old men, it is time now for the International Association of Athletics Federations (IAAF) and the International Olympic Committee (IOC) to immediately ban Russia from any and all global sporting competitions for the foreseeable future.

Perhaps doing so is easier said than done; however, it would behoove the IAAF to find language in the laws that preside over them to take swift and decisive action as Russia is no longer innocent until proven guilty. Currently there are at least 68 Russian athletes serving suspensions for doping related infractions, this is far and away the most in the world and is offensive to the fair play credo of the sport.

At this time Russia has no place in international athletics competition neither as a host nor as a participating nation. They fail to qualify as a member in good standing. The IAAF need now to demonstrate that they care about the image and the brand of athletics, as it wanes on an extremely competitive global stage; it is time to clean house.

Of the $721,000 USD that Russia contributes as their obligation to fund WADA (matched by the IOC) a thorough investigation will likely far exceed the $1,424,000 total funding contribution. Currently the largest payers of the total $27,167,571 according to WADA’s document, ‘WADA Contributions 2014’, are Canada at $967,306, America $1,934,612 and Japan with their $1,502,800. The Russian government, at some level should completely pay for the investigation in a separate charge.

According to the IAAF’s own language in a document published in 2000 titled, ‘National Athletics Federations, Roles and Obligations’.

Perhaps with cooperation from the IOC the ban should be in place through all international competitions including the 2015 IAAF World Track and Field Championships, World Cross Country Championships as well as the 2016 Rio Olympic Games. According to How Russia Makes Champions, the Russian Athletics Federation (RAF) and the Russian Anti-Doping Agency (RUSADA) have been implicated in systematic doping, which, if true is absolutely reprehensible.

Unlike the recent spike in positive tests by Kenyans, who claim to be guided by dishonest western agents and coaches, Russia’s apparent systematic doping is outrageous high-level corruption. This is a very different problem in comparison to scattered, third-world individualised cheating.

The latest token movement within the Russian Athletics Federation is a letter penned on the 23rd of January, by the head coach Valentin Maslakov, who offered to step down. He has been involved in coaching in Russia and its former iterations CIS and Soviet Union for 41 years. He has been involved in the sport during at least 94 doping suspensions. This is apparently a drop in the bucket of the number of athletes who dope, as it includes the recent spate of 2014 suspensions.

According to Valentin Balaknichev, the President of RAF, “This is a manly thing to do from an absolute professional in his business…” and “…we discussed this together after the affect the doping revelations have had on Russian athletics. Even though Maslakov has nothing to do with anti-doping policies of the Russian athletics team, he could not stand by idly and decided to take responsibility for those who he was in charge of.”

His withdrawal took place three days after RUSADA announced that three of their race-walking Olympic gold medallists, Olga Kaniskina, Valery Borchin and Sergei Kirdyapkin and the world champion from the 2011 Daegu world championships Sergei Bakulin as well as the silver medallist from the same meet Vladimir Kanaykin have been suspended for testing positive for performance enhancing drugs (PEDS).

RUSADA and RAF are not the only governing bodies to come under fire recently in light of widespread doping allegations. Large numbers of Kenyan and Turkish athletes have also been implicated. Thirty one Turkish athletes tested positive for anabolic steroids in 2013. Additionally, there has been a spike in the number of Kenyan athletes testing positive for EPO including one of their best known marathon runners Rita Jeptoo.

The Jeptoo case is not over. As WADA announced in their new doping code that they will consider leniency with athletes who expose others, which include athletes, coaches, doctors and agents. Jeptoo’s January 2015 discipline hearing took place with the Kenyan Athletics Federation. A decision has not yet been made about her suspension; however, Isaac Mwangi, a Kenyan medical commission member told reporters, “We have garnered a lot of information, from the meeting.”

Perhaps Jeptoo values her limited time remaining in sport to earn money as an athlete (she will be 34 in February) and subsequently spilled the beans during the hearing. If so, it will be interesting to find out if her coach Claudio Berardelli and agent Frederico Rosa, who threw her under the proverbial bus shortly after her suspension, are complicit.

Additionally, the IAAF have come under fire as the IAAF’s most senior anti-doping official, Dr. Gabriel Dollé, left his job in January. You cannot find a more alpha fox-to-guard-the-proverbial henhouse than Dollé.

On Thursday, December 11th the IAAF marketing adviser Papa Massata Diack, who of all things is the son of the IAAF president, Lamine Diack has agreed to step down, as did Valentin Balakhnichev, pending the outcome of an investigation into allegations of institutionalised doping in Russia, as well as extortion and corruption.

Diack is suspected of apparently extorting $600,000 from Russian marathon runner Liliya Shobukhova in return for covering up her positive drug test, according to How Russia Makes Champions.

Canadian Dick Pound, the founder and former president of the World Anti-Doping Agency, is to head an independent commission to investigate the allegations of systematic doping, extortion and cover-ups taking place in Russia. He will be heading a three-person commission. Pound will be joined by Canadian Professor Richard McLaren, who is a member of the Court of Arbitration for Sport.

Amid the salacious spectacle of extortion, corruption, bribery, cover-ups and apparent systematic doping, perhaps there is some sanity found in the process, as Pound is unapologetic and unwavering in his stance against cheating. He will likely be harsh in his judgement.

For a sport that fails to market itself effectively, the recent spate of illegal activity hurts the sport’s brand and image, badly. Within their legal ability to act, the IAAF needs to ban Russia now, not once Mr. Pound has finished his investigation, but immediately and for the foreseeable future. Suspending Russia now will demonstrate to the remaining fans of the sport as well as to national sport organisations, athletes, coaches, doctors and agents that they will pay for their illegal activity; malfeasance will not be tolerated.