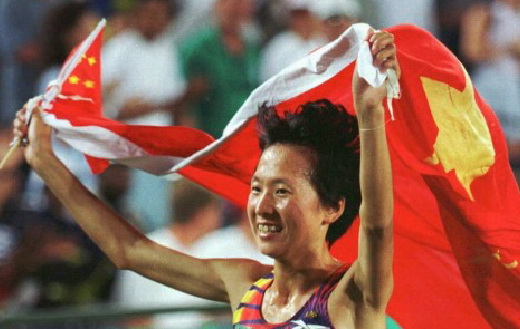 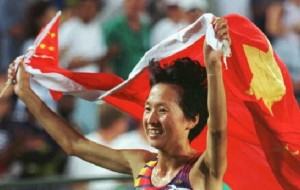 A twenty-year-old, previously unpublished letter from Wang Junxia to a Chinese journalist exposing her coach as implementing systematic-style drug cheating is now published in Tencent Sports. Junxia was a Chinese middle and long-distance runner who has been suspected as a drug cheat since her highly suspicious performances from 1993.

The letter was signed by nine teammates. The Chinese news outlet reached out to the International Association of Athletics Federations (IAAF), which is reportedly investigating Junxia’s allegations.

Once again, the governing body did nothing for over two decades and it was – like the current Russian doping fiasco – up to the media to expose the drug cheats.

Anyone who is remotely interested in the sport of athletics will have questioned Ma Junren-trained athlete’s performances during the 1990s, known as Ma’s Army, especially over the distances of 1500-metres, 3,000m and 10,000m.

Clearly they were a fraud.

It is time to conduct the investigation and confirm the letter is authentic, then follow through and remove every performance by all Ma Junren-trained athletes, as if they never existed. There should be zero tolerance.

What was Junren’s lie? A diet that included turtle blood and powdered seahorses. Pathetic.

Junxia broke three world records in three events consecutively over a range of distances with finish times that are ridiculous, even today, 23 years later. For example on September 8, 1993 she took down the world 10,000-metre record in the alarming time of 29:31.78. The previous world record was held by Norway’s Ingrid Kristiansen, who ran the Bislett Games 10,000m in Oslo in the time of 30:13.74.  Junxia’s performance is still considered the world record now. The current second-fastest performance all-time is credited to Meselech Melkamu of Ethiopia with her 29:53.80 performance from June 14, 2009, nearly half a minute slower. Not even close.

On September 13, five days later Junxia did it again, this time in the 3,000m distance, finishing in the time of 8:06.11. The performance is so off the charts that fellow Ma’s Army team-mate and apparent drug cheat is the second all-time at six seconds slower with her 8:12.18, not even in the same ballpark. They were in the same race. This performance is so embarrassingly a fraud that the first non-Ma’s Army world’s best performance is seventh-place all-time by Kenyan Helen Obiri who on May 9, 2014 ran 8:20.68, more than 14 seconds slower; women amongst girls. The top-six performances all-time are Junren athletes.

Until July 17, 2015, just seven months ago, no one had challenged Qu Yunxia’s (fellow Ma’s Army runner) 1500m world record time of 3:50.46 until Ethiopian Genzebe Dibaba ran 3:50.07. Is Dibaba clean? One thing that she has over Junxia and Yunxia is a career of excellence and siblings who have displayed similar world-class talent. Junxia and Yunxia, leading up to and after these three world records didn’t even come close to these obviously fraudulent performances. In that 1500m race on September 11, 1993 Junxia ran second in 3:51.92, which was the world’s second fastest performance for that distance. If Yunxia wasn’t in the race, it would have been the record. It would have held for four years until two fellow team-mates bettered her time, by also cheating.

Ten of the top-17 performances all-time in the 3,000m distance are credited to Ma’s Army, all 10 happened within one month in 1993. This is a clear and cut case of cheating.

All of these performances need to be erased, they paint the sport as a fraud.