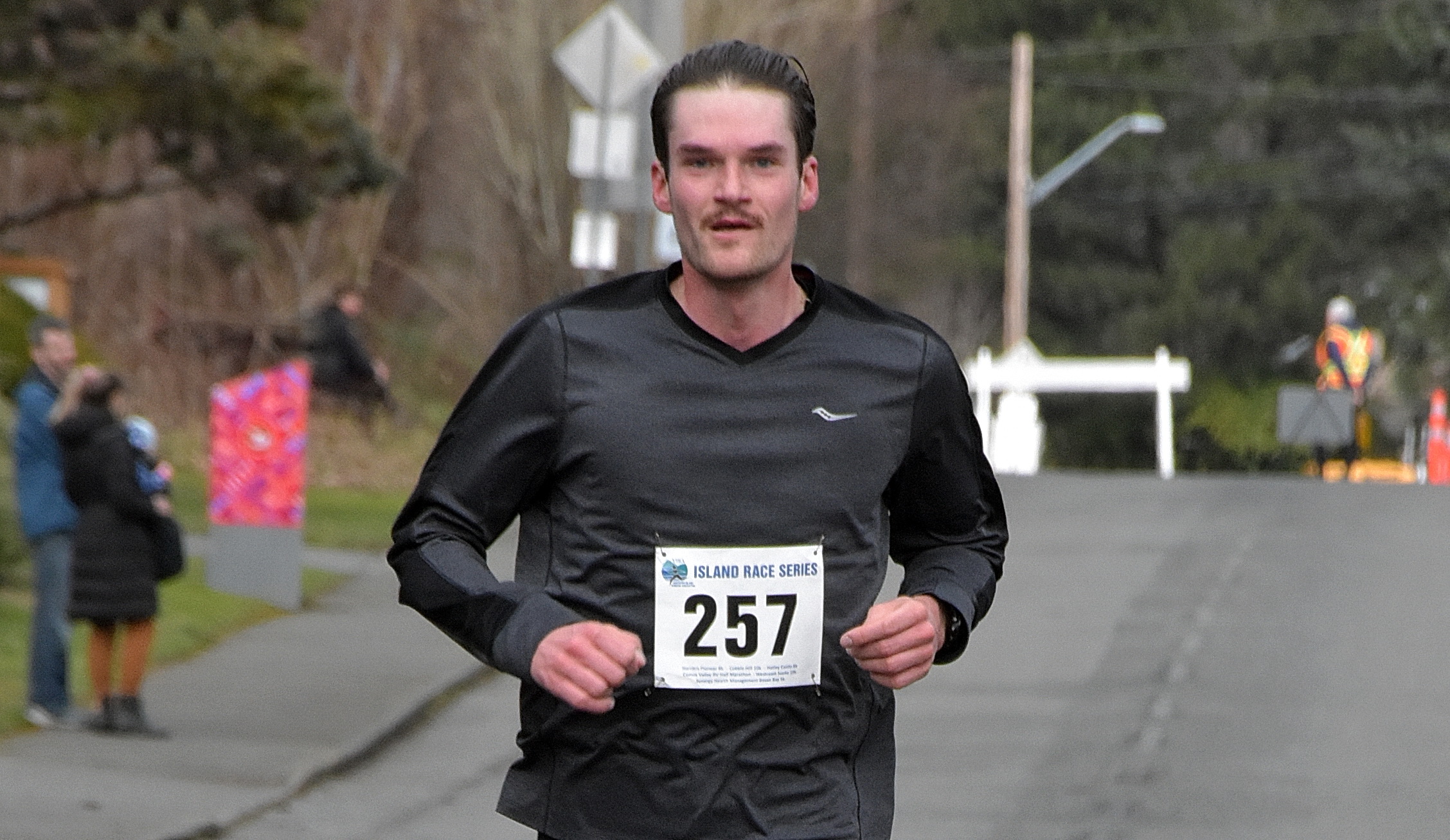 Peachland, BC, located south of Kelowna in the Okanagan Valley, since 1899, has been known for rattlesnakes, a monster named Ogopogo, and peaches. As of 2021, the desert town has also been home to Tokyo Olympic Marathon runner Trevor Hofbauer.

Hofbauer showed up on Vancouver Island Sunday to race the Comox Valley Half Marathon. He won in the time of one-hour, eight minutes, and 21 seconds. The race was an opportunity for him to get in a 40-kilometre workout in preparation for the Boston Marathon on Monday, April 18.

“Yeah, I am happy with how the day went. The course is great, love the community and organization,” shared Hofbauer.

Considering that a Boston performance cannot vault him from second-fastest Canadian marathon runner all-time to number one, nor would a performance there count towards qualifying for this summer’s Commonwealth Games or World Championships he said that he just wants to race.

He is looking to go hard, rather than carefully mete out the effort or control it by the clock. In fact, he doesn’t race with a watch. Boston is a great opportunity for him to go hard and do it by feel. A great performance there will dictate what he does with his autumn.

Boston may also offer redemption from his self-proclaimed, sub-par performance on the streets of Sapporo at the Tokyo Olympics. Hofbauer finished in 48th position and in the time of 2:19:57, in the searing heat.

Comox Valley Running’s Dusty Spiller finished second in the time of 71:11, setting a new personal best. Five months prior he ran 72:11 at the Royal Victoria Marathon. Finishing third was the first master, Jim Finlayson (Esprit RC) of Victoria, who clocked a 71:41 finish time. If he was just a few months older, he could have challenged the Canadian 50-plus record. He was just 10 seconds shy. The record was set by Jody Draude at 71:31 from his performance in Oct. 2019 in San Jose, CA. Finlayson didn’t come close to his own 45-49 age-group national record of 68:20 from Sept. 2018. There is little doubt he will improve the 50-plus benchmark in the near future.

Vancouver runner Nicholas Browne (VFAC) clocked a 71:49 finish time and ended up as the second finisher in the masters division. Comox was a new 40-plus personal best for the former Kiwi. His lifetime best is 69:31 from the Arizona Rock ‘n Roll Half Marathon in 2014. Browne was coming off of a 72:35 finish at Vancouver’s First Half Half Marathon in February.

Browne entered the race looking for a sub-72-minute finish. “After the First Half Half Marathon, I had a good block of training so was looking to go a little faster.”

Comox offers a fast, but gently rolling course, the First Half course is mostly flat.

Christine Brant won the women’s race in the time of 85:15. She was followed in by Kelsey Lepard who stopped the clock at 87:09. Finishing third was Natasha Parsons with an 87:21 finish time.

Andrea Wilson was the first masters-age finisher (45-49) finishing in 88:09. She runs for the host club, the Comox Valley Road Runners.

There were 415 finishers in the Vancouver Island Race Series fixture.