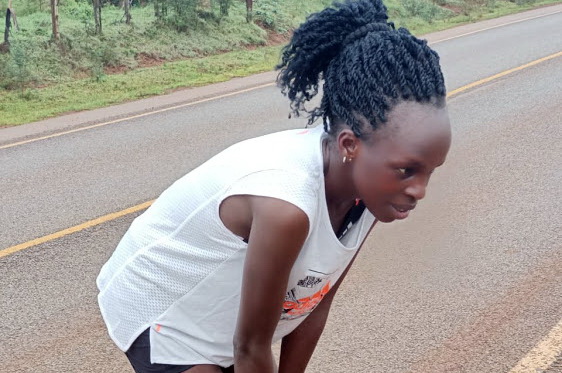 Kenyan Peres Jepchirchir the Tokyo Olympic Champion in the marathon event is out of the next week’s World Championships with an apparent hip injury.

She was a favourite to win.

She has won Boston, New York, and has run as fast as 2:17:16, which she accomplished in Valencia in 2020. The 28-year-old’s half-marathon best is 65:06. She currently holds the women’s only half-marathon world record at 65:16, which was from her win at the World Half Marathon Championships in 2020, an event she has won twice.

Jepchirchir told the Nation, a Kenyan publication, that she “could feel pain in the entire leg,” and that she is, “quite disappointed.”

Jepchirchir bettered fellow Kenyan Brigid Kosgei in the Tokyo Olympic marathon. Kosgei holds the current world record which she set in Chicago in 2019 at 2:14:04, taking down the 16-year-old record by Paula Radcliffe which was 2:15:25 from the 2013 running of the London marathon.

The 2022 World Athletics Championships begin on July 15 and run through to the 24th.