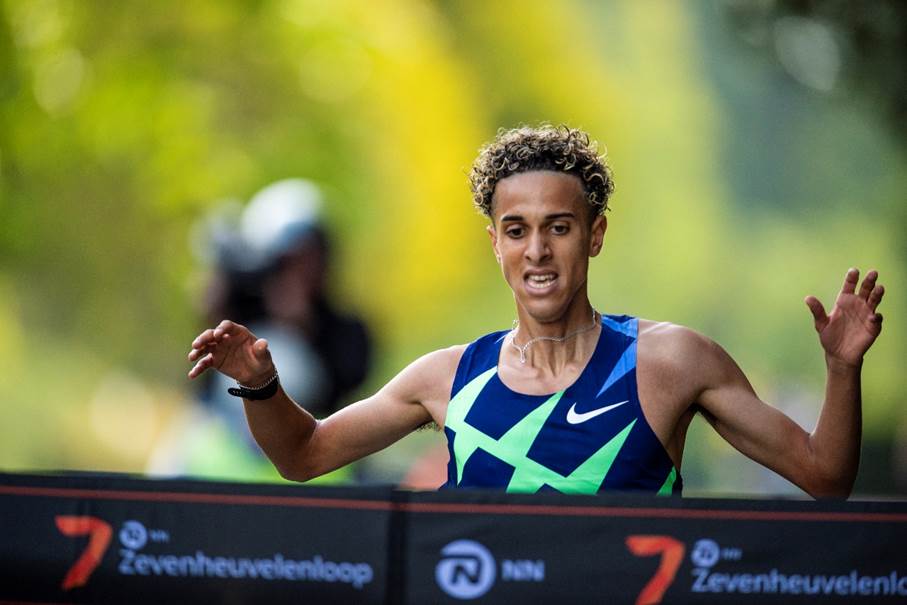 The one-off event organised by the NN Running Team, Global Sports Communication and SD Correcaminos has been organised with the primary goal of Joshua Cheptegei making a serious bid on Kenenisa Bekele’s world 10,000m record of 26:17.53.

Further bolstering the quality of the field is Spain’s Ouassim Oumaiz, who last month set a national U23 5000m record of 13:13.14 in Monaco. Also entered is Joshua’s Ugandan training partner Stephen Kissa – who boasts a handy 10km road best of 27:13.

A team of pacemakers for Joshua’s world record bid have also been assembled led by experienced Dutch pacemaker, Roy Hoornweg and supported by Matt Ramsden and Kenyan Nicholas Kipkorir. The assigned 5km split time has been set at an eye-popping 13:05.

A pair of leading athletes have also been added to the women’s 5000m field – led by Ethiopian Letesenbet Gidey. Gidey boasts an impressive set of credentials and last year impressed on all surfaces; winning World Cross Country bronze, World 10,000m silver and obliterating the world 15km mark on the road by one minute 17 seconds, recording a blistering 44:20 in Nijmegen.

Trinidad Alfonso Foundation and Nationale-Nederlanden Spain, part of the NN Group, both known for their involvement and support of running, partnered up to make this unique world record meeting possible.

Race organisers are in close contact with the local government in order to follow all the local and regional Covid-19 measurements to ensure the full safety of all those involved. SD Correcaminos is the club organizer of Valencia Marathon and Half Marathon since 1981.

Livestream | The event will be live broadcasted on the NN Running Team YouTube channel.

Spectators | Information will be announced later. The decision will be made by the local government as the organisation will follow all the local and regional COVID-19 rules.

Please follow our social media channels for the latest news, results and behind the scenes footage.