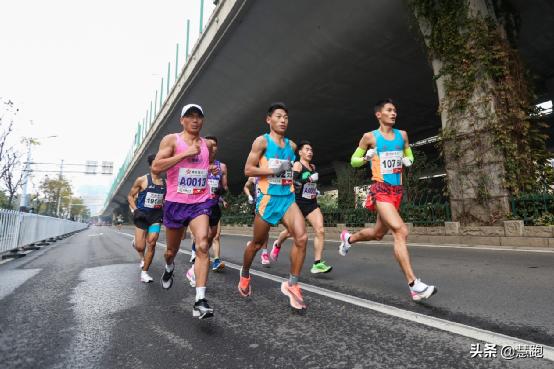 According to the Chinese publication INF News, the first four finishers during the 2020 Nanjing Marathon were disqualified as they were led by pacers who did not follow World Athletics rules for pacemaking.

By INF News checking the final results of the 2020 Nanjing Marathon, a World Athletics Silver Label event, they found that the top four male finishers’ names were removed from the official results. The result of the 2020 Nanjing Marathon, which is also the National Marathon Championship announced the winner was Tibetan runner Suo Lang Cairen. His finish well back in the time of 2:12:13, and according to the finish order that was taken from the original results, Cairen was the fifth finisher on the day, not the first.

The top four finished faster than the Tokyo Olympic qualification standard of 2:11:30. Cairen did not.

The top four women also finished faster than the Tokyo Olympic standard of 2:29:30.

Yang and Peng competed in the Tokyo Olympic Marathon in Sapporo, finishing in 19 and 32nd while a third Chinese runner GJ Dong finished 57th.

According to camera footage, it turns out that the pacers did not appear to lead the race from the beginning. Pacers cannot join in after the start to lead for a portion of the distance. The athletes also must wear a distinctive uniform and a race bib that indicates “Pace” or “Pacer” or the pacer’s name. Pacers must also be registered to compete in the event in advance and legitimately be a competitor from the gun to tape. or for as long as they are able to compete or lead. Apparently, none of that took place.

According to INF News, due to the coronavirus pandemic, African athletes were not available for pacing duties. China does not have pacers that are fast enough to lead from the start of the race, therefore race organisers knowingly or unknowingly broke World Athletics rules for pacemaking.

It is alleged that at least three rabbits joined in by at least the mid-way point of the race or later. Camera footage shows no pacers at the front during the early stages of the marathon.