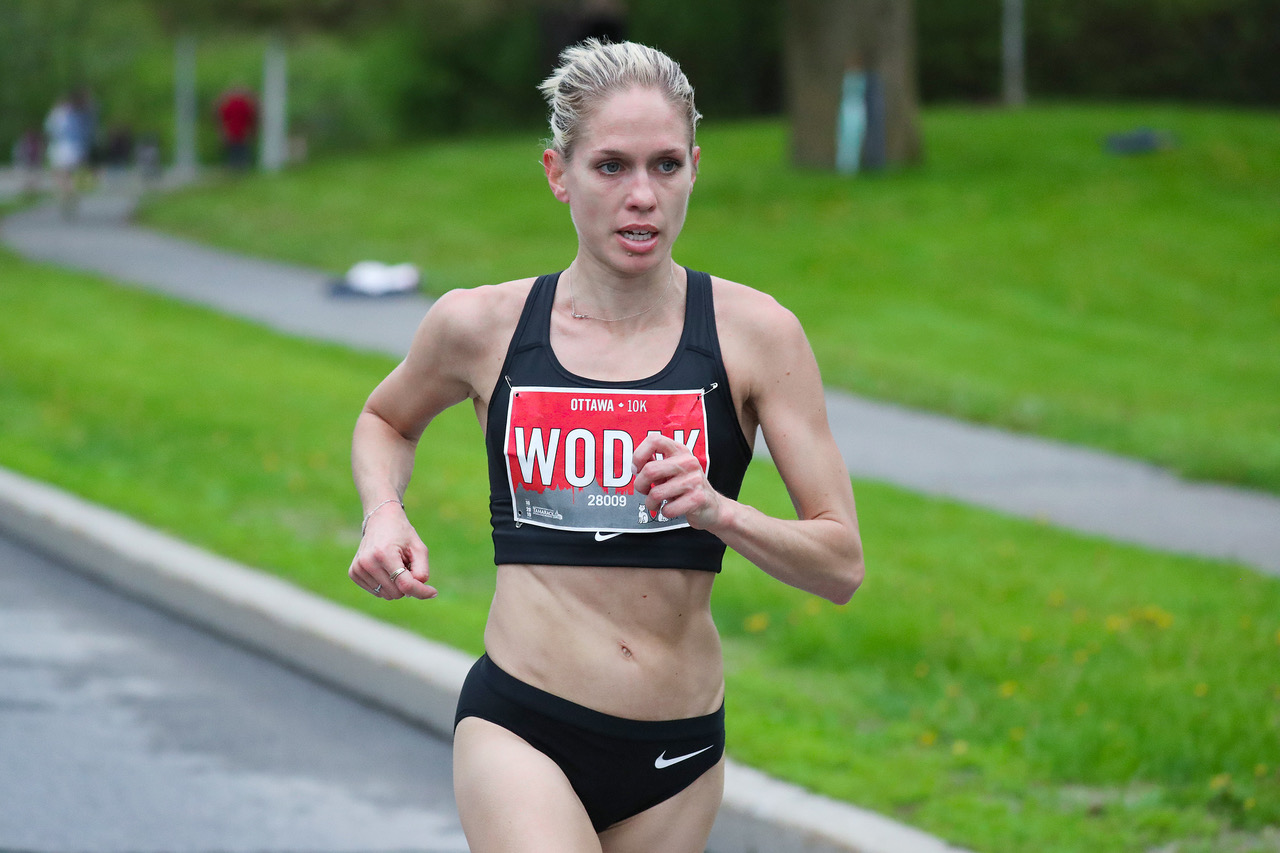 Ben Flanagan, Natasha Wodak, Ben Preisner and Luc Bruchet are just a few of the top-Canadian names that will be taking in the 2021 Toronto Waterfront Marathon 10K road race on Sunday, October 17.

Wodak ran a very strong marathon during the Tokyo Olympic Games finishing in 13th place, just a minute behind fellow Canadian Malindi Elmore who placed ninth. The two performances were highlights of the summer Olympics.

Preisner and Bruchet competed in the marathon and 5000m, respectively.

“I love the 10K, I love the roads, and I love running in Canada so it’s a beautiful trifecta for me. I am making sure I can get my body in the right place to set myself up for another really important season with the World [Athletic] Championships next summer.”

Flanagan, age 26 has been running with the Boston Reebok Boston Track Club. He also been training with Canadian Olympian Justyn Knight, the second-fastest North American all-time in the 5000m distance.

Last month, he won the renowned seven-mile Falmouth Road Race for the second time in four years, which went a long way in reducing the disappointment of missing out on the Tokyo Olympics.

Flanagan searched for competitive races where he could tackle the Olympic qualifying standards. Despite running personal bests of 13:20.67 in the 5,000m and 27:49.09 in the 10,000m, he fell short. The result has just given him more motivation to prove himself.

Also, in the Toronto race are Canadian Olympians Luc Bruchet and Ben Preisner — both members of the BC Endurance Project. The race, which is limited to 5,000 runners and sold out in only eight days, signals a welcome return to in-person racing.

“I took eight days off after the Tokyo Olympics and I ran a little here and there,” he revealed. “In a time trial for the Canadian 5K Championships…I ran 13:49. That’s where the baseline fitness is.” Bruchet has his sights set on the Canadian 10km record, which is held by Paul McCloy and has stood at 28:17 since 1987. Despite the longstanding record, he feels encouraged by his recent Olympic experience.

“It was awesome,” he said. “For a few years I wasn’t sure it would happen. 2016 happened and I was on such a high because I was only two years out of university. Everything came together so quick. I was young and in my mind that was the start of something but I didn’t qualify for the World [Athletics] Championships [in either 2017 or2019] between the two Olympics.”

Meanwhile, Preisner and his partner have just moved out to Vancouver after spending two years in Kingston, Ontario. Since winning the half marathon race at the 2019 Scotiabank Toronto Waterfront Marathon in an eye-catching 63:08, Preisner has been coached — at a distance — by BC Endurance Project coach Richard Lee. Now he is fully committed to training with the Vancouver based group.

Running 2:10:17 in his debut marathon in Chandler, Arizona back in December 2020 earned him a place on Canada’s Tokyo 2020 Olympic team. Unfortunately, his Olympic run in Sapporo, where organizers held the road races, was his only competition in 2021. The lack of in-person races has had a detrimental impact on his progress this year.

“It was all virtual races or time trials,” he recalled. “It was hard to find races in Canada and with the quarantine restrictions which went along with traveling across North America, it became too much of a hassle.”

Regarding his 46th place Olympic finish in 2:19:27, Preisner admitted, “I was happy but you always look for ways things could have gone better. You are looking for more no matter how you did — unless you win. Generally, I was happy. I placed higher than what I was ranked going in. I am taking from it what I can, learning from it, and thinking about how I can adapt as a marathon runner.”

Preisner, at 25 years of age, has many more years as a marathoner. Although he will focus on the marathon, the University of Tulsa graduate says he wants to explore his potential at shorter distances. His best official 10km is 30:10 but he has run 29:08.17 on the track.

“I really just want to be competitive,” he said of the Canadian 10K Championships. “Obviously the longer the better for me but I want to still develop some speed in my legs and not just become a straight marathoner for the rest of my life…It has been a while since I have done a Canadian national championship. I am definitely excited to see how competitive I am on the national stage with a distance I am a little less comfortable with.”

As most of the Olympic distance runners, he has been cautious in his training load since returning from Japan. A recent workout with fellow BC Endurance athlete, Justin Kent, was a step in the right direction as Richard Lee monitored the pair.

“I have been building mileage,” he offered. “I am back up to 75 percent mileage but I started workouts just now. That gives me plenty of time to get ready for the Canadian 10K Championships and then I am planning to run the Valencia Marathon in December.”

The race, which doubles as the Athletics Canada Canadian 10K Championships, is a collaborative effort between the national governing body, Canada Running Series, and Run Ottawa and is scheduled for Sunday, October 17th in Toronto.

Pandemic restrictions had forced the postponement of the Championships which had been scheduled for Ottawa in late May.
in a weekend which is normally reserved for the Scotiabank Toronto Waterfront Marathon, it signals a welcome return to in-person racing after a series of virtual competitions. The 39-year old Wodak is delighted to embrace the opportunity.

“It’s really exciting,” Wodak, a two-time Olympian, declared. “It’s part of the reason I am going. I know I am not going to have as much preparation as I would like going into a national championship but I just couldn’t give up the opportunity to do an in-person race here in Canada.”

Wodak finished 13th in the Olympic marathon, a race that was held in Sapporo, Japan, battling the toughest field she had encountered since running the 2016 Rio Olympic 10,000m race, where she finished 22nd. The heat and humidity were another formidable obstacle but she came out unscathed.

“I was very happy, obviously,” she said of her performance in Sapporo. “I went in ranked, I think 26th. I wanted to go better than I was ranked and I knew I was in the best fitness I had ever been.”