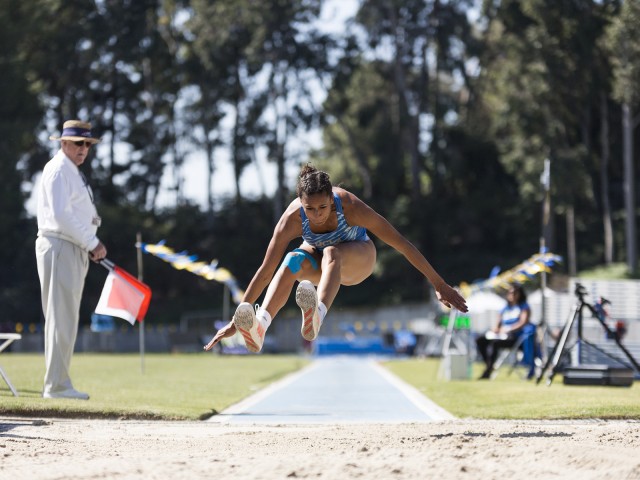 The UCLA track and field team began the indoor season this weekend at the Dr. Martin Luther King Jr Invitational, a meet where no team scoring took place.

That did not stop many Bruins from making the most of their first impression in Albuquerque, New Mexico.

Competing against a diverse field of teams that included rival USC, five UCLA athletes won their events, with some etching their name into the school’s all-time record book in the process.

The most historic performance came in the women’s triple jump, where senior Jessie Maduka set an indoor UCLA record with a mark of 45 feet 1 inch.

Maduka, who only began competing in the triple jump last year, thought her jump was subpar at first.

“My approach was completely messed up, and I didn’t run full speed,” Maduka said. “The jump felt super easy, which I thought meant it was only an okay jump. But I guess whenever you do it right, it feels easier.”