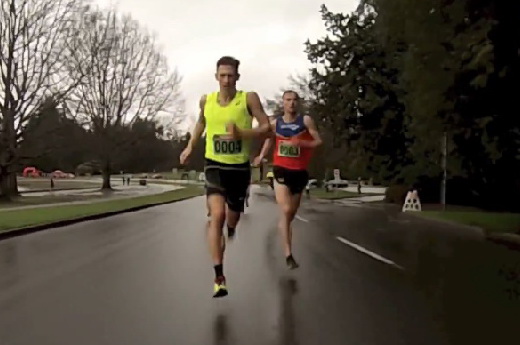 Two intriguing head-to-head contests featuring Rio Olympians will highlight Saturday’s St Patrick’s Day 5K presented by BMO, the 2017 BC 5K Championship and the second race in the BC Super Series.

Defending champion Luc Bruchet will renew his rivalry with Ross Proudfoot in the title bout. Last summer both were chasing Olympic 5000m qualification, with Bruchet going on to represent Canada, while Proudfoot had to watch from home. Since then Proudfoot has relocated from Guelph to Victoria and rebounded to win the Canadian Cross Country Championships in the fall with Bruchet second. Most recently Proudfoot edged Bruchet by a second over 3000m indoors in February, while Bruchet won the first race in the BC Super Series, the Harriers Pioneer 8K. This will be their first match-up on the roads and could lead to an improvement of Bruchet’s course record of 14:22.

The women’s contest pitches experience against young talent. Two-time Olympian Hilary Stellingwerff will be up against Trinity Western University star Regan Yee. Stellingwerff, who retired from the track after representing Canada in the 1500m at the last two Olympics, has transitioned to the roads. She was runner-up to St Patrick’s Day course record holder Rachel Cliff at the Harriers Pioneer 8K. Cliff will be absent this year, as she competes at the New York City Half Marathon on Sunday. Yee took second place last weekend at the USports 3000m Indoor Championships and is the NACAC U23 3000m Steeplechase Champion. Their only previous head-to-head was at the 2015 BC Cross Country Championships, where Stellingwerff came out top over 6K.

Looking to spoil the party will be a host of other talent. 2014 Champion Geoff Martinson is the former St Patrick’s Day 5K course record holder. UBC freshman Kieran Lumb will use the race as a final tune-up to next weekend’s IAAF World Junior Cross Country Championships in Uganda, having won the NACAC regional Championship two weeks ago. Declan White is another TWU star, coming off last weekend’s USports Championships. UVic freshman Josh Kozelj won the Bazan Bay 5K two weeks ago. And never count out the experience of Rob Watson, 2015 PanAm Games marathoner.

On the women’s side, last year’s runner-up Dayna Pidhoresky will return to racing for the first time since last October’s Scotiabank Toronto Waterfront Marathon. Last year’s third place Erica Digby was only two seconds behind Yee over 3000m indoors this winter. Lindsay Carson, a Canadian cross country international, will make the trip down from Whitehorse. And Catherine Watkins, another 2015 PanAm Games marathoner, is always in the mix.

While the serious athletes may have the BC Championship as their goal, many more will come dressed in costume and will stay for the Irish-themed after-party. Proceeds from the event benefit the Canadian Diabetes Society.

The lead runners will be chasing a Maserati pace car, courtesy of Ferrari Maserati of Vancouver. The race starts at 9:30 am on Pipeline Drive, and circles around Brockton Point, before finishing back up Pipeline to the Stanley Park Pavilion.

The BC Super Series is a collaboration between BC Athletics and 12 of BC’s best road races,http://www.bcathletics.org/BCSuperSeries/. The next event is the Vancouver Sun Run 10K on April 23.