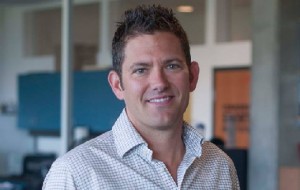 Stellingwerff was an academically decorated student who made the Dean’s list at Cornell. In 2006 he took a position in Switzerland for the Nestle Research Centre (Powerbar) as a Senior Research Scientist in Sport Nutrition, Energy and Performance. Stellingwerff has also served as the Nutrition and Physiology Consultant for Athletics Canada. He lives in Victoria, BC and is a Senior Physiologist working with the Canadian Sport Centre Pacific.

Currently his focus is to provide his physiology and nutrition expertise to Canada’s national rowing, track and field and triathlon teams, as well as leading Canadian Sport Institute’s Innovation and Research division.

Stellingwerff has attended several World Championships and Olympic Games as part of Team Canada’s Integrated Support Team and consults several Olympic athletes from around the world, including his wife Hilary, who has competed for Canada internationally in the 1500-metre distance event including the 2012 London Olympics Games.

Below we discuss whether it is more effective in athletic performance, comfort and digestion to take fructose and glucose together rather than a single sugar on its own from the recently published Review Article titled, “Fructose-Glucose Composite Carbohydrates and Endurance Performance: Critical Review and Future Perspectives”.

Christopher Kelsall: Let’s get out of the way first, the question: In sport performance and in the medical world the “gut” refers to what area(s) of the digestive system?

Trent Stellingwerff: The “gut” is just short for the entire gastro-intestinal tract. When examining GI comfort in studies, we use a standardized questionnaire, that asks questions about the upper and lower GI tract. Nearly all of the carbohydrate absorption from a sports drink or gel occurs in the upper GI tract. If it is not absorbed there, it proceeds to the lower portion – and that is where major negative issues can occur (e.g. diarrhea).

TS: In short, yes. As with most one-line conclusions, this review represents 14 different studies, over about a 10-plus year period, from three or four different labs – so there is a lot of work that was done by a lot of good researchers.

CK: Who was the lead scientist?

TS: The lead scientist of the review is Dr. David Rowlands, who has also conducted some of the research in this area. However, most of the data was primarily generated, and initiated, by Professor Asker Jeukendrup and his graduate students. Asker was also Haile Gebrselassie’s marathon nutrition guru. But, the main finding is that a blend of glucose and fructose carbohydrate sources out performs the same amount of glucose alone in performance (+2 to 4% increase in performance range), and gut (gastro-intestinal (GI)) tract comfort.

CK: How was the effect over longer distances?

TS: A key find is that this effect is most prominent over long exercise durations (>2hrs) and with high CHO intake rates (>80 to 100-grams per hour of carbohydrates).  Also, the vast majority of studies are cycling based and in males. I was involved in a few studies in this area, where we confirmed that the utilization (oxidation) of carbohydrate with glucose:fructose blends was as effective in runners as cyclists, and in high CHO bars as gels.

CK: Was there a common finding with the optimum timing for consuming fructose and glucose beverages or supplements, such as pre-race carbo-loading, that is such a common practice among distance athletes?

TS: This review, and these studies, only deal with CHO intake during exercise and racing. In the studies, they generally give small drinks every 10 to 20 minutes (depending on the study design), so there is a total of 80 to 100-grams/hour of CHO given (with about 600-700ml of fluids). However, in the real-world and in race situations, depending on the sport, there are a lot of factors that might impact on when an athlete can actually consume carbs and fluids. For example, in cycling the bottles are right on the bike – so very easy to fuel and to hydrate. But in running there are aid tables periodically. In team-sports, one can only get fluids and carbs during game breaks (so less predictable). Finally, you can almost throw fuelling and hydrating out the window at certain tactical times of the race (e.g when the break goes).

CK: And as we have discussed in the past, is there a consensus from these 10-plus studies on the training periodically low, race high (with CHO) practice. Or is there any new information about the practice?

TS: There haven’t been that many new studies, but more studies on timing your low carbohydrate periods. For example, a new study about recovering with low CHO overnight (see: this study). It is important to realize that not all studies measure performance, and some just look at measures of adaptation.

CK: For athletes and coaches reading this, can you point to a sports beverage or supplement that contains an ingredient mix that allows optimum carbohydrate oxidation, comfort and performance?

TS: There are actually lots. The athlete needs to learn to read the labels, and look for glucose (or maltodextrin, as that is the trade name) and fructose, ideally as the first few ingredients.  Studies have shown lower carbohydrate oxidation rates, high GI issues, and less impact on performance when taking in just glucose alone or fructose alone.