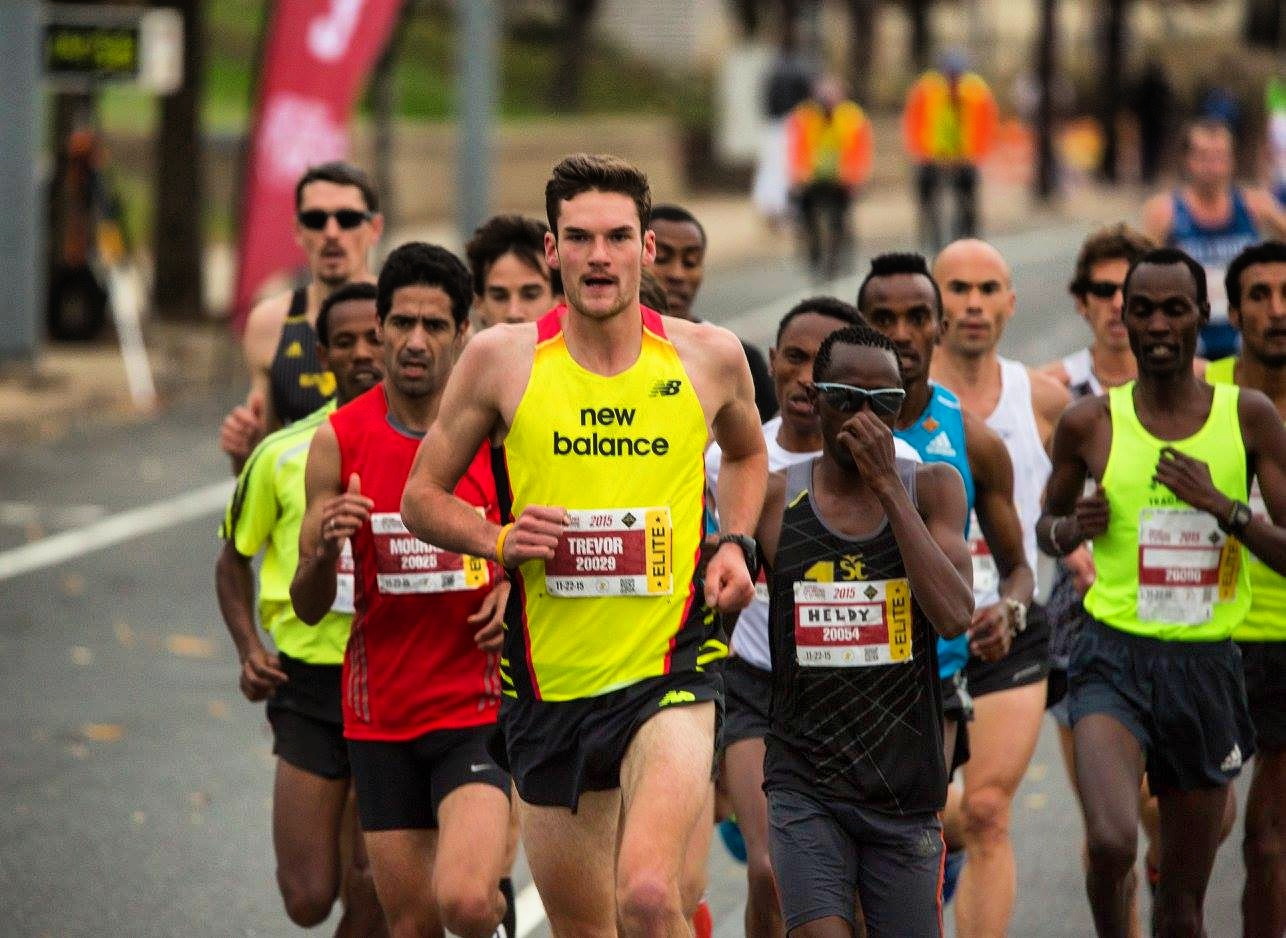 Reigning Canadian Marathon champion Trevor Hofbauer comfortably won the sixth annual Under Armour Eastside 10K today ahead of a record 3,200 participants.  Trevor, second place finisher Lucas Bruchet and third place finisher Justin Kent ran in a group of four along with Adam Visokay until the 4-kilometre mark where Adam trailed off and Trevor took the lead where he remained for the duration of the race.

“I felt strong out there from start to finish,” said Trevor.  “Luke and Justin are fast guys so I wanted to make sure I maintained a good pace throughout the race.

On the Women’s side, it was Natasha Wodak who took her second victory at Eastside.  Natasha, who is the course record holder, ran a great race alongside previous winner Leslie Sexton who finished in second place.  Natasha took the lead at the half way mark and never looked back.  London’s Lindsay Carson came in third.

“It was a fun race,” said Wodak.  “I wanted to Kill the Hill so that’s where I made my move.  I pushed hard form there and was able to win.”

The event attracted a sold-out field of 3,200 runners and so far, has raised over $27,000 in support of the Downtown Eastside Women’s Centre, PHS Community Services Society, and the Greater Vancouver Food Bank. Participants can continue to fundraise online until October 1st online at www.eastside10k.ca.

“It was so great to see such a competitive race,” said race director Ryan Chilibeck. “It’s equally inspiring to see runners completing their first run, setting personal bests and fundraising for our three great charity partners. The Under Armour Eastside 10k is a true community event.”