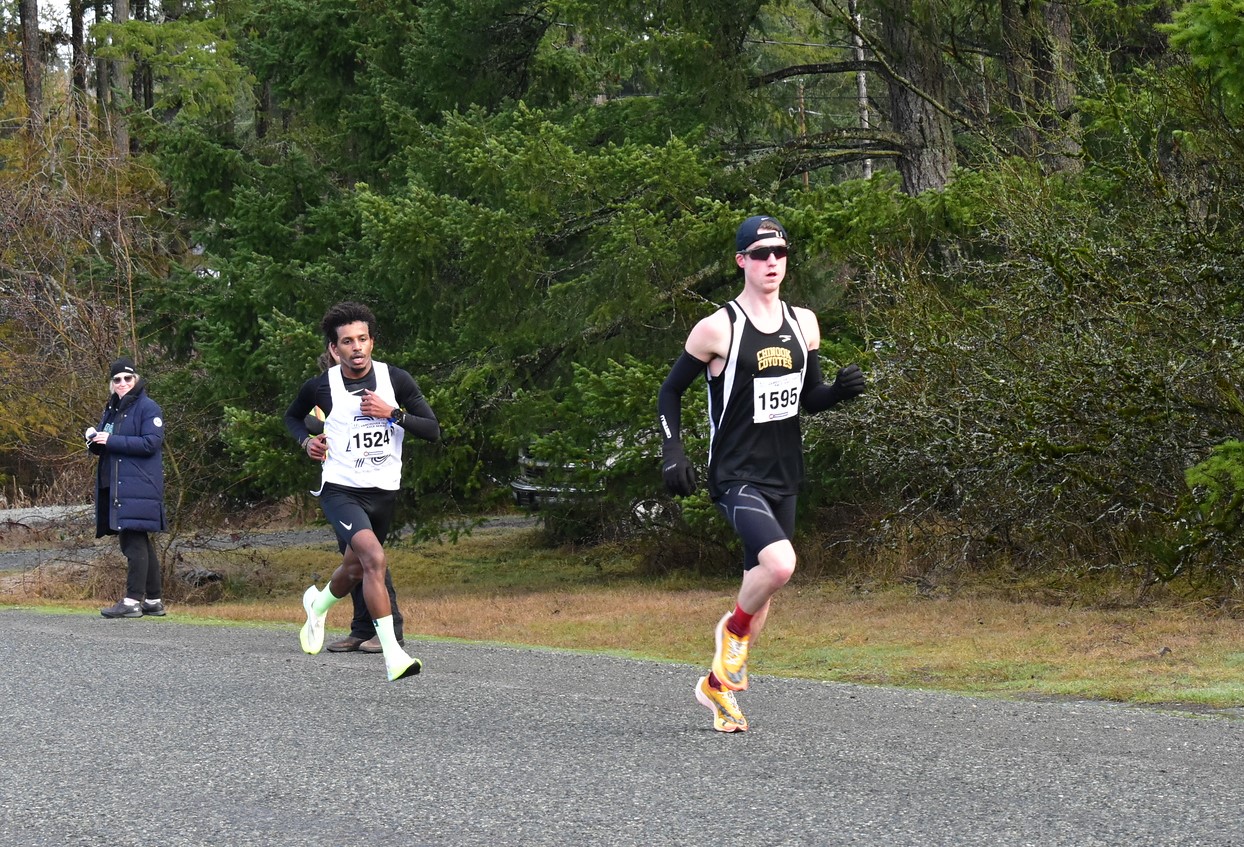 Triathlon Canada athletes Solen Wood and Collette Reimer won the Cobble Hil 10K on Sunday. The two finished in the time of 30:47 and 37:17, respectively. Wood’s time is a new event record, improving on Steve Osaduik’s 31:11 from 2008. The course was adjusted for the 2023 edition, therefore both Wood’s and Reimer’s performances count as course records.

They both hope to qualify for the World U23 World Triathlon Championships this season.

“This was my first time racing the Vancouver Island Race Series (VIRS). I wanted to get in a good effort today and I did,” shared the Lethbridge, Alberta native. “The next Series race that I will do will be the Bazan Bay 5K.”

Finishing in second place was Daniel Mulushet Zewdu in the time of 31:23. He entered the race with a 29:31 personal best and was the pre-race favourite. Zewdu took the first kilometre out fast, however, was slowed by the series of rolling hills. Wood took over but had to put in a big effort to take the win over the final 2K downhill stretch.

“I had to work very hard for the win. I was so glad to see that finish line,” added Wood.

“It was hard, the hills were difficult and that made it hard to finish the last km well, but I am happy with the result,” said Zewdu.

Zewdu moved to Canada from Isreal. His parents are Ethiopian and lived in Sudan for some time. They left for a better life in Canada and since arriving in September 2022, are enjoying Victoria.

“I think it is so beautiful Victoria, the Island and all of the province of British Columbia.”

He is coached by two-time Olympian Bruce Deacon.

“I can’t say enough about him. Not only is he a great coach, but he helps me with other parts of my life. He is more than a coach, he is like a friend and a father to me.”

Finishing in third place was former University of Victoria Vike Jackson Bocksnick who clocked a 31:49 finish time. Bocksnick took several years off due to injury. This was his second VIRS race this season — a strong showing.

Rounding out the top-three women was Catrin Jones with a 37:43 performance. She is an ultramarathon specialist and represents the Prairie Inn Harriers. Jones was followed in by Emily Tressider with Speedfarm, finishing just six seconds back of Jones. Jones was also the first master. The first male master athlete was Andrew Russell also with the Harriers clocking a 32:36 finish time.

There were 575 runners and walkers to start the race and 575 finished. Among them was Rosalyn Smith, who competes in the 75-79 age category. She clocked a 98 per cent age-graded performance, the fastest of all athletes. Her finish time was 48:19.

The next race in the VIRS is the Cedar 12K in Nanaimo. It is put on by the Bastion Run Club.