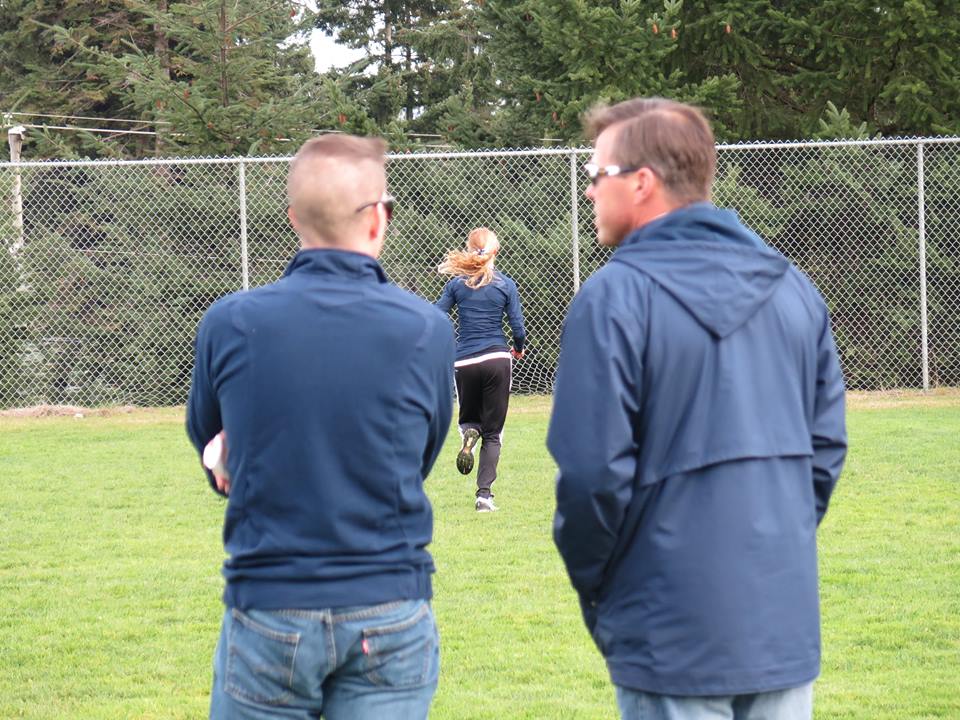 On April 13, Rob Pike, Trinity Western University’s track and field and cross-country head coach, informed assistant coach Mark Bomba that after seven years of contribution, his annual contract would not be renewed, one month before it was set to expire. Pike is a field events and speed and power specialist, while Bomba is a middle and long-distance coach and one of the best distance minds in Canada. For the university to have had experienced nothing but success with Bomba in place, it seemed at the time to be an unusual move.

Athletic Director Jeff Gamache, recognizing that Pike’s relationship with the distance athletes had deteriorated to the point that they approached the press about him, kept Pike in place despite the fact that he is alleged to have functioned outside of the school Community Covenant Agreement (Our Pledge to One Another) that he had apparently signed upon his employ.

Gamache did, however, orchestrate a reorganization of sorts.

He had to as the student-athletes had had enough of Pike and approached the university with their issues. They started with Bomba, then approached Pike, then Pike and Bomba together, then Gamache then Gamache’s boss Blair Whitmarsh and finally the school president Bob Kuhn, but to no avail. They had closed door meetings with all of the above.

The reorganization demoted Pike to assistant coach, while Bomba was rumoured to be offered a position with the school but apparently turned it down so long as Pike was still involved. The rumour has not been confirmed, however, it is a poorly kept secret that an olive branch of sorts was offered.

On Tuesday, June 19 the university announced in a press release on their website that they had hired former Spartans coach (1997-2002) Shane Wiebe to return to the fold as Director and Head Coach of the track and field and cross country teams.

According to the release, the university spent the last year, “conducting an extensive internal review of the track and field and cross country programs, which resulted in a decision to restructure the leadership paradigm. With a refreshed structure, the program will now include two full-time coaches and two part-time coaches, with Wiebe taking over the directorial and head coaching role.”

“In taking a careful look at our track and field and cross country programs, it became clear that we needed to improve our structure in order to ensure that our athletes were having every possibility of developing into Complete Champions,” said TWU Athletic Director Jeff Gamache. “This review of the program, based on surveys and months of conversations with athletes and coaches, has led to a new structure and new positions within our team.”

The release goes on to say that Pike, as well as Jamie Sinclair will continue to work as assistant coaches under the direction of Wiebe, who will now lead the search to fill the vacant endurance coach position.

Where the university athletics department has failed and therefore needed this restructuring, is letting what took place (read the sordid details, here) happen at all. The distance coach that they let go continues to reside in their back yard and continues to coach.

Wiebe certainly carries the credentials to do a good job for the Spartans, and for their sake as well as his, hopefully they continue to win, however, nearly all of the distance athletes maintain they will not return if Pike continues to be involved.

“I’m thrilled to be back at TWU,” Wiebe said. “The dream, when I founded the program back in the late 1990s, was to make the track and field and cross country program a vibrant, healthy and successful place for athletes and coaches to live out the values of the Complete Champion Approach. Though I recognize there have been challenges in recent days, I’m very much looking forward to leading a process, a staff, and a team that will make every member proud to wear the Spartan logo across their chest. I have high expectations of myself, my staff and my team, and I am confident we will make positive strides very quickly. There is a lot of work to do and I can’t wait to get started.”

Wiebe, unlike Bomba, covers the good Christian requirements to satisfy the university, who believe that they are a law unto themselves – just ask the Supreme Court.

Wiebe was a national-level decathlete, and over the recent 15 years was a lead pastor at Southwest Community Church in Kamloops, B.C. Bingo! They have their faithful man and have apparently divinely forgiven Pike.  Meanwhile the student-athletes who pay handsomely to attend the school and have to adhere to the same covenant-agreement as Pike did, are left out in the cold.