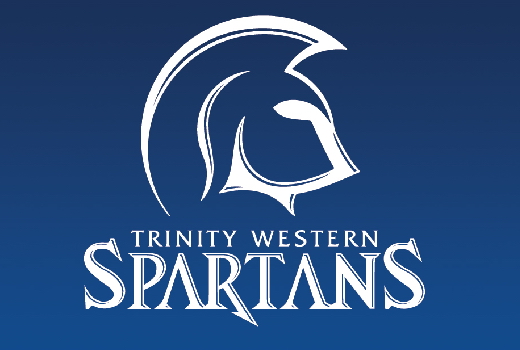 The Trinity Western University Spartans cross country and track teams have made improvements over the past few years and perhaps may now be ready to challenge for a top-two or three position at the 2015 Canadian Interuniversity Sport (CIS) Cross Country Championships, which is taking place in Guelph, Ontario. Guelph is home to the men’s and women’s defending champions.

During the 2014 championships, the Guelph Gryphons managed 27 points for first overall, which was their ninth consecutive win and 14th all-time and their third best showing, in 2011 they finished with 20 points and 2013 with 22. The University of Victoria finished second in 2014 with 103 points and the third place team was the University of Laval Rouge et Or close behind with 131. The Spartans men finished seventh, but not too far behind in points with 171.

“We are looking rock solid with our top ten athletes, with a nice combination of guys who have been around for a while and our new guys, “shared Coach Mark Bomba.” The key, like any team outside of maybe Guelph, is staying healthy and if we can do what I know we can do, everything will work out as planned.”

Although Bomba did not at first allude to how that would manifest itself in the standings at CIS’, looking at the point totals from 2014 suggests they will leapfrog a few teams and perhaps gun for second place at CIS and first in the west.

“The great part for this year is we only lose Blair Johnston to graduation next season and everyone comes back, so this could be a podium style group for the foreseeable future. It’s taken the full tenure of Blair getting over his health ailments to where these guys stand now and I know Blair has been pushing the group hard,” shared Bomba. “This being his final year, he isn’t going out with a whimper.”

For the Spartans, Deon Clifford is a key addition.

Bomba added, “He is a key addition, but not in regards to making us better from a scoring perspective (I think our returning five from last year was good enough to contend for a podium position), but adds depth to already solid core.”

If they were good enough for a podium position last year, they could only be stronger this year.

Bomba wasn’t afraid to point out some areas where his team could make a difference from within, for example, the veterans needs to begin to demonstrate leadership as they mature.

“As far as individuals we need our core veterans to run intelligently and teach the newcomers how to handle things. So the Declan Whites, Joel Deschiffarts and Blair Johnstons of the world need to show more leadership than previous seasons,” said Bomba.

Bomba feels if the leadership group follows through they will help show young athletes like Nick Colyn, how it’s done.

“Right now I think we have six guys who can place in the top-30. Our first race at Sundodger was a pleasant surprise for us. Not only did we run faster than ever before during a heavy training load, but our gap from one through six was only 60 seconds (and 1-5 was 40 seconds) and that was with Deon having a rough day.”

As Clifford adjusts to a new training regimen he will show his full talents. As far as keys to the team it is quite simple. Bomba believes their 4, 5, 6 and 7 men need to run to their full potential.

“I have full confidence they will as this is the first real season where we haven’t had to depend on a small group at the front end to do most of the work. In particular will be Caleb De Jong, who might come in as one of the most improved guys in Canadian track and field this past year. Making the Pan Am Games Junior team was a huge benefit for him in regards to learning how to handle pressure. His ability to rise to the occasion bodes well as we move forward,” said Bomba. “Having Levi Neufeld back from injury last year is another huge addition. If we had him last year I think we were on the podium, or at least darn close. Even an incoming ‘rookie’ in Colyn was a nice surprise as he hasn’t always had success at the longer cross country distances and had an inconsistent last year in grade 12 with some injury issues.”

Losing Fiona Benson after this year would be devastating for any team in Canada, however, she had already graduated and her epic breakthrough didn’t come until this spring. The Spartans had a good athlete in Benson, but she can be replaced without too much of an adjustment.

The core women’s team is looking impressive. With the addition of veteran road runner Lisa Brooking to complete her masters in Nursing is a gift for the Spartans. Mirelle Martens from Grande Prairie will be a strong collegiate runner. Martens earned a silver medal at this summer’s Pan American Junior Championships at Foote Field in Edmonton. Martens had a prolific high school career as both a soccer player and distance runner.

There are some strong returnees including Regan Yee and Sarah Inglis, who according to Bomba had great off-seasons this summer.

“Like the guys the keys to this year’s women’s team will be our 5, 6, 7 spots,” said Bomba. “Sundodger was a good showing for us (although based on workouts, I can’t say I was surprised in what I saw). I purposely split up our team and had Sarah, Lisa and Regan run the Invitational section. All three simply did what I would consider some of the better collegiate runners in North America should do and that is run hard and composed.”

“In the open race I thought Mirelle also did what she should be capable of doing and I loved how she and Meg Harradine handled being team leaders for that race. They keys though were our fifth and sixth runners.”

Hannah Ryan had low iron levels last year, as she recovered, she put a large volume of training in this summer. The benefits of that training showed in the results at Sundodger as she finished two minutes faster than she managed in 2014 and approximately 40 seconds behind Martens.

The fifth Spartan from 2014, Meg Harradine, is slowly rounding into shape and showed an improvement over last year. “I’d say all our girls ran great. If we can keep that 6K gap to our five and six girls to less than 60 seconds behind our fourth, I think we contend for a podium again.”

“The reality of the situation is we have eight weeks until CIS and a lot can happen between now and then. The level of the CIS has improved, even in the short time I’ve been at TWU, and there is so much more depth in all the teams. We just take care of our own business and then the day of the big race put forth our best efforts. In the end that’s all one can ask of the athletes.”