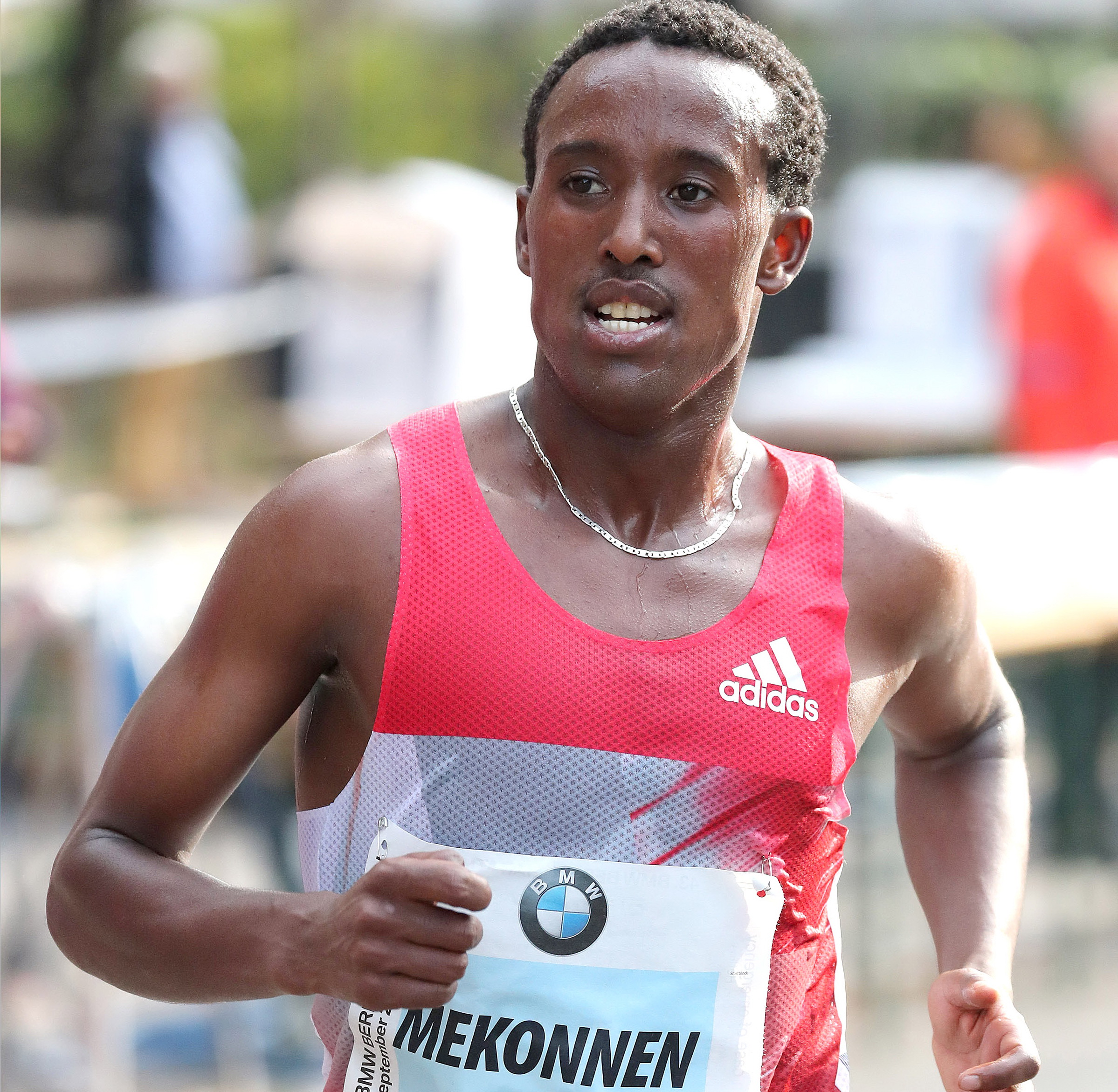 Still only 23 years old, Mekonnen has confirmed he will race the 2018 Scotiabank Toronto Waterfront Marathon October 21st, thereby earning the distinction of being the fastest entrant to ever run this IAAF Gold Label event.

“It’s been going well and I feel like I am in a good shape right now,” Mekonnen reports from his home in Addis Ababa. “Toronto is a big race and I’ve been preparing for it. I have spent three months in my buildup and so I hope to run a good race with the help of God.

The International Association of Athletics Federations (IAAF) does not recognize world junior records in the marathon – a longstanding position to discourage young athletes from beginning marathoning too early.  Regardless, Mekonnen’s performance in Dubai was superb.

Since then he has shown flashes of brilliance such as his performance in the 2016 Dubai Marathon where he earned himself third place in 2:04:46 and more recently a victory at the 2017 Hamburg marathon. But the debut was a life changing experience for him.

“Thanks to the Dubai race in 2014 I was able to get good money ($200,000),” he explains. “I currently have more than four family members living with me and I am able to support them with what I do.”

With his earnings, he bought himself a house in Addis and also a car. He had been a high school student and thereafter stopped classes in order to focus on being a professional athlete.

“Yes, that was unfortunate timing but I do have plans to study English and finish school,” he confirms. And being a typical Ethiopian teenager he enjoys hanging out with friends and family when he has free time.

“I like to swim when I am not training or racing. Also, I like to hang at the recreation areas and spend time with my family whenever I can. I have my brother; I spend most of time hanging out with him and we relax, maybe watch a movie or watch some sports.”

In a country where children grow up celebrating the success of Ethiopian legends such as Derartu Tulu, Haile Gebrselassie, Tirunesh Dibaba and Kenenisa Bekele, he was exposed to running very early and earned a place on Ethiopia’s 2012 IAAF World Junior team bound for Barcelona. He finished 5th in the 5000m final there. But, unlike others who would develop their track potential, Mekonnen quickly switched to road racing.

“To my knowledge, there were not many track races in that time and I couldn’t find the right people to bring me to those races,” he remembers. “So, I made the decision to compete in the road races. The Demadonna Management encouraged me to become a marathon runner and it was the right decision for me – looking back now.

“(Coach) Gemedu (Dedefo) has been with me coaching for the last four years. He has helped me and guided me for as long as I have known him.

“Training in the Demadonna group is very nice and I am really happy. The training is difficult at times.  Sometimes it’s hard and sometimes not so much. It depends on the race ahead. I genuinely like being with the group they are good people and good athletes. Sometimes we

spend time together after training. I have found it to be a nice (environment) and feels like home.”

Despite the tremendous amount of running he has tallied so far in his short career, Mekonnen has been healthy apart from one non-related injury. Earlier this year he slipped in the shower and badly bruised his knee. Now he feels he is back in the form required to be competitive.

“I feel good and I am recovering from my injury. In this state I would say that I am in between the 2:05-2:06 range,” Mekonnen says. “But I hope to run even better at the Toronto race.”

Clearly, he is eager to line up in Toronto and is fully aware he will face strong competition including Philemon Rono, the two-time defending champion, New Zealand’s Jake Robertson and 2012 Olympic champion Stephen Kiprotich of Uganda, among others. He edged Kiprotich in Hamburg by a mere five seconds.

“Yes, I know them,” he says, “They are my friends, especially Stephen Kiprotich. We ran together in Hamburg and it was difficult keeping up with him as he is really great athlete.

I intend on winning Toronto and nothing less.”

The course record of 2:06:52 was set a year ago by Philemon Rono. It is also the fastest time ever run on Canadian soil.

With such a strong field and with the right conditions that record could easily fall. Kiprotich has said he wants a faster personal best (2:06:33) to go with his Olympic and World Championship gold medals and Rono wants a third consecutive victory. Mekonnen with his

splendid curriculum vitae stands between them and glory. The race is certainly shaping up to be a classic.