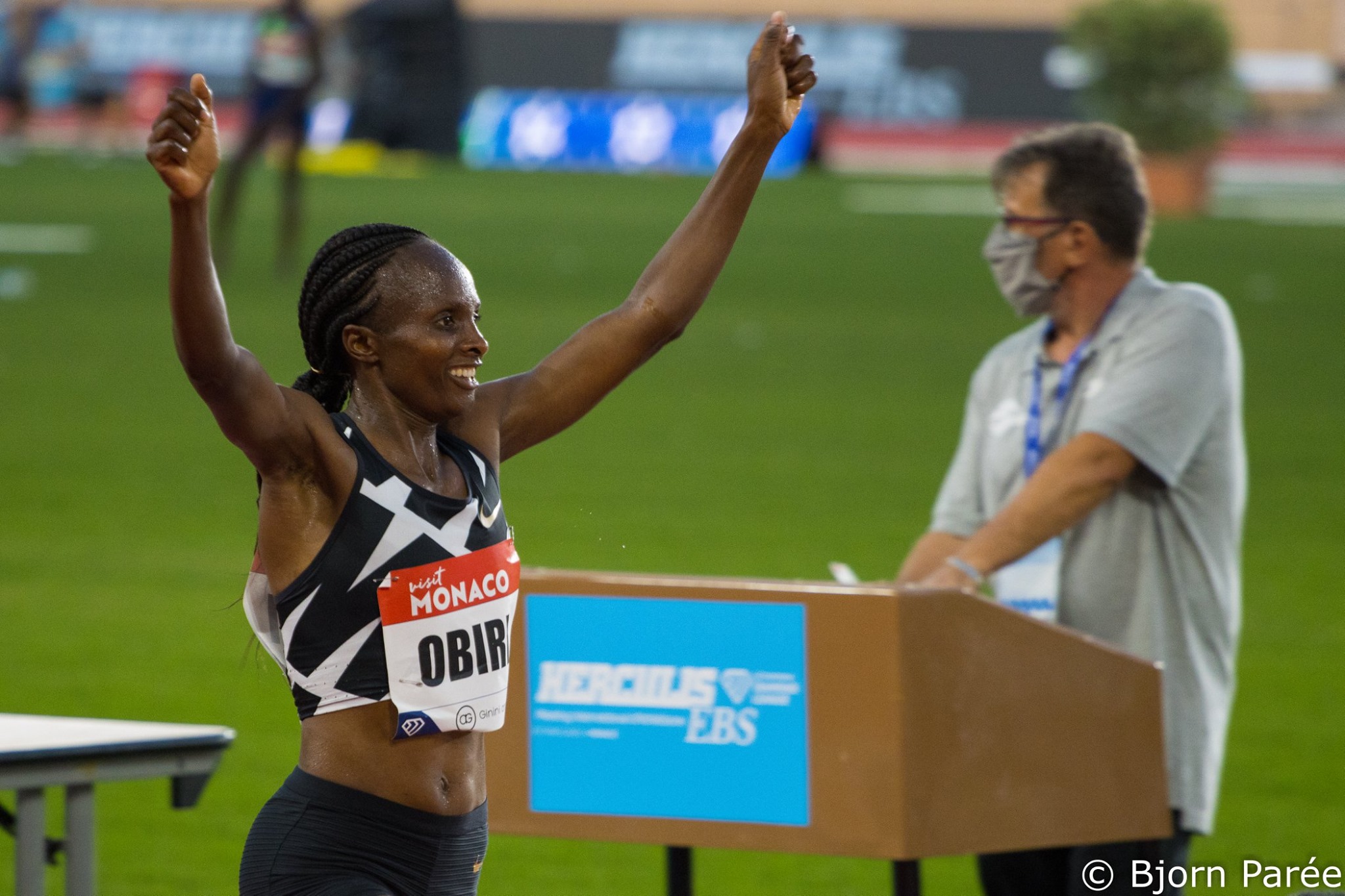 The 28-year-old Kamworwor was hit by a motorcycle while training in Kenya last June. It will be a year since his last race. Kamworwor has run the half marathon distance as fast as 58:01, which was the world record until Dec. 6, 2020, when countryman Kibiwott Kandie finished the Valencia Half Marathon in the time of 57:32.

#OnThisDay in 2019 – Geoffrey Kamworor broke the world record half marathon in Copenhagen! pic.twitter.com/aUKg3TY9XK

Obiri owns the Kenyan national 5000m record at 14:18.37 from 2017. Letesenbet Gidey of Ethiopia holds the world record for the distance at 14:06.62 from October 2020. Obiri is the sixth-fastest woman all-time with the ninth fastest performance on record.

The 15th edition of the RAK Half Marathon will take place on February 19, 2021, on Al Marjan Island — organisers are calling it the “World’s Fastest Half Marathon”. This is a tall task after the 2020 Valencia Half Marathon. But with a bolstered prize purse, top East African athletes are lining up.

Also in the women’s race, marathon and half-marathon world record holder from Kenya, Brigid Kosgei, and Ethiopia’s Ababel Yeshaneh, who is the mixed-gender half marathon world record holder, will lead the women. Yeshaneh is the defending champion of the RAK half-marathon, which she finished with a 64:31, three seconds off of Kosgei’s world best performance at the distance.

Peres Jepchirchir, Ruth Chepngetich, Yalemzerf Yehualaw, and Sara Hall are expected to toe-the-line, however, Hall raced in October at the London Marathon and is racing in The Marathon Project.

Jepchirchir won the 2020 World Half Marathon Championship in Gdynia, Poland with a (women’s only) record time of 1:05.16. At Valencia last month she clocked a near seven-minute improvement with a 2:17.15, which is the fifth-fastest time in history.