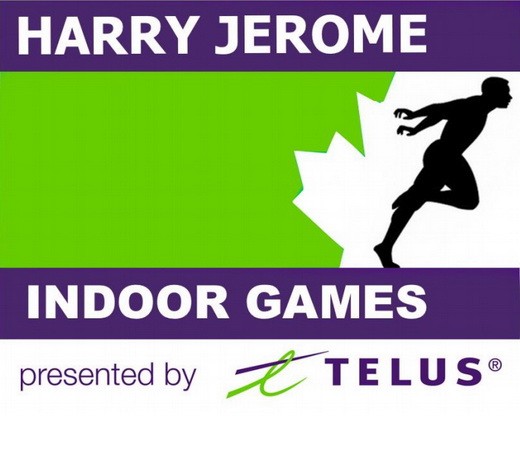 The two-minute mark. In track and field circles, it’s a symbolic number for the women’s 800-metres, a race that is seen as the ultimate test of speed and endurance.

Only five Canadian women have ever gone under 2:00, with Melissa Bishop being the current national record holder at 1:57.01. Bishop also holds the Vancouver Sun Harry Jerome Track Classic meet record at 1:58.79, which she set in 2016 in winning the event for the third time.

Lindsey Butterworth, a 26-year-old SFU grad, would love to put her name alongside the likes of Bishop, Diane Cummins and B.C.’s Jessica Smith and Fiona Benson by going under 2:00 at this year’s edition of the Jerome on June 27. She’s a little leery, however, about discussing the goal.

“I don’t want to jinx it,” the North Vancouver, said with a laugh in a recent interview.

Butterworth is, though, edging ever closer, particularly after setting a personal best of 2:01:13 in winning the Festival of Miles 800 at St. Louis on May 31.

“I definitely feel like there’s more,” said Butterworth. “But it’s just continuing to not worry about time. Focussing on exact split times and trying to run a time, I can’t get mixed up with all the numbers and worry about that too much.

“If I focus on competing in every race, it will come from there. Hopefully, the Harry Jerome will be really good and then it’s on to nationals (the following week) and then Europe.”

The women’s 800 at the Jerome could be one of the most competitive races on the docket with France’s Justine Fedronic (1:59.86 personal best) in the field. Fedronic, who went to school at Stanford and who now trains in Seattle with Brooks Beat Track Club, has suffered through a litany of injuries over the years but took four months off at the end of last season “to do a hard reset,” said her coach Danny Mackey.

“She sent a lot of time rebuilding herself, doing a lot of yoga,” he said. “She looks good and is tracking better every week. She’s building for the French championships and needs a 2:00.60 (or better) to qualify for the European championships. Given the time of the year, anyone can pop off a good time.”

Butterworth’s first dip below 2:02 at St. Louis, where she came from third place going into the final 250-metres, was a big step.

“Finally. I have been running 2:02 consistently and earlier (in the season) than I ever have. I knew a breakthrough was there. (Coach) Brit (Townsend) kept telling me to be patient and just go into every race and be ready to compete for the win.”

Butterworth said the transition from a collegiate career to pro track has been challenging. But while working the last year in student services at SFU, she feels like she’s got a consistent routine going, a good balance between work and training.

“I’ve definitely found my place, found the love for the sport and passion. It was just about finding new reasons to enjoy it and having new goals after university, going from competing for collegiate championships and the team to more competing for myself.”

Butterworth says she’s keen to run for the first time on the newly resurfaced track at Swangard Stadium, although, unlike others, she didn’t have any real problems with the old, worn surface.

“I knew there was some patches on it . . . but I didn’t notice it to be that bad. I’ve run on that track pretty much all my life, right from elementary meets. This will be my ninth Jerome. It’s always a really good atmosphere, really gets the nerves flowing.”

The women’s 800 is the most controversial race in world track right now because of the presence of 27-year-old South African star Caster Semenya. The two-time Olympic champion is believed by many to have an unfair advantage because of her hyperandrogenism, which causes a person to produce high levels of male hormones, including testosterone.

Of the 26 sub-2:00 times run so far this year, Semenya has four of the seven fastest, including a season-best 1:55.92. With her trademark strong burst over the final 100-metres, she seems eminently capable of beating the oldest record in track and field, Czechoslovakian Jarmila Kratochvilova’s 1983 mark of 1:53:28, which is widely considered to be a product of the systematic doping by Eastern Bloc countries.

Semenya, unbeaten in more than 30 races at 800-metres since 2015, has often eased up at the end of races with some speculating she is reluctant to break the record and thereby court more attention to the advantages of her powerful physique.

Under new IAAF regulations set to come into force in November, athletes like Semenya will have to take medication to lower their levels if they wish to participate in certain events, including the South African’s preferred 800 and 1,500-metre distances.