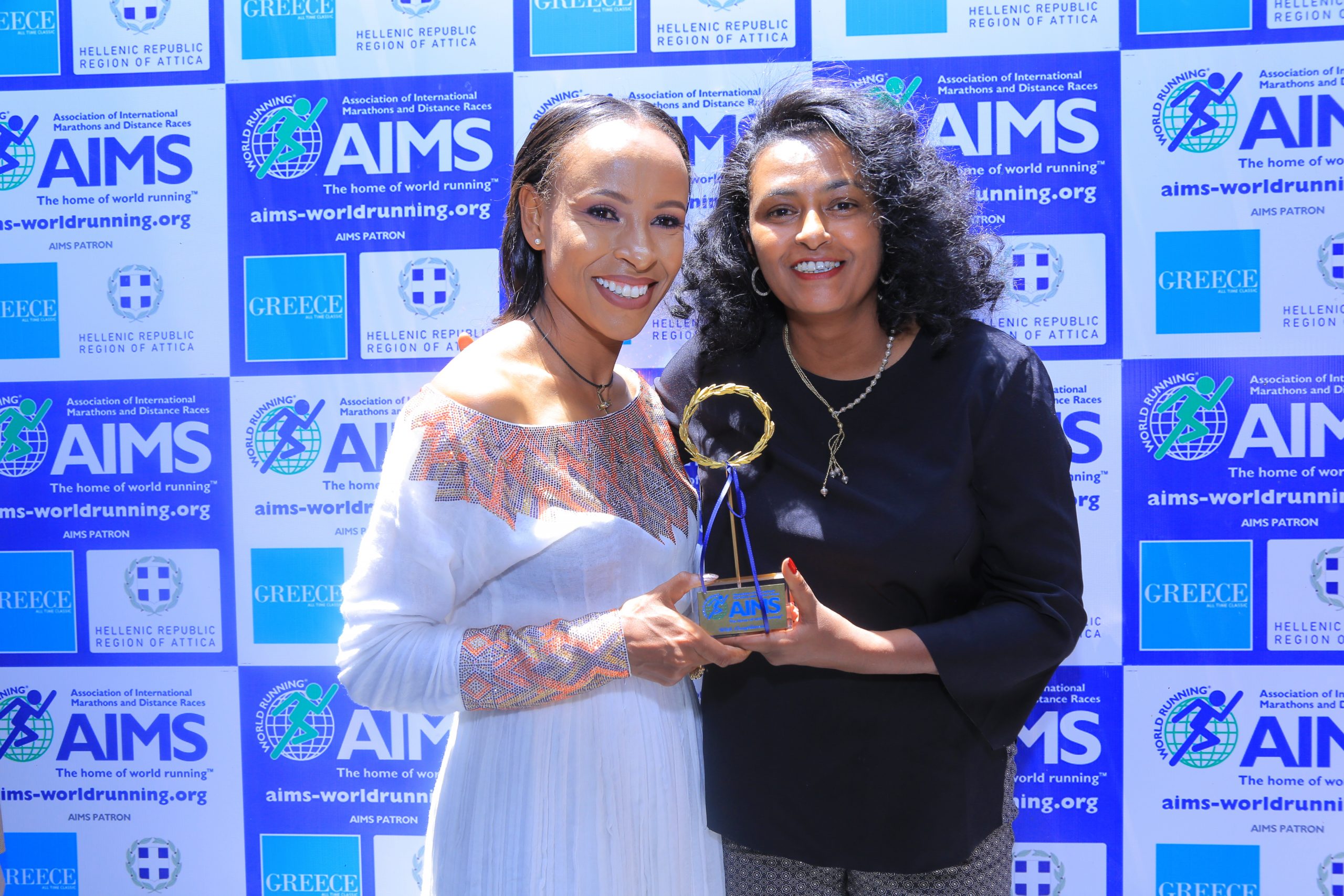 Meseret was presented her award, a laurel wreath from the home of the marathon; Athens, Greece by H.E Semegne Wube Haile, State Minister for Women, Children and Youth of the Federal Democratic Republic of Ethiopia in advance of the women’s race in Ethiopia called ‘Women First 5k’, a race that Meseret supports as Ambassador.

The giving of a laurel wreath trophy is highly symbolic and dates back to the ancient Olympic Games and before, to the quadrennial Pythian Games where laurel wreaths were given to victors. Legend has it that the Pythian Games were held in honour of the Greek God Apollo who had slain a great serpent Python.

The AIMS Inspirational Woman Award is presented by the AIMS Women’s Commission, a world women’s running movement aiming to improve the participation of women in distance running throughout the world while empowering women through the sport of running.

Meseret Defar said, “I am honoured to be presented with the AIMS Inspirational Woman Award. I would like to thank AIMS, their members and the AIMS Women’s Commission for recognising me with this award. It is especially appropriate to receive this award at the’ Women First 5k’ here in Ethiopia, which is this year celebrating its 17th year. Of course, it is good to win races and break records but if my profile in running helps in any way to inspire other women to succeed in whatever area of life and to improve their health and wellbeing through the wonderful sport of running, then that would mean the world to me.”