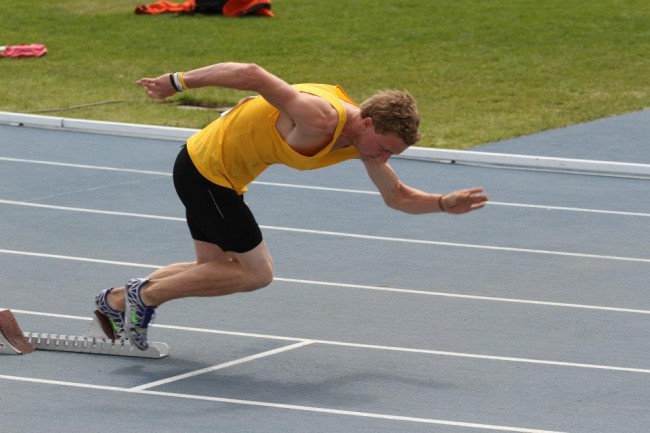 Eighteen-year old Tyler Smith of Wetaskiwin, Alberta is one of Canada’s top 800m runners and he still attends high school. 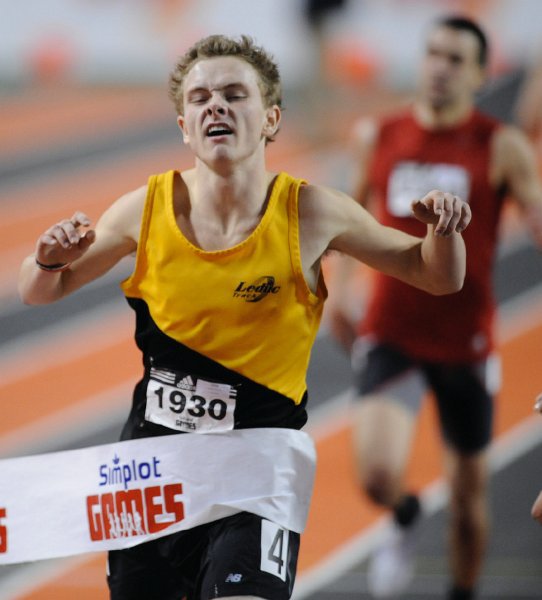 Christopher Kelsall: What sort of running community is there in Wetaskiwin and Leduc, Alberta? Is Wetaskiwin home?

Tyler Smith: Yes I am living in Wetaskiwin. Although Leduc is the city with a track club, from a high school perspective Wetaskiwin has much more successful programs and school teams. Leduc has more of a casual running community, where many middle-aged people run to stay active. John Bole, my coach has worked very hard to insure Leduc is knowledgeable of our track team’s successes. He nominated me for Leduc Athlete of the Year, an award I had the honour of winning last year. Training in Alberta is tough because of all the snow, especially around Edmonton, indoor season is the longest season of my year and its definitely not the easiest.

TS: Yes I did. And no it was actually after the athlete award. The award is nominated closer to January and I ran my pb in June when I was 17 heading into Grade 12.

CK: So John Bole is somewhat obligated to re-nominate you for the Athlete of the Year Award, considering your new level of fitness.

TS: I would hope so! I think he did. But he’s been busy traveling a lot but if he didn’t I’m sure he can fix it, he’s a man with people in places. I mean he’s been around for a while ha ha we’ve been working hard to run a real fast time this February!

CK: There seems to be a resurgance of talent with young 800m runners in both the women and men in Canada, why do you think that is?

TS: It’s easier to train harder knowing you got others around Canada running fast. That’s what helped me with Branden (McBride) that’s for sure!

TS: This was the first full year without basketball everyday! So hopefully it’s gonna be a booming year! Played every sport but hockey. But really the only sport I do now is snowboard and run. I really miss ball though!

CK: Well running can require obsessive-like behavior, perhaps it will be the only thing that matters soon.

TS: Oh don’t get me wrong I’m obsessed! But as much as I love running like everyone does, life will always be more important!

CK: Your position on the court?

TS: I used to play as a power foward.

CK: Which is your favourite NBA team and player(s)?

TS: Lately me and my buddies have been putting bets in and I gotta go for Miami. I think my odds are best there! And just like any Canadain you gotta love Steve Nash!

CK: How did you come to being a runner?

TS: My basketball coach Jordan Hamer, who got hit by a car when I was training, told me I had to run track for the day off school. Also another teacher who changed my life. I found out I was good, we found John and now here I am!

CK: What does a typical training week look like for you? What volume of mileage are you up to now?

TS: Train three to four days a week now with low mileage,  25 km a week at the very most.

TS: Run fast and turn left I guess? That’s something John always says to me. But indoors hopfully 1:48 and 1:46 outdoors. That would be good for me for sure!

CK: I understand that you have made the choice of running collegiately for the University of Victoria Vikes for 2013.

TS: Yes I did! And I am so excited! I’ve got to see Victoria a few times because of the NTL meets last summer and then my visit. I love it there! It’s a close family-like group, where the coaches and athletes can really build a lasting relationship. Brent reminds me a lot of my coach John, who’s a huge role model to me now.

CK: They have a strong history and a good running culture at the University and within the city. Are those the reasons why you chose UVic?

TS: Yeah! Looking at the people I can train with is a huge thing. I have never really had the opportunity to train with people of my level and with so many people just as fast as me or faster at Vic, I think I would be crazy not to live there. Besides it’s one of the most beautiful places I’ve ever been in Canada, and only an hour flight to see my mom who’s a big deal to me. Victoria has the center for middle distance running with Brent (Fougner) and Wynn (Gmitroski), it is also close to home without snow, and it’s a place where I can in represent Canada’s CIS like a Canadian should.