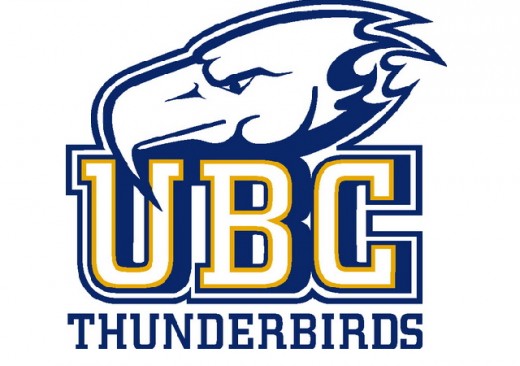 On the men’s side, Indiana Tech also won the national title for a second straight year finishing with 105 points. Wayland Baptist was second with 93 points. Concordia (Ore.) finished third with 87 points, Oklahoma City University came in fourth with 40 points, and UBC rounded out the top five with 34 points.

Maria Bernard was one of three UBC athletes to win an individual event on the final day of competition. The third-year runner, who twice had finished second at the NAIA Championships in the 1500m, won the 3000m steeplechase in a time of 10:25.87. Teammate Micha Gutmanis joined Bernard on the podium, coming in third place. She crossed the line just .93 seconds in front of the fourth place finisher.

Justin Kent made it a double in the 3000m steeplechase for UBC as he won the men’s event in 8:52.92. He ran the perfect race, winning by nearly 10 seconds to be crowned NAIA champion.

The winning continued in the women’s 800m courtesy of Devan Wiebe. After finished third in the event in 2012 and 2013, the third-year runner would come through in 2014 taking home the title with a time of 2:08.17. Tamara Harris wasn’t far behind, crossing the line in fourth place in 2:10.16.

Second-year sprinter Joy Spear Chief-Morris earned her first career NAIA medal, running the 100m dash in a time of 11.68 to finish in second place. She also ran the 200m dash on Saturday, settling for sixth place in 24.22.

Amelie de Fenoyl picked up her second silver medal of the championships finishing in second place in the women’s 5000m. She led for a good portion of the race, but was overtaken in the final laps, running a time of 17:32.94. She also won silver in the 10,000m. Bernard, just didn’t seem to have the legs to keep up with the front runners after winning the 3000m steeplechase earlier in the afternoon, crossing the line in eighth in 17:50.75. 10,000m NAIA champion Jackie Regan rounded out the UBC contingent in 14th place in 18:34.28.

In the women’s 1500m UBC placed three runners in the top seven. Natalia Hawthorn was the top Thunderbird finishing in fourth place in 4:27.64, just .41 out of third. Catharine Farish was just behind Hawthorn in fifth in 4:28.42 and Rhiannon Evans crossed in seventh place in a time of 4:30.63.

2013 NAIA champion Luc Bruchet would not defend his title in the men’s 1500m. He had to settle for bronze, clocking a time of 3:50.72. Southern Oregon’s Eric Avila, who Bruchet beat down the stretch last year, was the winner with a time of 3:48.93. Jack Williams finished in seventh place in 3:53.72.