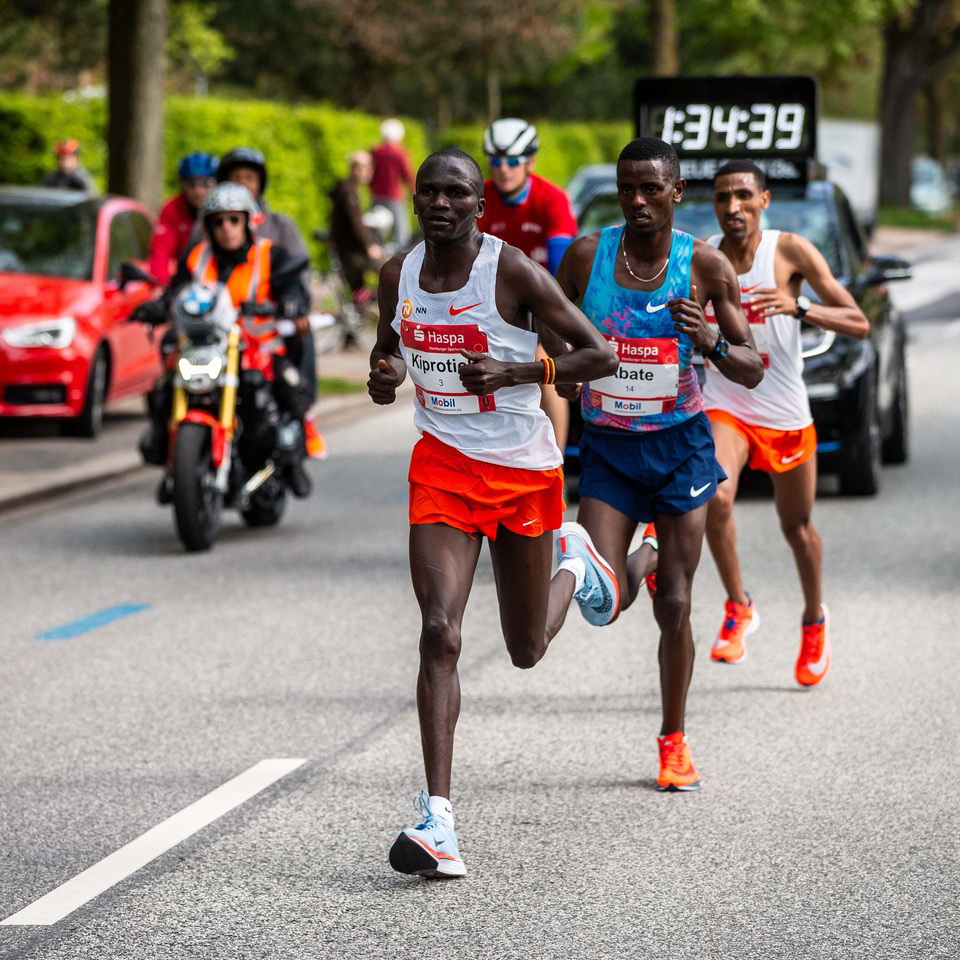 Over its decades-long history, the Scotiabank Toronto Waterfront Marathon has been graced by some of the world’s greatest marathoners, but never an Olympic champion. That will all change October 21st when Uganda’s Stephen Kiprotich will race in this IAAF Gold Label event.

The 2012 London Olympic marathon champion will accompany two-time Toronto champion Philemon Rono from their mutual training base in Iten, Kenya in what should be an intense battle between the two accomplished marathoners.

The pair are both friends and training partners, but each will want to take home the CAD$30,000 first-place prize money.

“I am really happy and training hard and looking forward to compete in this big race in Toronto,” says Kiprotich, who also won the marathon title at the 2013 IAAF World Championships in Moscow, joining Ethiopia’s Gezehegne Abera as the only men to ever win both major competitions.

“I was speaking with Rono and I asked him what is the course like,” he says of the man who set a Canadian All Comers’ record (2:06:52) in Toronto a year ago. “He said the course is good and nice. I was telling him if we go fast the first half in 63 minutes we can push at the end to ‘2 zero 5.’  He told me it is possible.“

Kiprotich became a national hero when he won the Olympics, as only one other athlete from the East African country has ever been crowned Olympic champion. That was 400m hurdler, John Akii Bui, who won his specialty at the 1972 Munich Olympics forty years earlier. The gold medal is a national treasure Kiprotich understands.

Kiprotich’s major championship success is outstanding and all the more remarkable since he chose to make Iten his training base. There he lives in the camp built by Dutch based management company Global Sport Communications with a group which includes not only Rono but the world’s number one marathoner, Eliud Kipchoge. They are coached by 1992 Olympic 3,000m steeplechase silver medalist Patrick Sang.

Although the facilities in Uganda have improved substantially since his Olympic victory, he still prefers the familiarity of the Iten camp.

“I started training in the Global camp in 2010 but started working with Global in 2007,” he explains. “Why am I training here? I am training here because my friends are here and I have good company. And also, there are good friends of mine here and back in Uganda so many young athletes I cannot train with them but just try to inspire them.”

Home is the village of Cheptilyal, Kapchorwa district, in Eastern Uganda. Kiprotich is a member of the Sabiny people, part of the famous Kalenjin tribe which dominates running in Kenya. “We are all one community, there is no problem with Kenya and Uganda,” he offers.

With a wife and three young children, two boys and a girl, the sacrifice for athletics is self evident. Asked why he still runs when he has won the biggest event on the world stage, he is quick to respond.

“I like running and why I am still running is that back in my country there are now many athletes,” he explains. “I run every day to inspire them to tell someone that after winning two medals that is not the end you have to continue running.”

As a young schoolboy he had been inspired by the sight of runners training in the countryside. His older brother, David, was also a runner.

“David started running in high school, but I started in primary. My home was along the road. There were so many runners training along that road and I liked them when I saw them running,” he remembers. “And when I was in school they told me that John Akii Bua won the first Olympic gold medal in 1972 for Uganda. He was famous in Uganda. I said ‘I have to run to be like him.’”

In the time between training, eating and doing chores around the Global camp, Kiprotich enjoys listening to reggae music, especially Bob Marley, and watching Kung Fu movies. Often the group gathers around the television to watch wrestling. “It is good fun, everyone in the camp makes fun,” he says.

Despite his tremendous success and uncanny ability to peak at the right time, Kiprotich knows his personal best of 2:06:33 deserves to be substantially reduced.

“I have the two medals but also I want to run a faster time than 2:05,” he declares. “Most of the people they look at my times and they ask me how did you win these two medals in poor times? So it is my hope to run a good time before I retire.”

Kiprotich and Rono can expect some stiff competition from New Zealand’s Jake Robertson who debuted with a national record of 2:08:26 earlier this year. All three are looking for a time faster than the course record. If race organizers can summon up cooperative weather, we may well see magic achieved at the Scotiabank Toronto Waterfront Marathon.

For more information and to enter  the race, visit www.STWM.ca