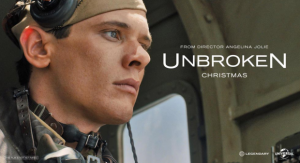 The running community has long wondered if Hollywood will ever get it right when making a running movie. More often than not movie-makers seem to fall short in their efforts to capture the essence of elite level running and fail to portray the physical stresses and emotions of competition in realistic and compelling ways. Typically having small budgets to work with, when making running movies, directors are limited in their ability to collar the colloquial lexicon of the running aesthetic.

One movie, however, did manage to capture running in fairly realistic form and that was Without Limits, the story of Steve Prefontaine. It may have helped that Cruise/Wagner Productions made available approximately 10 times the money that Disney did on their version of the Prefontaine story with their release titled Pre. Doing so, afforded the Wagner/Cruise version a star in Donald Sutherland as the famous Bill Bowerman as well as a rising actor in Billy Crudup as Prefontaine. Aside from Without Limits, Hollywood has left little to be desired for the running community.

As far as star power goes, perhaps in the case of Unbroken it helps to have a very compelling story as well as big a name producer and director with Angelina Jolie behind the wheel. As it turns out the Universal Pictures release of Unbroken leads at the box office during the 2014 Christmas season.

Although 2014 was a slow movie-going year, a turnaround took place at the box office on Christmas Day when Unbroken was released. The gross dollars that were brought in on Christmas Day were up  6.6% over December 25th 2013.

Unbroken was released to 3,131 theatres and had a December 25th haul of over 15.9 million dollars, the third largest December 25th in history. The movie had competition too, with Disney’s anticipated, Into the Woods also The Hobbit: Battle of the Five Armies as well as Night at the Museum: Secret of the Tomb and several others including The Hunger Games: Mockingjay Part 1.

Many reviews suggest that Jolie had a wonderful story to work with, one that had yet to be told on the silver screen and one that few people outside of the running community knew much about. It is based on the novel by author Laura Hillenbrand, Unbroken: A World War II Story of Survival, Resilience, and Redemption, which is based on the true story of Louis “Louie” Zamperini, American athlete and war veteran.

The reviews from critics have varied from lukewarm to warm to slightly better than warm, most often siting the fact the the story is very compelling, but the movie was mediocre to modest in its entertainment value and quality. Once again moviegoers ignore the reviews, when making viewing decisions.