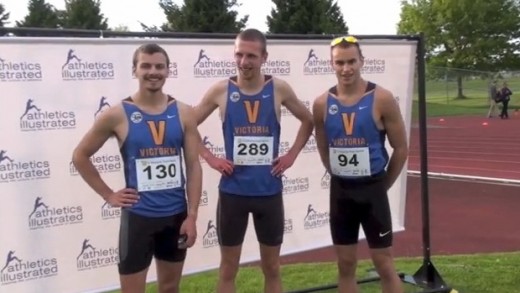 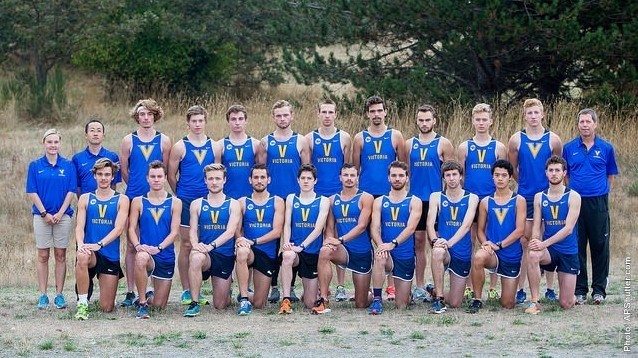 The University of Victoria Vikes have a long history of performing well during the CIS  cross-country season. This year will be no different, as the men’s and women’s teams are heavy with veterans who have performed well over various stages of their varsity careers.

Coach Keith Butler is back in the fold, after a one-year absence from the Vikes, helping to complement the very experienced Head Coach Brent Fougner.

Head coach Brent Fougner told his team in June that the 2014 cross country season was going to be a priority this year for his veteran-laden team.  Led by CIS cross country All-Canadians Ryan Cassidy and Dylan Haight, there will be keen competition amongst the Vikes men to earn one of the seven roster spots for the CIS championships to be held November 8th in St. John’s Newfoundland.

Fourth year Jackson Bocksnick and team captain Cole Peterson led the Vikes men at the Stanford Invitational September 27th posting solid times on the soft and demanding 8K course of 24:43 and 24:46, respectively.  Third year Cody Therrien ran 25:03 and rookie Ben Weir ran 25:20. Several key Vikes did not make the trip to Stanford and will likely make their season debut at the Western Washington Classic in Bellingham, WA on October 11th including Olivier Collin and Thomas Riva.

Collin is a former national junior cross country champion and after two years of battling injury and running 3:41 for the 1500m event this summer, is primed to make an impact on the national stage.  Riva who is the defending CIS 1000m champion, represented Canada over 800m at the U-23 NACAC championships held in Kamloops, BC in July and will run cross-country for the first time in this, his final CIS year.  Riva was the Island high school cross country champion and has a personal best 1500m time of 3:43. Coach Fougner believes Riva is ready to make an impact over the 10K cross-country distance.  Also yet to make their season debuts are the talented duo of Ryan Cassidy and Dylan Haight. Both have earned CIS All-Canadian status in previous CIS cross country championship meets and provide the Vikes with experience and the potential, along with Collin, to put a strong threesome in the front pack.

Adding depth is rookie Ben Weir.  Weir, a product of Victoria’s Glenlyon-Norfolk school, was the 2012 BC high school cross country silver medallist and the 2013 3,000m gold medalist and after a year of adjusting to a higher volume of training is healthy and ready to challenge for a spot on the Vikes’ seven-man roster.  Veteran Doug Oxland, in his fifth year, was fit and ready to race at Stanford but came down with a foot infection and was unable to make the trip.

The Vikes women had their best showing to date at the Stanford Invitational capturing the women’s non-NCAA division team title.  Team captain Kendra Pomfret led the Vikes women running 22:03 over the 6K distance, demonstrating that she has returned to the form of two years ago, following a year long struggle with injury.  Stelly’s Secondary product Shauna McInnis, in her fourth year, was next across the finish line in 22:14 and is running with great confidence, having won the CIS indoor championship 1500m silver medal in March.  Rookie Chloe Heglund, a Parkland Secondary grad, made a strong debut finishing third on the Vikes team just ahead of second year Brittany King (Spectrum Secondary School).

Emma Bibault out of Calgary and Nicole Soderberg, out of Edmonton, provide the team with strong depth.  Yet to make her cross-country season debut after another strong outdoor se 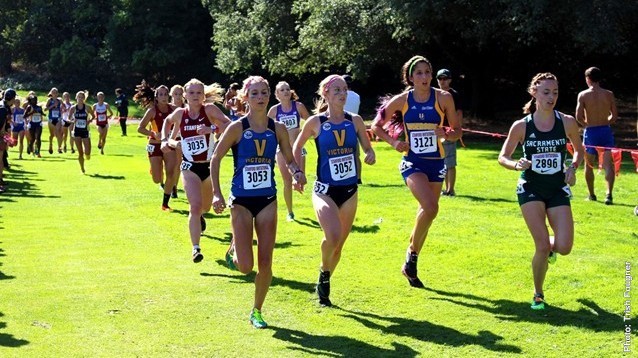 ason is three time CIS indoor 600m champion Rachel Francois.  While clearly an 800m specialist, Francois placed 18th at last year’s CIS cross country championships, demonstrating that she has the strength and determination to succeed over the demanding 6K distance.  Grace Annear fits a similar mould to that of Francois.  An 800m specialist and the CIS 600m silver medallist behind teammate Francois, she has the toughness and talent to compete over the hills and trails of cross-country running.