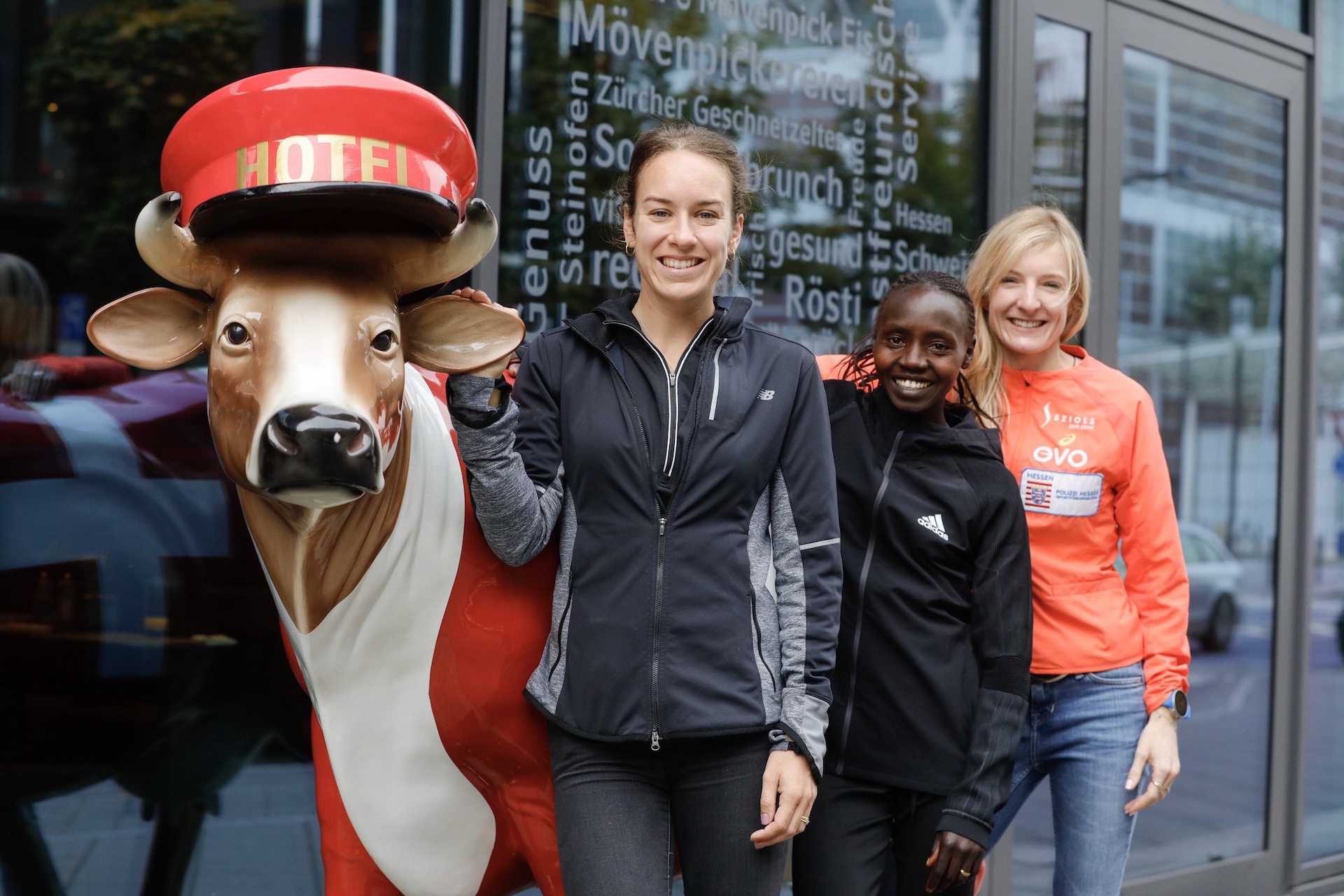 You can have physical talent as an athlete but is that enough? Long term followers of track and field will remember the oft-cited quote by Sebastian Coe in his competitive days when the current IAAF president was asked a question along the lines of: “What’s the most important part of your athletic armoury?” The response of the double Olympic champion at 1500m and world record holder was: “The top nine inches.” His view was, it’s what in the head that counts.

Valary Aiyabei of Kenya, the newly crowned women’s champion and course record holder of the Mainova Frankfurt Marathon, certainly has physical talent. Running 2:19:10 and, in the early stages of her solo run to victory in the Festhalle, startlingly inside world record pace, shows you have to be a special runner. Going through the first 5 km in 15:38 was astounding, pointing to a finishing time, admittedly far in the distance, of inside 2:12 which would have been a staggering improvement on Brigid Kosgei’s world record of 2:14:04, set only two weeks previously in Chicago.

What made Aiyabei go out so fast? There’ve been occasional examples of runners “showboating”, wanting to look good only to fade as in Greek mythology when Icarus and his father dared to venture too close to the sun. But speaking barely minutes after crossing the finish line on the Festhalle’s red carpet, Valary Aiyabei reflected in a matter of fact style: “I started fast because I thought I could hang on later when I slowed down.” This response would suggest a marathon novice but that the Kenyan definitely is not. The Frankfurt win was her third marathon of the year after third place in Nagoya in Japan in 2:23:01 in early March, followed by winning the Eldoret title on home ground with 2:27:19 in late April.

Talking later in more relaxed circumstances after the victory press conference on Sunday, it became clear that Aiyabei’s strong belief in her capabilities has also been boosted by Brigid Kosgei’s world record. The latter carved 81 seconds off Paula Radcliffe’s world record which had stood for 16 years. The impression Valary Aiyabei gave in Frankfurt was that there are other women, albeit from a select talent pool, who believe they can follow suit: “The world record is possible if you train well and focus on the race, everything is possible. I think it is possible because when I was running those splits for a 2:14 finishing time, I felt comfortable.”

She did slow down but though she spoke of having to “struggle and fight”, looked comfortable running at what eventually was 2:19 finishing tempo and kept more than a minute between herself and a group of high-quality pursuers. There was an edge to her voice when she reflected on another reason for going out so hard: “My plan was to run a PB because my personal best had stood for so long.” Aiyabei had run 2:20:53 for third place in Berlin two years ago. She can certainly reflect on a mission accomplished but Valary Aiyabei issued another declaration, expressing her delight at the reception from the Frankfurt fans: “I believe the women’s world record can be run here. Yes, and I think I can do it!” Next year’s Mainova Frankfurt Marathon will take place on 25th October.

The day also brought good news for the two leading European women who both comfortably achieved the Olympic qualifying time by running inside 2:29:30. The Briton Steph Twell finished as top European in eighth place with an impressive personal best of 2:26:40, improving by almost four minutes in her second marathon. She also broke the 22-year-old Scottish marathon record of Liz McColgan, who ran 2:26:52 back in 1997 in London. „Yes, I feel I am much more of a marathon runner now,“ said Stephanie Twell. Germany’s Katharina Steinruck also made big inroads on her best time of 2:27:26 to achieve the qualifying time for Tokyo: „It was a great race for me and I felt really good. Breaking the Olympic standard by more than two minutes makes me very happy. I hope this is good enough to secure nomination.“

More Information is available at: www.frankfurt-marathon.com