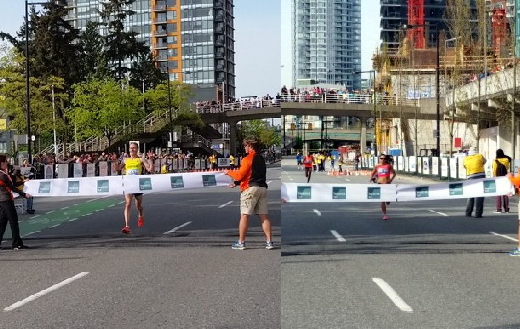 The Vancouver Sun Run, Canada’s largest 10K road race and the third biggest in the world, will be running once again from Georgia Street on Sunday, April 23rd for its 33rd edition.

The course is fast, as the first mile (1609m) is downhill and flat to Lagoon Drive, from there it gently rolls to 5K, where the course has its only significant climb, which takes runners up to Burrard Bridge, by a steep, but short climb. The course has long straight stretches on Beach Ave and 6th Ave then finishes on the other side of the Cambie Bridge outside of BC Place Stadium.

“The last time I competed in the Sun Run was 2015; it was in April during exams,” shared Declan White, who runs for Trinity Western University. “It was my first road 10K ever. I was excited and felt well prepared after a several months of good training and racing indoor track. I stayed in Kitsilano with a friend the day before.”

White finished fifth overall in the time of 29:58. The winner was American Luke Puskedra, who crossed the line in 28:53. Puskedra was followed in by Daniel Kipkoech and Leonard Kipkoech (not related) both of Kenya. They finished in 28:58 and 29:05, respectively.

“The start has a flat section for the first 300m, followed by a 500m of downhill, which was perfect for picking up speed and getting into “race mode” during the first km of the race. The Sun run was definitely one of the most fun but also one of the toughest races I’ve ever been in!”

Eric Gillis, who has won the event twice, trains with Speed River Track and Field Club in Guelph. He won in 2016 in the time of 28:52 and in 2011, crossing the line in 29:04. “It’s not a particularly easy course with the climbs up and bridges, but with the net downhill a personal best time is possible,” he said.

Gillis is a three-time Olympian and competed three times in the IAAF World Cross Country Championships. He owns a marathon best of 2:11:21.

The most wins is three, by Vancouver’s Lynn Kanuka (knee Williams) and Kenyan James Kosgei. They both won three consecutive times.

The race was started by Dr. Doug Clement and his wife Diane Clement as well as Dr. Jack Taunton. The race has grown since the first running, where there are now nearly as many volunteers (2500) as there were participants during the inaugural running (3200). 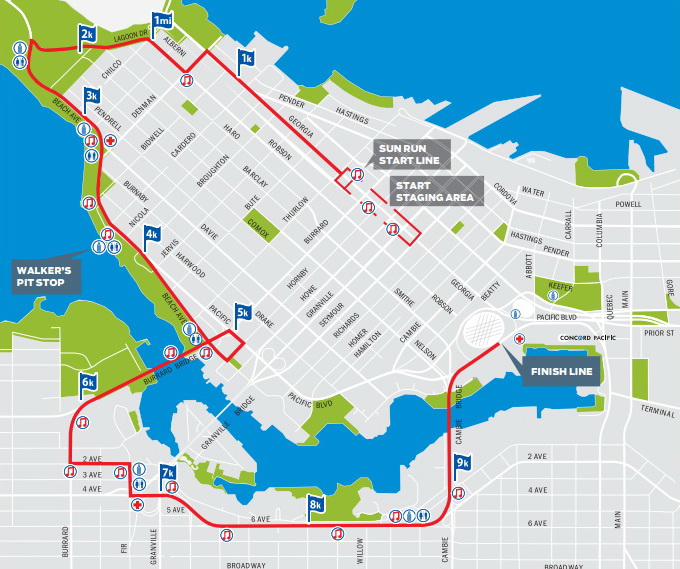