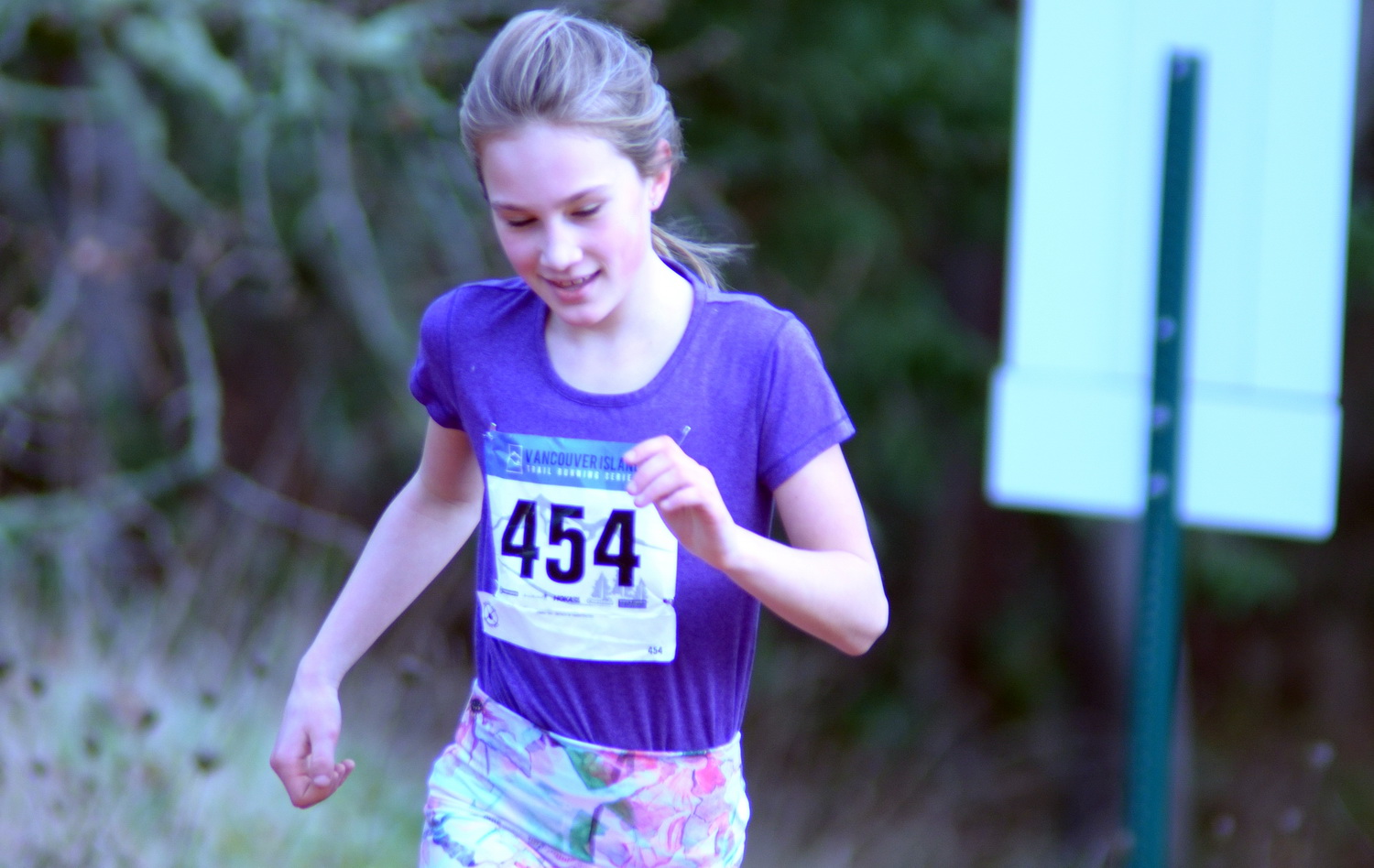 The Vic City Elite and Athletics Canada West Hub teams were out at the Pacific Institute for Sport Excellence (PISE) on Sunday, December 8, to preside over a youth cross country meet as part of the build-up to the 2020 Pan Am Cross Country Cup.

There will be a kid’s race at Pan Ams – students from Victoria area schools will compete as if they are from various Pan Am nations. For example, St. Michael’s University School is racing as Panama on Feb. 29 at Bear Mountain Golf Resort.

Sunday, kids age 5 to 12 took in the mini-meet. There were three races: 1K for ages 5-6, 1.5K for 7-9 and 2K for 10-12. The kids started on the track, and then quickly hit the gravel trail. The route had a very gentle roll and was run primarily on gravel. All racers hit the “PISE km loop” for some or most of their race route. Little did they know many of Canada’s fastest national and international athletes train on the loop, including their lead cyclist Rob Denault, who was also the race director.

Eamonn Millar won the 1K race in the time of 4:38. Elliot Warder finished second two seconds back of the lead, while Theo Stellingwerff stopped the clock at 4:57. There were 11 competitors.

In the 1.5K run, Conor Beamish came away with the win breaking the tape at 6:35. Eight seconds back was Holde Cunningham and five seconds behind Cunningham was Jack Parfitt. There were 26 competitors.

In the 2K race, Egan Franey won in the time of 6:50. Julia Molony finished second in the time of 7:02 and 24 seconds back was Emmit Anctil. The full results are below.

Racing started at 11:30 am, but not before some pre-race warm-ups were practiced led by UVic Vikes Bridget Mateyko and Georgia Ginther and national team members, Sarah MacPherson, Erin Teschuk and Rob Denault. 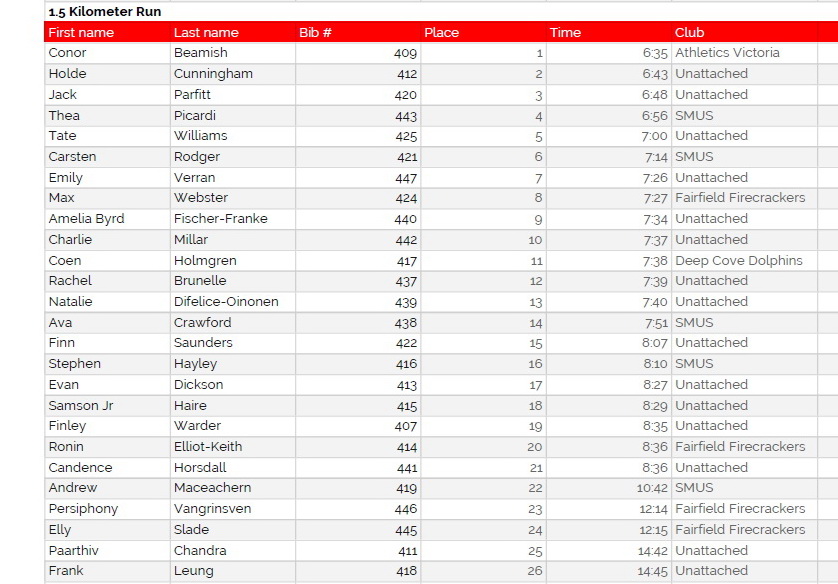