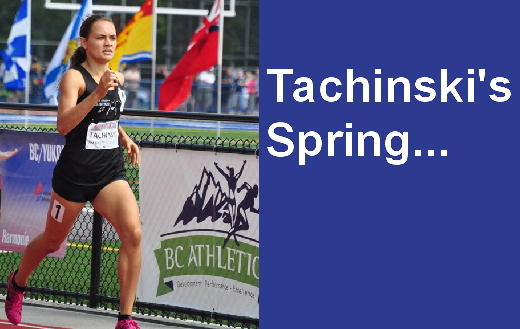 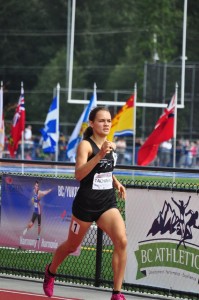 Fifteen-year-old athlete Victoria Tachinski of Winnipeg, Manitoba is one of Canada’s top youth runners. The Vincent Massey Collegiate student currently owns three Canadian indoor records for the distances of 300, 400 and 600 metres. She also owns the Canadian 800m outdoor record for runners under the age of 16 with her 2:07.90. She had just turned 15 during the summer of 2014 when she set the 800m mark. Her future looks bright.

Asked about her spring and summer goals she told Athletics Illustrated, “I hope to compete in the Occidental meet in Los Angeles. I also have the provincial championships here and some other smaller meets. I want to qualify for the 2015 IAAF World Youth Track and Field Championships.”

For her long-term goals, she told Winnipeg Free Press correspondent Paul Wiecek in an article dated February 27th, “Universities can’t even talk to me until after Grade 11 and I’m only in Grade 10, but I would like to go to university in the States, hopefully get a scholarship. I would love to go to a huge school, a big track school, and just be part of a huge team. But we’ll see what happens.”

The well-rounded, multi-sport athlete, who comes from a very athletic family plays, hockey, football and basketball and wants to take up handball this summer, but running is her primary sport, “I like running because whatever you run, it is just up to you. It is good for me because I am a competitive person. The clock doesn’t lie and that is the accomplishment that you carry around with you, your time.”

For spring and summer 2015 racing season, if she isn’t on every recruiter’s radar yet, she 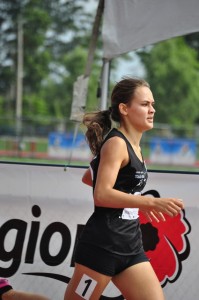