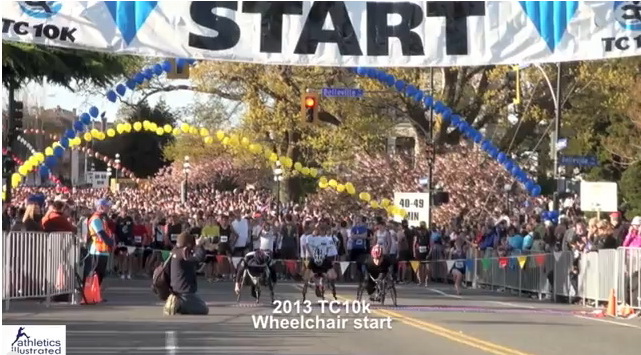 The 33rd annual TC10K road race will be taking place Sunday, April 24, 2022, on the streets of downtown Victoria, BC. It will be a busy day on the streets of British Columbia as the Vancouver Sun Run takes place on the same day across the water.

This could mean that a total of 50,000 people will be running between the two events.

“We are looking forward to hosting the TC10K and the Thrifty Foods Family Run again this year in our beautiful city,” says Keith Bridge, Executive Director of the RunSport Victoria Society.  “After much discussion and consultation with the health authorities, city officials, and members of the community, we are excited to be able to return to an in-person experience in 2022. Our focus now is to provide the very best 10K race experience and Thrifty Foods Family run. Our goal is to engage and encourage as many people from our community at whatever level they feel comfortable, to live a happier and healthier lifestyle. This is an opportunity for us to celebrate as a community, and we all know that we are better together!”

The men’s record is held by Kenyan Simon Chemwoiyo, who ran 28:47 in 1995, while the women’s record of 32:54 was set by Poland’s Karolina Jarzynska in 2011. The course was an out and back along the waterfront the year that Chemwoiyo set the record. Since, the route has had several changes including heading through downtown, into Beacon Hill Park before returning along the waterfront.

Smith who is involved with the organization of the race and is the current CEO of Triathlon Canada said, “The TC10K is one of the most beautiful races in the world. By using this race as a goal, our supported clinics will teach you to train intelligently and safely, and give you many positive skills to use past race day.”

The race offers in-person training clinics that start in January. On race day, there is also a 1.5-kilometre kids race.

For more details or to register, go to tc10k.ca