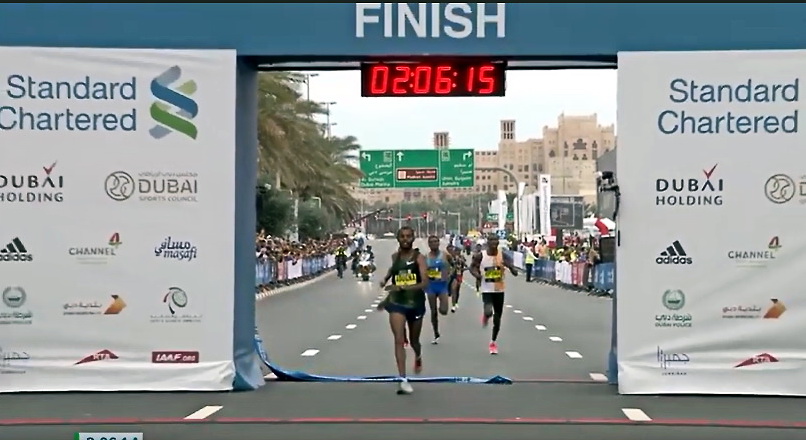 Worknesh Degefa produced the top performance of the day when she won the Standard Chartered Dubai Marathon for a second time after her debut win in 2017.

The Ethiopian clocked a fast time of 2:19:38 which is also the 2020 world lead. While she was well ahead, the men’s race once again had a spectacularly close finish.

Debutant Olika Adugna of Ethiopia was the surprise winner with a world lead of 2:06:15 while the first four runners were only separated by three seconds. But that was not all: For the first time in marathon history, eleven runners clocked times of sub-2:07.

The Standard Chartered Dubai Marathon broke its own record. Back in 2012 ten runners had produced such times here. Both winners are rewarded with 100,000 dollars.