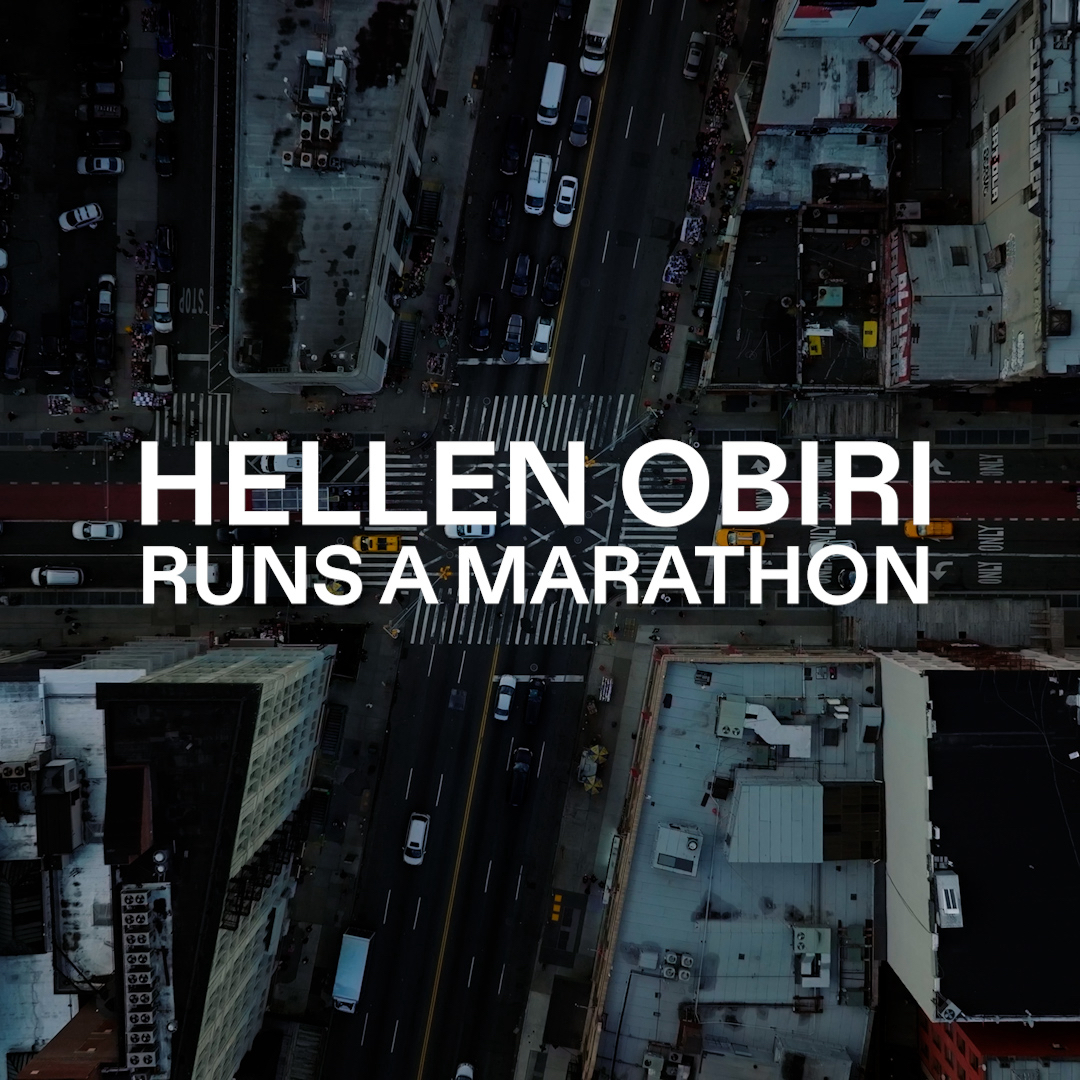 Hellen Obiri is the only woman in history to win a world title in indoor track, outdoor track, and cross country—having raced in 1500m, 5000m, and 10,000m events. The two-time 5000m world champion and two-time Olympic silver medallist is already in a league of her own, as one of the most admired and celebrated female athletes. The heartwarming journey of Kenya’s darling of the track is now being told in a new short film chronicling her transition from Nairobi to a new home and sporting family in America, as she takes on the next challenge and chapter in her running career.

Released this week, Swiss sportswear company, On, presents “Hellen Obiri Runs a Marathon” – an original short film written, directed and produced by Emmy Award-winning filmmaker, Andrew Hinton. The docu-style film gives audiences an unprecedented look into the life of this revered member of the sport of running, and Hellen’s accomplished career of podium placements from her competitive conquests around the world. With footage compiled from her hometown of Nairobi and shot on-location in the United States over three months, Hellen Obiri Runs a Marathon is the story of how a world champion athlete and mother from Kenya sacrifices everything she has known to start a new life in the U.S. In her quest to run 26.2 miles faster than anyone else, and add the iconic New York City Marathon to her list of accolades, the film portrays an inspiring journey of unwavering courage and enduring human spirit.

The eight-minute film opens with archived footage of Hellen’s breathtaking accomplishments on the world stage, in a remarkable yet relatively short-lived career, showing how she established herself as a world-class talent and one of the best in her sport.  The story evolves with her transition onto U.S. soil, as she says goodbye to her husband and daughter in Nairobi and begins a new life with her On Athletics Club (OAC) family in Boulder, Colorado. The film takes viewers behind the scenes working with her new training partners, as well as with her new mentor and coach, Dathan Ritzenhein. Casual scenes are captured off the track, showing new friendships being built within the OAC, between Hellen and fellow athletes Alicia Monson and Sage Hurta. The film turns to Hellen’s preparations for the New York City Marathon and the pressure of her upcoming marathon debut, as cameras accompany Hellen in New York to capture deep emotions upon her entering into new and unchartered territory.

“We know that Hellen knows how to win. She’s proven her fiercely competitive inner spirit and ability to break barriers time and time again,” says Feliciano Robayna, executive producer and head of sports marketing at On. “Hellen Obiri Runs a Marathon brings a superstar athlete ‘Out of the Unknown,’ both in terms of personality and as a quantity in the Marathon distance. Despite her sacrifice and a new life without her family, Hellen never stops chasing new finish lines and shows she is unafraid of change.  Hellen is the epitome of courage, a torch and guiding light in the face of adversity and the unfamiliar.  The new film will show an inspiring journey from Nairobi to New York and answer the question ‘Who is Hellen Obiri?’ If you don’t already know her, you soon will.”

Hailing from Kisii, Kenya, Obiri, 31, is the latest running sensation added to the On Athletics Club roster. Obiri’s many accolades include 5000m Silver Medalist at the 2016 Rio Olympics, back-to-back 5000m world champion in 2017 and 2019, 5000m Silver Medalist at the 2021 Tokyo Olympics and 5000m Silver Medalist at the 2021 Diamond League Final. In 2022, Hellen won gold at the Half Marathon in Istanbul, Gold at the Half Marathon at England’s Great North Run, Gold at the XC 8.0km Northern Ireland International Cross Country Championships, and Silver in 10,000m at the World Championships in Eugene, Oregon. After closing out her track career at the 2022 World Championships in Eugene, Obiri transitioned to road racing with the backing of the Zurich-based performance brand.

“We are very excited and honored to finally have Hellen join the On Athletics Club team in Boulder,” says OAC Head Coach, Dathan Ritzenhein. “We understand the sacrifice she has made by leaving her family in Nairobi and coming to the United States to continue her career, which truly shows her team spirit and dedication to the sport. The NYC Marathon is the biggest in the world, proving to be a real test of character, and we are confident that Hellen will rise to the challenge as a true champion. The versatility of Hellen’s success in both track and road indicates there is a bright future ahead, and we are thrilled to be a part of her new journey.”

Hellen Obiri Runs a Marathon presented by On can now be seen at www.on-running.com/on/hellen-obiri-runs-a-marathon.