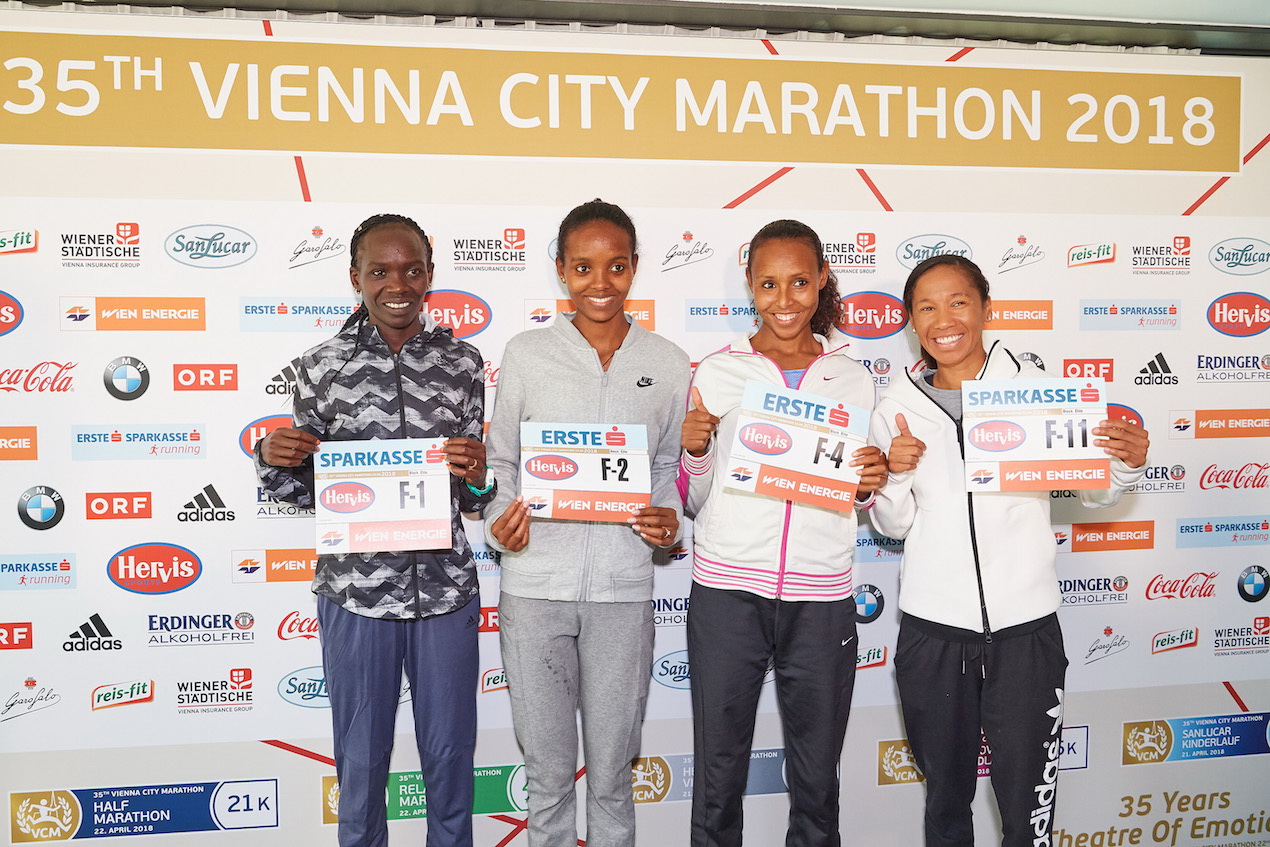 Kenya’s defending champion Nancy Kiprop and Helen Tola of Ethiopia are the likely favourites at the 35th edition of the Vienna City Marathon on Sunday. While world-class runners from Africa will surely again dominate the race, on a more broader aspect Austria’s biggest sporting event has achieved a remarkable feat regarding mass participation and a much more active lifestyle in the whole country. As Race Director Wolfgang Konrad explained, studies have shown that around 12 per cent of Austrians nowadays run at least once a week. And the Vienna City Marathon, which is the country’s only IAAF Gold Label Road Race, has been the trendsetter for the sport for decades. The 35th edition of the race will be shown live online at www.vienna-marathon.com on Sunday with the coverage starting at 8.30 am local time (CET).

Including races at shorter distances, among them a half marathon, a total of 41,000 runners from 130 nations have entered the Vienna City Marathon. Around 8,250 of them compete in the marathon. It is the sixth time in a row that organisers registered a total of more than 40,000 entries for Austria’s best quality road race. The marathon has been shown live on national TV since the early days and has drawn huge numbers of spectators for many years. Both Austrian elite runners present at today’s women’s elite press conference, Katharina Zipser and Eva Wutti, recalled that watching the Vienna City Marathon in the past was a huge motivation for them and that it was a dream to one day race in this event.

“I firmly believe that the Vienna City Marathon has made a huge contribution to the sport of running in Austria and to a much more active and healthier lifestyle of our population,“ said Wolfgang Konrad. „Today more than one million people in Austria run at least once a week.“ Taking into account that Austria is a relatively small country with a population of around 8.7 million these are really impressive figures.

Wold record holder Dennis Kimetto of Kenya is the star attraction in the men’s race. However it looks more likely that the women’s race could produce a course record on Sunday. The 18 year-old mark stands at 2:23:47. It was Italy’s Maura Viceconte who ran this time in 2000.

„It is my goal to run faster than last year and break the course record,“ said defending champion Nancy Kiprop. The Kenyan clocked a personal best of 2:24:20 a year ago in Vienna despite unfavourable weather conditions. She recently won the Venlo Half Marathon in the Netherlands in 67:47, showing some promising form. Already a long career of around two decades behind her the 38 year-old does not think about retirement: „The future looks promising. I feel I am getting younger not older,“ said Nancy Kiprop.

The defending champion probably has to be in peak form to win again in Vienna. There are three runners in the race who have already run faster than Nancy Kiprop. Helen Tola is the fastest on the start list with a personal best of 2:22:51. She was fourth in Berlin last year with this time. „I would not say that I am the favourite. But I have trained well,“ said Tola, while fellow-Ethiopian Fatuma Sado hopes to improve her personal best of 2:24:16. Bahrain’s Merima Mohammed, who originally comes from Ethiopia as well, features a PB of 2:23:06. But it seems doubtful that she could be in top form since Mohammed ran the Nagoya Marathon little more than a month ago, finishing sventh with 2:27:41.

„Although it might get quite warm during the race we still hope that the course record will finally be broken,“ said Wolfgang Konrad. Such is the public interest in the Vienna City Marathon nowadays that national TV station ORF showed the two elite runners’ press conferences live for an hour each on Thursday and Friday.