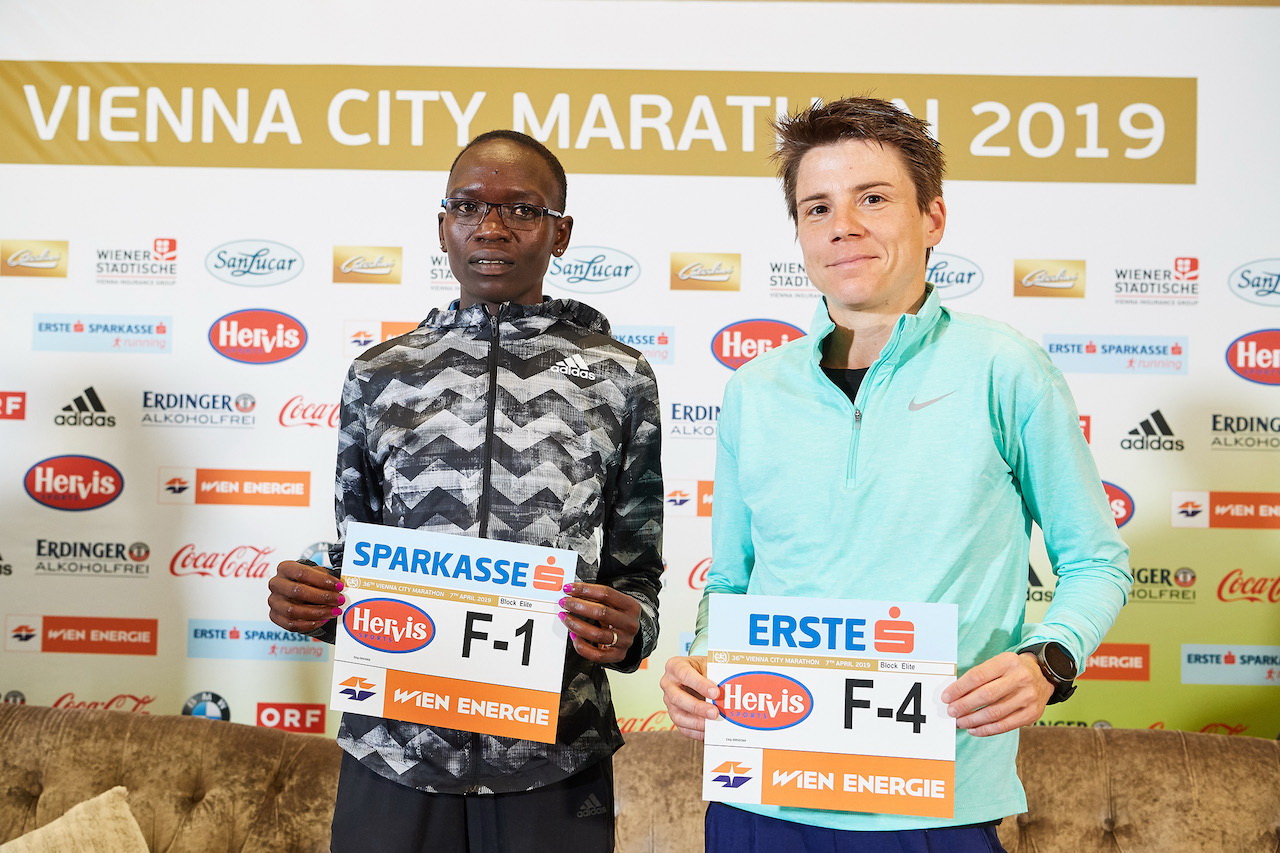 Nancy Kiprop says she is ready to make history in the 36th edition of the Vienna City Marathon on Sunday by becoming the first woman to win Austria’s biggest sporting event three times. The Kenyan, champion for the past two years, has arrived in the kind of shape which makes her believe that she can improve on her best of 2:22:46 and that would also improve the course record by a considerable margin. But she should face strong opposition in the form of Ethiopia’s Rahma Tusa, whose best is 2:23:46 and her fellow Kenyan Angela Tanui who has been in fine condition over shorter distances recently. Swiss Record holder Maja Neuenschwander, the 2015 winner, is looking to restart her marathon career after a lengthy injury. The Vienna City Marathon is an IAAF Gold Label Road Race and more than 40,000 are expected to participate in the marathon and its parallel events.

Nancy Kiprop radiates enthusiasm for running and life in general and there was no dimming of energy when she spoke about her aim on Sunday: to win the Vienna City Marathon title for a third time and break the course record. The latter currently stands at 2:23:47, set by the Italian Maura Viceconte in 2000. Judged by her recent performances, Kiprop is right on schedule since she improved her best to 2:22:46 to finish seventh in Frankfurt last October. “I’m excited to be here once again and am really going for a personal best. I’d be really happy if I can run around 2:22 or 2:23 and that would be a great achievement for me,” said the Kenyan at Thursday’s press conference.

She has won the title for the past two years and holds the second and third fastest women’s times ever in Vienna with 2:24:18 in 2018, two seconds faster than her winning performance the previous year. But she concedes that the one factor which can play havoc with any record attempt is the Viennese weather: “Vienna is a perfect course but the challenge is the weather. Sometimes it is very warm but the course is perfect.”

Nonetheless, she coped with hot conditions to run the event’s second fastest time last year. Wind can also be a factor so Kiprop will also keep a close watch on her rivals such as the Ethiopian Rahma Tusa, three-times winner of the Rome Marathon and with a best of 2:23:46 from her 2018 win in the Eternal City. Making good progress up the marathon charts is Nancy Kiprop’s fellow Kenyan, Angela Tanui. Her best is 2:26:31 and she ran 69:53 to win the Naples Half Marathon in late February.

On recent form Nancy Kiprop certainly has a strongest claim to go to the start line as women’s favourite. She credits her resilience and motivation not only to a passion for running but to the project which has a strong connection with her first Vienna City Marathon win in 2017. She used the prize money to establish a school in her local village at Chesitek, near Iten in Kenya. It is now flourishing with over 120 students and seven teachers: “It has given me extra motivation. My entire school now depends on my work [Running] and this is something you can do from your heart.”

Another who has tasted victory in Vienna is the Swiss record holder Maja Neuenschwander. She won the VCM title in 2015 and her best of 2:26:49 was achieved in finishing sixth in Berlin later that year. Her marathon sequence continued to improve and she finished 29th in the Olympic Marathon in Rio in 2016. But a stress fracture ruled her out of competition last year and Vienna will mark her cautious return to the classic event.