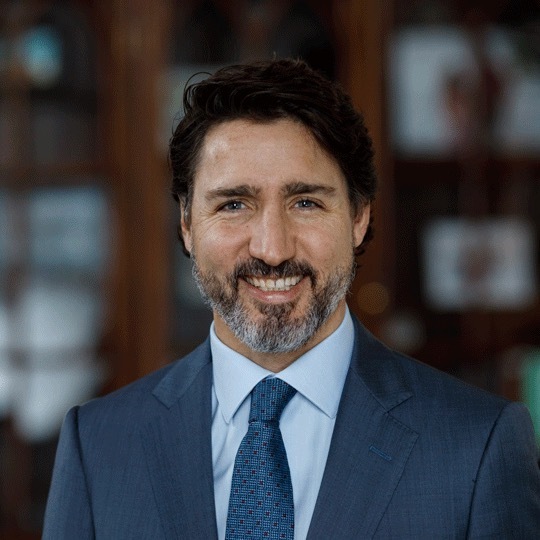 Prime Minister Justin Trudeau, known as much for the scandals that plague him, as he is for jogging, just barely won an election that he called early. It was a purposeless, waste of taxpayer’s money, time, and resources. And the minority government is now rendered nearly inert. It was a supremely arrogant and failed attempt in a wasteful popularity contest.

It was less than a year ago his image was broadcast and out of the mouth of this babe was, “the people of Canada don’t want another election in the middle of a pandemic.”

As of early Tuesday morning, the parties were were leading or elected:

Trudeau is known to visit his constituents around the country and jog 5k with the various townsfolk on the scripted runs — he pretends to not be a suit, as it where. Various photo ops have him canoeing in public waterways, practicing judo, and demonstrating desk-office yoga. The former high school drama teacher is too cute for words and apparently too short on ethics.

For example, he appointed an indigenous woman to the role of attorney general for optics, as he has done with most of his appointments. Although Jody Wilson-Raybould is more than capable, her tenure was cut short. She just released a tell-all book about the affair titled “Indian” in the Cabinet: Speaking Truth to Power. She is more accomplished and better educated than our fearless leader. His first mistake was thinking that if he surrounded himself with better people, it would make him look good.

Who is Jody Wilson-Raybould

From her bio at Harper Collins:

“The Honourable Jody Wilson-Raybould, P.C., Q.C., M.P., is the Independent Member of Parliament for Vancouver Granville. She served as the Minister of Justice and Attorney General of Canada, the Minister of Veterans Affairs and the Associate Minister of National Defence until her resignation in 2019 following the SNC-Lavalin affair. Wilson-Raybould is a lawyer, an advocate and a leader in British Columbia’s First Nations. She has been a provincial crown prosecutor, a councillor for the We Wai Kai Nation, a chair of the First Nations Finance Authority and has served as regional chief of the BC Assembly of First Nations.

Wilson-Raybould was influenced to step down during a scandal with a company called SNC-Lavalin. The company would escape criminal investigation if she was to step down. Ethics Commissioner Mario Dion found that “Trudeau directly and through his senior officials used various means to exert influence.”

Wilson-Raybould is not the only person to step down. At least three others in the government did the dead related to this affair including Trudeau’s principal secretary Gerald Butts, as did Michael Wernick, clerk of the Privy Council. Also, Jane Philpott, the president of the Treasury Board resigned. Due to Dion’s report, the RCMP announced weeks before the federal election that it will be “examining this matter”

The higher ethics mirage is not going well.

Trudeau is a former high school drama teacher. At some point, perhaps twice, he has worn blackface. One of those times was at Halloween. Although he was likely not in any way acting in a racist manner, the carelessness is construed as racist. At the very least, not a very well thought out idea. But who knew this cute-as-a-button son of a three-term prime minister, Mr. Pierre Elliot Trudeau, would run for office? And certainly, the release of the photo evidence just before the previous federal election was a tactical move; slightly dirty tactics from the opposition.

However, he can scheme. It seems that every cabinet move and appointment that he made when he first rose to power was in deference to the previous government. It was similar to school-yard politics. It was somehow personal to make sure he surrounded himself with people who would not be appointed in a Conservative cabinet (true or not, it appeared tacky). He made appointments not necessarily because they were the best candidates, but for optics. Some of those appointments have come back to bite him, including Wilson-Raybould.

Her book, the SNC-Lavalin affair, and the blackface debacle likely kept him from a majority government, for the second time. Once again to lead an inept, nearly powerless minority government. The Conservatives, with a new leader at the helm, and seeing an opportunity to pounce, won nearly as many seats, again. Their advertising campaigns went from “he is just not ready” in the previous campaigns to “he just called a $600 million election in the middle of a pandemic.” The purpose behind the federal election, called two years early, was to win a majority government so that he could rule the land with authority. Spending on the social safety net has been his modus operandi to keep the vast majority of voters in this country above water and generally happy during the pandemic and therefore ready to vote for him again. He added two years to his tenure as PM though. There is that; the flail that it is.

Perhaps the Conservative’s promise to dig the country and government out of the Liberal spending nightmare without disrupting that social safety net was sounding too good to be true. It likely was. Erin O’Toole. the leader of the Conservatives was borrowing rhetoric from his competitor’s campaigns while promising a version of fiscal responsibility. In reality, you can’t have both.

The Canadians who voted Liberal did not necessarily vote for Trudeau. The Liberals seem to be Canada’s safety net in the middle of political and economic uncertainty. As times continue to be somewhat uncertain due to the pandemic, at the end of the day, O’Toole was too good to be true and as always the New Democratic Party (NDP) is just too left-leaning. This, even though polls showed that their leader Jagmeet Singh is considered the most trustworthy and the most likable candidate. Singh seems to be the most down-to-earth party leader and perhaps deserved more seats, but it has always been this way for the NDP. From Tommy Douglas in the 1960s to Jack Layton in the 2000s. These nice guys finish last (third) each time out. They did, however, gain two new seats this time around.

Is Trudeau guilty of cronyism? Apparently so.

In June 2020, Canada announced it had tapped WE Charity — known for its celebrity-filled WE Day conferences — to run a new program for students who have been impacted by economic issues.

Trudeau faced a third ethics investigation by 2020 — just five years into his tenure in office. This, over the government’s decision to task WE with administering the program. WE Charity Canada was slated to receive $43.5 million to manage the program under the agreement.

Like Trudeau, former federal finance minister Bill Morneau’s family had alleged ties to WE Charity. Apparently, two of his daughters were associated with the organisation. Additionally, Trudeau’s mother, Margaret Trudeau, was allegedly paid $250,000 for speaking at several WE events over four years. His brother Alexandre was paid $32,000 for speaking at eight events in 2017 and 2018. Justin Trudeau apparently made regular appearances himself.

Either he is guilty of conflict of interest and cronyism or he is just not that smart and therefore guilty anyway; stumbling drunk on his cute-as-a-button persona into a Lake Ontario-sized squall of conflict.

Certainly, calling an early election was just not that smart of a thing to do. With controversy trailing him, the pandemic still very much front-page news, he announced the early popularity contest only to find out that nothing has changed. When the pandemic passes, eventually, and when the economy is rip-roaring again, he will be tossed out on his ear, post haste.