The 13th annual Wanda Diamond League will take place in 14 host cities across four continents during the 2022 track racing season. Two series meets are set to take place in China in July and August. The second Chinese location is yet to be determined.

Many of the world’s best athletes will compete through the series for points, money, and to make the Wanda Diamond League Final.

The schedule starts in May and runs into September. The finale will happen in Zurich in a two-day meet. Athletes will compete for the Diamond League Trophy.

During the 2021 season, nine new series records and 134 meet winners happened as the series returned to full competition for the first time since 2019. Athletes used the high-level meets to sharpen for the Tokyo Olympic Games.

At each of the 14 series meetings, athletes are awarded points in descending order of 8, 7, 6, 5, 4, 3, 2 or 1 point for ranking 1st to 8th respectively. The top six in the field events, top eight for 100m-800m, and the top 10 for 1500m and long distances will qualify for the Diamond League Final in Zurich. In case of a tie, the best legal performance of the qualification phase wins.

The final three format, which is trialled throughout the season in horizontal and technical disciplines, will not be used in the Wanda Diamond League Final.

The winner of each Diamond Discipline at the Final will become “Diamond League Champion” and be awarded a Diamond Trophy, USD $30,000 prize money and a wild card for the World Athletics Championships (certain conditions apply). 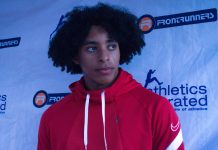 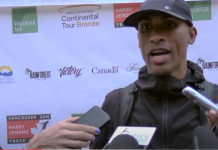 Gabriela DeBues-Stafford out of World Championships with injury