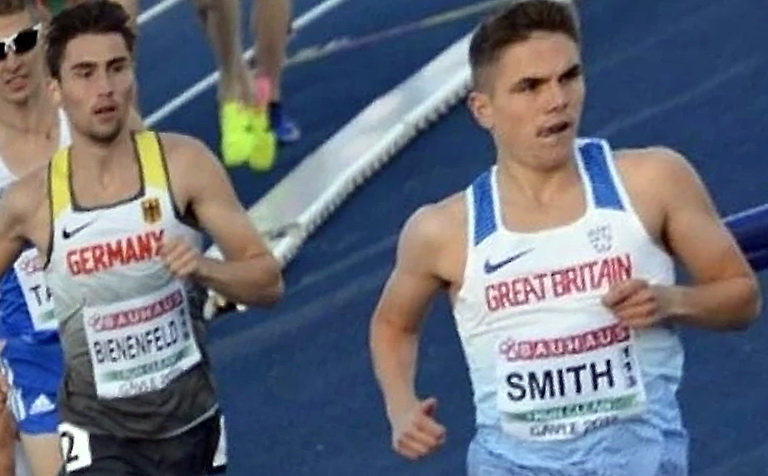 Welshman Jake Smith is coming out. Going forward he will self-identify as an Englishman.

Smith was born in Bermuda. He became eligible to compete for Wales as he was based in Cardiff, while he studied at Cardiff Metropolitan University for three years.

The 22-year-old bettered Jones’ 34-year-old record during the World Half Marathon Championships that took place in October in Gdynia, Poland.

“The big turning point for me was when I broke Steve Jones’ half-marathon record,” Smith wrote on Instagram.

For Smith, the World Championships performance was surreal. At the finish line, he was greeted by World Athletics President Seb Coe.

“It was a crazy moment. I’ve looked back at the race and the camera and me crying on the fence. It was the first time I’d met Seb Coe and I basically started crying right there.”

The legendary Jones had run the half-marathon in the time of 60:59 on a downhill course and officially held the record at 61:14 since 1986.

He also held the marathon world record at 2:08:05 from his Chicago run in 1984. The time was bettered shortly after by Portugal’s Carlos Lopes with his 2:07:12 performance at Rotterdam. Jones came within one second of that time later that year running Chicago in 2:07:13.