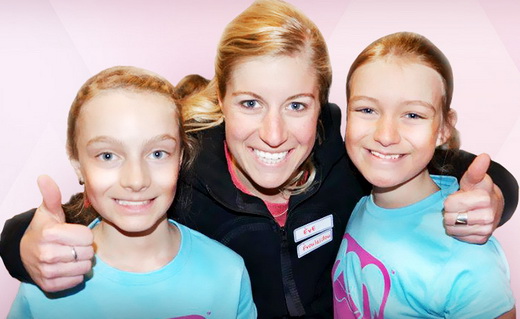 Things have definitely changed, more women run the marathon now than ever and more than men do. And in ultra-distances, women compete just as well or perhaps even better than men in comparison to the typical 10-11% gender performance difference that exists in most other distances. For example, the 100-kilometre road world records have a gender performance gap of just 5.1%. So much for the 800-metre being the physical limitations of female athltes; there are no limits.

In Canada for example, many of the medals from global championships come from women sports, such as soccer, baseball, rugby and athletics.

One can argue that there are still many nations that do not promote women’s sports, therefore the competition may not always run as deep in comparison to men’s sports, however, it is organizations such as Fast and Female, that allow Canada to lead the way globally; to be ahead of the competition, by supporting participation and giving more meaning to athlete’s competitive lives.

Asked what it means to be Fast and Female, Jessica Furlan, a middle-distance runner from Regina, who is an ambassador said, “I have been connected to Fast and Female for the past ten years, first as a participant and now as an ambassador. I was really lucky to be able to attend some of the first Fast and Female events when I was a teenager, and seeing how the ambassadors interacted with all the girls really opened my eyes to how my personal athletic pursuits could be used for much more than just my own achievements.”

“I am so glad that I can now be on the other side of things, working to inspire the next generation of young women through a program that did so much to inspire me when I was young,” she added with the hashtag:  #SpreadTheLove

Young women age 8 to 18 have the opportunity to take part in a Fast and Female day with elite Canadian athletes, in various locations across the country. Currently, there are events scheduled for Timmins, Victoria, Collingwood and Toronto, with select international events as well.

University of Victoria Vikes alumna, who has also run competitively for Canada in the 800-metre distance, Rachel Francois agrees, “Having Fast and Female means so much for the world of sports, as an organization that encourages young girls to stay involved, keep positive associations with strength and activity, and fosters empowerment and leadership.”

Fast and Female isn’t just for runners, for example, 2016 Rio Olympic beach volleyball player, Jamie Broder of Victoria, will be one of the featured ambassadors during the Victoria-area event.

Broder is a 13-year veteran, competing in the Federation Internationale de Volleyball (FIVB), an international circuit where the best athletes compete. She has won gold six times and placed top-10 in at least 30 other times during her career.

“Growing up in sport allowed me to build my self-confidence, learn valuable leadership skills, and develop lifelong friendships.  The environment that Fast and Female has created is one where sport is celebrated, healthy active living is encouraged, and supportive relationships are developed.  These events create a connection to the sport ambassadors in their local communities, so that young girls have a positive role model in sport to look up to.  Sharing the joy and passion that I have for sport is something near and dear to my heart.  I hope to inspire many young females to stay involved in sport, and recognize that beyond competition there are many ways to challenge yourself and build skills that will last a lifetime,” shared Broder. “The Fast and Female motto rings true for me, “Girls in sport are empowered for life.””

Furlan reflects back to her early days with the Fast and Female program, where she wrote an essay on what it meant for her to go to one of their early camps. She earned a trip to Canmore for her efforts. That was back in 2006 – like Broder says, “Girls in sport are empowered for life.”

“I was one of 12 girls from across the country (one from each province) to be selected to go to Canmore for the weekend of the event. Our travel was subsidized and we stayed with host families. It has been cool to see what that group of 24 of us (the 12 girls and our host “sisters”) have done over the years. Some have been on the national team for XC skiing, others have been involved with different sports or academic pursuits, but I think being part of a program like this was very impactful and motivating for all of us.”

Although women outnumber men in road races, especially the marathon, it is during the early teens where there is a precipitous drop-off in participation numbers sport with girls versus boys.

Calgary’s Jessica O’Connell, who competed in the 5,000-metre event at the 2016 Rio Olympic Games also supports the Fast and Female events. She told Athletics Illustrated, “I’ve been volunteering regularly with Fast and Female for the past three years, and I keep coming back because the program is tremendously valuable. Girls drop out of sport at a rate six-times greater than their male counterparts in their early teens, and Fast and Female aims to better this statistic by changing female adolescent sporting culture – no small endeavor! Every one of the Fast and Female events I’ve attended has been a blast, energizing and empowering for young athletes and elite sport ambassadors alike.”

O’Connell also competed in the world championships and owns a best of 15:06.44.

Madeline Yungblut who competes in the 3,000m to 5,000m distances and is an alum of the powerful Guelph Gryphons agrees, “Keeping girls in sport is essential: sport instills confidence, determination, and resilience. And it teaches them skills they can use to chase any of their passions in life.”

Fast and Female do great work providing, young aspiring athletes the opportunity to continue with sports through female-only events that provide support for their competitiveness and deeper meaning for their outlet.

Full details can be found, here>>