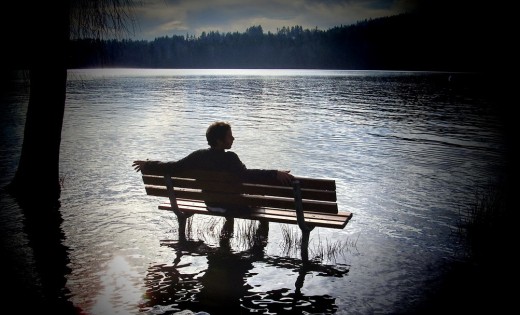 This one Friday, we were expecting a delivery of a batch of U-brew beer (60 beer, 10% alcohol, 500ml each) that he and I ordered from a work pal named Lorne. (By the way, these are their real names, to protect them. No one will know). The beer batch had three flavours: Dark Chocolate Porter and two others. I remember thinking – being a self-professed beer purist – that I do not want a beer with unmanly flavours. It wasn’t protocol. It perhaps was akin to handing a Mike’s Hard Lemonade to a guy who just ordered a Guinness; just plain wrong. I offered to trade my DCP with Sheldon for something that adhered to the Bavarian Purity law of 1516. The Bavarian Purity Law was also known as The Reinheitsgebot or German Law of Beer Purity and was actually put to law in 1487. Sadly it has been repealed, but in any case, I take pride in adhering to it, like a real man: water, yeast, hops and barley, that’s it.

We have a local race named the Gunner Shaw Cross Country Classic. It is nearly 10k of rocks, roots, dirt, puddles and major hills. One puddle gets knee-deep and is over 50m long. It’s infamous. In fact it at one time would get chest-deep before global warming. OK, that is not true, it used to get chest deep before the park staff decided to fill it in with gravel. The race is named after a great local runner who was as well known for his generosity as he was for his character training regimen, meaning mileage and a lot of it out at Thetis Lake where this race takes place. This is a piece of information that you will need to know in advance as we move towards the conclusion of this story.

The office was a labyrinthine maze of gray cloth dividers-that-make-cubicles which only the most mentally disturbed office floor planner could have designed. By the time six months of employment had passed, I stopped getting lost on the way to my cubicle. This meant no more complaints of footprints discovered on unsuspecting fellow worker’s desks. “Bloody hell, AGAIN someone walked on my desk.”

Lately, it had been raining incessantly for what seemed like a long time, we are talking several weeks without letup. Even for a rain forest, it was overly rainy. On Vancouver Island, we have mild winters compared to the rest of Canada. We are OK with the rain however, this particular winter of 2008-2009 was an El Nino winter, which in Spanish means: ‘spores will grow in your ears’.

This office building is located in a quasi-industrial park just north of town, the area is surrounded by farms where the farmers grow your typical fruits and vegetables or have livestock: cows, horses, sheep, lamas and alpacas. One guy has a Siberian Tiger, but was told to get rid of it. I hope he sent it to a zoo and it is not just wandering about. The area is populated by black bears, cougars and deer. I understand the behaviour of these animals, I am not sure what to think if a Siberian Tiger approaches me. Perhaps I just need to outrun Sheldon.

Anyway, our route starts on the road and heads west for two kilometres, before heading north across a farmer’s field on his gravel and dirt road. About 800m along, we run a little dogleg to the left along a footpath for 400m. There is a berm to the right of the footpath, which is grassy and soft; it lies between the farmer’s road and a ditch which is about eight feet deep, and the walking path, which is side-by-side-by-side-by-side. This area – the lowest part of the acreage was the most flooded. In fact, we had never seen anything like it. The road had water on it the whole way and by the time we got to the footpath the water stood over knee-deep. Typically the footpath would get to ankle deep and we would just run through it, but not today. The temperature this day was 4 degrees Celsius or 200 Fahrenheit …OK 38F.

So we headed north and splashed all the way marvelling at the massive flood across neighbouring fields and the various waterfowl swimming about in all their glory. At this time, Sheldon decides to lead us onto the berm, as it is narrow, you have to run single file on it. For some reason, Sheldon forgot that there was an eight-foot ditch to his left between the berm we were on and the path. It was indistinguishable from the knee-deep footpath. So much to my surprise, Sheldon took a leap and disappeared.

His hat floated there for some time. I was concerned because it seemed like a really long time, but no bother, he came up under his hat breathing and panting like a deranged madman, furiously grasping at the grass and exposed roots and kicking into the bank desperately trying to climb out of the ditch. He appeared – if for just a brief moment – like a crocodile – launching at prey after sitting eyes-deep in the water for two days, waiting for the perfect opportunity to strike at a German tourist named Hansel Gayhardt, on his first visit to Australia.

He climbed onto the path and straightened himself out. I started to laugh. I laughed so hard I was bent over yelping, grasping my knees in a white-knuckle death grip. I couldn’t breathe at first, the oxygen wasn’t coming, I was braying like sheep on the exhale (try that) and on the inhale I sounded like passing traffic. This went on for some time. Once I had collected myself, I looked up at Sheldon, who was standing there with his hands on his hips, looking every bit the drowned rat that he was, he ceremoniously replaced his hat upon his head and announced, “that was way worse than Gunner Shaw.”

When we finally sat down at our desks, Lorne came by with our flats of 60 beer, each. It was Friday and Sheldon just had a near-drowning experience, so he hands me a DCP, I took one sip and undid the trade.