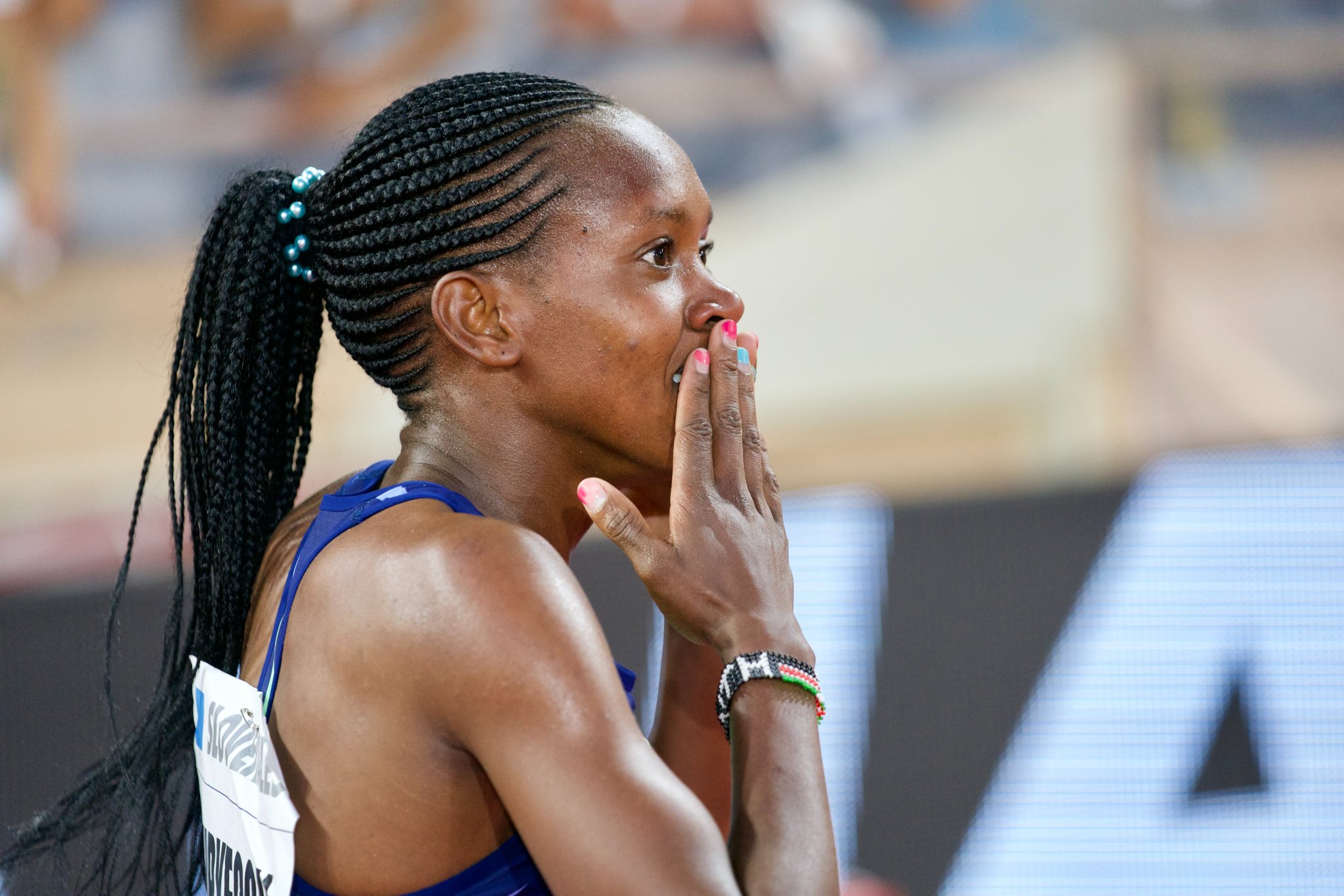 Before any of the current crop of athletes were born, in 1988, George Michael’s song and album of the same name “Faith” both topped the Billboard charts – the year of the Seoul Olympics.

He wasn’t talking about athletics when he added, “But I gotta think twice before I give my heart away/And I know all the games you play because I played them, too…”

But that stanza seems poignant now, as someone will be picking their heart up off the track after Faith Kipyegon delivers.

Kenyan, Faith Kipyegon, won her semi-final heat in the time of 3:56.80. So much for tactics. The 27-year-old Rio 1500m defending Olympic champion is also the 2017 London and 2019 Doha World Athletics Championships gold and silver medallist, respectively.

Her lifetime personal best is a staggering 3:51.07 run just one month ago during the Monaco Diamond League meet.

Kipyegon’s Monaco race is the fourth fastest performance all-time behind Ethiopian Genzebe Dibaba’s 3:50.17, and two Chinese athletes Qu Yunxia and Jiang Bo from the 1990s who ran in the questionable Ma’s Army group. Kipyegon owns the fastest 1500m time on the start line in Tokyo. However, Sifan Hassan is right behind her on the all-time list at 3:51.95 from the Doha world championships run just two years ago. Hassan performs when it matters, even after falling down.

Hassan’s best is the seventh-fastest all-time, and more importantly second-fastest all-time on the Tokyo start line. However, is her attempt at an Olympic triple (1500m, 5000m, and 10,000m) going to leave her fatigued? Also, after falling down during the 1500m preliminary round, which forced her to race the final lap much harder than planned, going to affect her sharpness? Only time will tell. She did, however, manage to control the semi-final that she won to ease to a 4:00.23 clocking.

On paper, the women’s 1500m final is down to two athletes, Dutch athlete Hassan and the apparently much fresher Kipyegon of Kenya.

However, Canada’s Gabriela DeBues-Stafford won her preliminary heat leading from gun to tape and made it look easy. She finished third during the semi-final, appearing very composed and in control. Will DeBues-Stafford unleash her inner beast?

She owns at least seven national records and is the first Canadian to run under the four-minute benchmark for the distance. Her best is 3:56.12. Three of the athletes in the final have run faster than her during their lifetime Kipyegon, Hassan, and Muir.

Perhaps DeBues-Stafford will employ one of two tactics to take the supposed fatigued Hassan out of the race: run her legs off early with a blistering start or control the race in partnership with Muir, a former training partner, with a slow go and a sharp finish? This, in theory, would force Hassan to sprint the final 400m or 200m. Is there a scientist in the house who can determine if Hassan will be more cardiovascularly fatigued or muscle-damage fatigued? Or, amazingly fresh enough to win, regardless?

Who else is in the mix for a medal?

One athlete who appears to be ready to perform is Ethiopian Freweyni Gebreezibeher. She smartly finished the preliminary heat in the time of 4:04.12, which is rather pedestrian at this level. She allowed herself to cruise to a fifth-place finish. The 20-year-old then worked somewhat harder to finish second to Kipyegon in the semi-final clocking a 3:57.54. Considering the track is fast and racing with super spikes, the question is how much does she have left? Will she be a factor? “Yes” is likely the correct answer.

In Monaco this year she recorded a 3:56.28 performance. While purely time-oriented all-out race efforts like Monaco do not speak to the crushing effect of surging off and on and tactics of global championships, she certainly has the wheels to go at the bell.

What is it with these Ugandans anyway?

Is Uganda the new Kenya? The African neighbours have begun to re-write the record books. For example, Joshua Cheptegei, now owns the 5K road, 5000m and 10,000m world records. He had a year in 2020 that dreams are made of. Cheptegei took down Kenenisa Bekele’s 16-year-old world records with his performances of 26:11.00 and 12:35.36 and the road 5K at 12:51 is just as impressive – simply off the charts.

For the women, almost all of the road and track national records in Uganda have been set during the past two years. While, Winnie Nanyondo, does not have a 1500m best that compares with the aforementioned athletes, she owns national records in the 1500m, and mile at 3:59.56 and 4:18.65, respectively. Her 800m pb is very respectable too at 1:58.63 from 2014, so pre-super spikes. Nanyondo was just 20-years-of-age at the time.

Don’t be surprised by a new level of performance by this Ugandan.

Firstly, Australian Jessica Hull has run as fast as 3:58.81. Hull had her preliminary heat all sewn up to a cruise-like 4:05.28. In that race, it probably felt like a steady effort. However, she was pipped at the line by Hassan, who had to come back from her fall. Hull came back during the semi-final to set that aforementioned new lifetime pb. At age 24, she is likely beginning the peak of her lifetime ability. Who knows what an Olympic final will provide for this Pete Julian-coached athlete. Hull will need to dig very deep and perhaps go to some dark place to be a factor. She will need to luck into tactics that benefit her. Those tactics, whatever they may be, will not be something that she can dictate – she has a chance. Fellow Aussie 30-year-old, Linden Hall (3:59.67) who Hull often finds herself competing with is also in the race. Counting any of the athletes out is no longer a thing, as anything can and often does happen in global championship races.