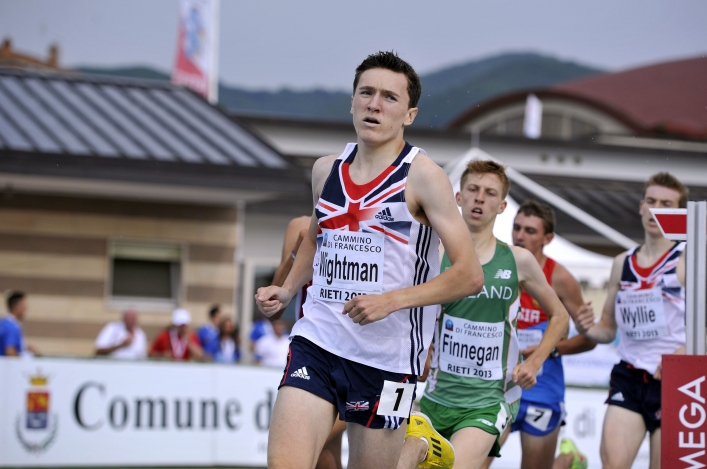 The Rabat Diamond League meet happened Sunday and the usual suspect, Elaine Thompson-Herah, did her usual winning and clocking a world-class time in the process. She demolished the field behind her. But what else is expected from the world’s fastest sprinter competing today.

The much anticipated season debut from Norway’s Karsten Warholm went sideways early. He cleared his first hurdle in the 400mh event which he holds the world record and that was it. An apparently pulled hamstring derailed him and he did not finish.

Elaine Thompson-Herah won the Rabat Diamond League meet in Morocco on Sunday, clocking a 10.83-second performance in the 100m event.

Finishing in second place was Marie-Josée Ta Lou of the Ivory Coast who clocked an 11.04 finish time. Clearly, the race wasn’t even close. Taking a distant third was Natasha Morrison in 11.22. Thompson-Herah and Morrison are both Jamaicans.

The 29-year-old Thompson-Herah is a five-time Olympic gold medallist. She holds four national records and has run the 100m sprint as fast as 10.54. Only American Florence Griffith-Joyner has run faster at 10.49.

Ethiopians swept the women’s 1500m event taking the podium in all three positions as well as sixth.

The entire field stayed within striking distance from the back to front for the first 750 to nearly 800m, then the field spread. The pacer Ellie Sanford took the leaders through 800m in 2:07.46. Pacer Kesanet Alemu took the leaders to 2:46 on the clock with Hirut Meshesha following close behind. Meshesha looked comfortable at the bell with 2:55.5 showing on the clock.

Freweyni Hailu tried to make a race of it, but Meshesha kept the lead for the entire final lap. Hailu had moved up several spots before the bell. Perhaps she made her move a little early. Australia’s Georgia Griffith also nearly moved into the third position on the bend but settled for fourth with a late-race fade.

For the 21-year-old Meshesha, it was a new personal best performance. Her claim to fame coming into the meet was a 2022 World Indoor Championships bronze medal in the 1500m, which she earned in the time of 4:03.39.

The 2022 World Athletics Championships standard is 4:04.20. Nine of 15 athletes bettered that time.

Hailu, also age 21 owns a best of 3:56.28, which she set last year. She earned a World Indoors silver medal in the 800m earlier this year. The 3:58.80 third-place performance is a new personal best for Embaye.

Great Britain went 1-2 in the men’s 1500m with Jake Wightman clocking a 3:32.62 finish time. Fellow Jake and fellow Britain Jake Heyward clocked a 3:33:54 for second place while Morocco’s Abdellatif Sadiki settled for third in front of his home crowd with a 3:33:93 clocking.

For Wightman, it was his third Diamond League win. His personal best is 3:29.47 from two years ago. He will be looking to better that time this summer.

He did, however, unleash a strong kick with 200m to go and took over with dominance coming out of the bend. Along the backstretch, Mohamed Katir, was fighting for the lead with Heyward, but at 1300m, Wightman flew past. Heyward ran well for second. Katir faded hard over the final 50m.

There was an issue with the start gun and a pair of athletes didn’t hear it. The field left them standing on the start line shocked that they took off seemingly prematurely. They got back into the race with a furious effort.

The World Championships qualifying standard is 3:35.00. Seven athletes bettered that time during the race.