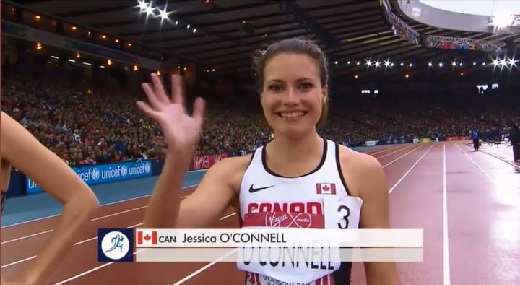 There will not be any preliminary rounds as per other international championships.

The athletes are listed below in order of personal best. The number one seed is O’Connell with her best performance of 15:06.44. O’Connell is having her most successful season to date, as she has set several new personal bests during 2015. The most recent was from her May 30th 5K road win in Austria, where she finished in the time of 15:33. Earlier in the month she took in the Payton Jordan Invitational where she ran a stellar 15:06.44. She has also run 1500m, 3,000m and 3,000m indoors personal bests this season. She appears to be a lock for a medal and has as good chance as any for gold.

One interesting athlete is American Kellyn Taylor. She has run well over the half-marathon distance with a 1:11:50 and the marathon with the fifth fastest American debut, which she ran this year at the Houston Marathon in January finishing in the time of 2:28:40. Her 5,000m is competitive at 15:21.41. She could surprise.

Fellow American Alisha Williams has run only four seconds slower than O’Connell. It has been two years since she achieved that time; however, this year at the Payton Jordan Invitational she ran the 10,000m in the time of 31:49.99, which is as good of a performance as her 15:09.73 5,000m. This should be a good race between these three athletes. It is likely that Mexican Brenda Flores will challenge for a medal as well. She has also demonstrated good fitness lately with a 31:45.16 10,000m performance at the 2015 Payton Jordan Invitational.

Marisol Romero of Mexico is seeded third here, however, it has also been two years since she achieved this time. She hasn’t run any distance at this calibre since. She does have a consistent range from 3,000m right up to the marathon and appears to run well in the heat, but I believe 15:21.41 is as fast as she will ever run the distance. She will have to fight for that bronze.

With O’Connell riding a very strong 2015 in a range of distances on the track as well as the road, she is likely the favourite going in, however, one unknown element of course is how the race will play out tactically, so anything can happen, however, if the race doesn’t go out at a pedestrian pace look for O’Connell to compete for the win.