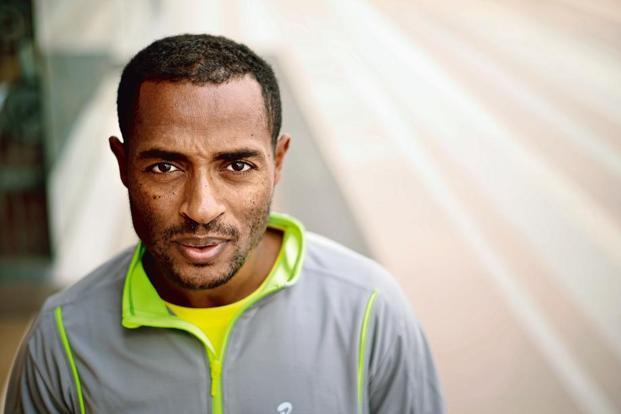 Ethiopian running great Kenenisa Bekele has the opportunity to become the all-time greatest marathon runner this fall. First, on Sunday, on the BMW Berlin Marathon course, he is taking a crack at Eliud Kipchoge’s current world record of 2:01:39. In November, just six weeks later, Bekele will be running the New York Marathon. New York is not a records-type course, but winning Gotham six weeks after Berlin would seal his fate. But, at age 39, can he do it?

His coach Haji Adelo told Olympics.com, “this time he goes hoping for better results and he is better prepared than he was in the last race in Berlin. He’s healthy and is in great shape and form. He is confident of the race coming this weekend.”

Two years ago, Bekele ran 2:01:41, just two seconds shy of Kipchoge’s performance the year prior in 2018. The 2019 edition offered poorer weather with some wind and steady rain. The 2018 edition provided near-perfect marathon conditions. Those two seconds separate Bekele from Kipchoge from being a near household name. Considering the poorer weather in 2019, one could argue that head-to-head Bekele would have defeated Kipchoge either year.

Kenyan Eliud Kipchoge won eight consecutive Marathon Majors. He had a tough go during the 2020 London Marathon in St. James Park with cold temperatures, wind, and steady rain. So, he finished in fourth position and in the time of 2:06:49. He came back to win the Tokyo Olympic Marathon to defend his 2016 Rio Olympic gold medal performance.

Buddha, as he can sometimes be referred to, because of his calm philosophical sound bites won the London Marathon four times in 2015, 2016 and 2018 and 2019. He won Berlin three times between 2015 and 2018 as well as Chicago in 2014. The 36-year-old has won a total of 13 marathons. Part of his lustre is about the great effort that Nike went to, to help him run the marathon distance in under two hours. To go where no man has gone before.

In 2017, in Monza Italy, on a car race track, he had all the pacers, the lead vehicle with pace lights and a closed loop course. Kipchoge came close but finished in the time of 2:00:25. Two years later in Vienna, Austria the time trial was tried again, this time he clocked a 1:59:40. Neither are official marathon results, but the performances have added much lustre to his legacy; perhaps a mystique. Currently, Kipchoge is considered the greatest marathon runner of all time.

Bekele, seems to be more subdued, perhaps less marketable as he keeps to himself and is not in the public eye as much as Kipchoge is. For this, the average jogger is not familiar with the Ethiopian.

Running 2:01:41 just a few years ago would have been a mind-blower. It is, as second-place finishers seem to be relegated to in the history books, one of the quietest all-time great performances. In fact, considering his change of pace during the 2019 Berlin Marathon and the inclement weather, it could be argued that 2:01:41 was a better result than 2:01:39, run the year prior.

Bekele has won an impressive 11 gold medals during the World Cross Country Championships. He was simply unbeatable from 2002 to 2008. He owns five World Athletics Championships gold medals as well as three Olympic golds all in the 5000m and 10,000m distance events. Bekele won the 2014 Paris Marathon and Berlin twice in 2016 and 2019.

Currently, as it stands and in all fairness to the athlete’s resumes, their careers are fairly equal in their quality. Both are legitimate candidates for the greatest male distance runner all-time. This Sunday, Bekele has the opportunity to grasp at the brass ring one more time and leapfrog Kipchoge for the world record. Should he do that and win in New York, there will be no denying his position in the history of distance running.